If anyone might’ve been wondering what was next for John Campbell, you don’t need to anymore. The former Laphroaig distillery manager his signed on as Production Director and Master Blender of the new Lochlea Distillery in the Scottish Lowlands. He will be heading up the production team ahead of the (now slightly delayed) release of their inaugural Scotch single malt whisky in early 2022.

John Campbell follows in the footsteps of another industry veteran, Malcolm Rennie, who has taken a job as distillery manager at the soon to be revived Rosebank distillery. Like Campbell, Rennie also has a long connection with Islay, previously working at Kilchoman, Bruichladdich and Ardbeg.

In a prepared statement, John Campbell says: “Moving over to the mainland and joining Lochlea Distillery is an exciting step for my career. It’s an opportunity to develop a whisky that is innovative and distinctive, with a distillery that shares my ethos on quality, environment and sustainability. Getting involved in the process from this early stage means I can help to define what Lochlea becomes.”

Lochlea Distillery is a working farm. All of the required barley is grown in the fields surrounding the distillery. The only other distillery that currently grows all their own barley is Daftmill. But Lochlea Distillery produces about 10 times more (capacity of 200.000 litres) and is also putting in a malting floor, which will make them truly a one-of-a-kind distillery in Scotland.

Lochlea’s Commercial Manager, David Ferguson, added: “From our first meeting it was clear that John’s values aligned closely with ours as a business. His experience at Laphroaig in growing an iconic global whisky brand over the past 27 years is impressive. Though the most exciting part for me is that he brings new ideas, an emphasis on quality and an entrepreneurial streak which shone through with the Cairdeas bottlings he was responsible for.”

A native Ileach, John Campbell moves to the Scottish mainland after a 27-year stint at Laphroaig, of which he spent 16 years in charge as distillery manager. In a message to the Friends of Laphroaig from late September 2021, he commented on his decision, citing family as the most important reason.

“For a long time, I’ve been travelling between Islay and the mainland to be with my family. Especially after the last two years we’ve all experienced, I’ve decided to make a permanent move to be closer to them and to take up a new challenge at an independent distillery company, so I will be relocating from Islay in mid-November.

“As you can imagine, this was not an easy decision for me. I have been at Laphroaig for more than a quarter century, and I’m proud to have been the longest-serving Distillery Manager in its history. Following in the footsteps of legends like Ian Hunter and Bessie Williamson has been the privilege of my life.” 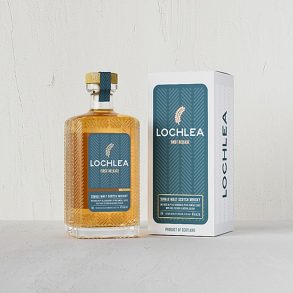