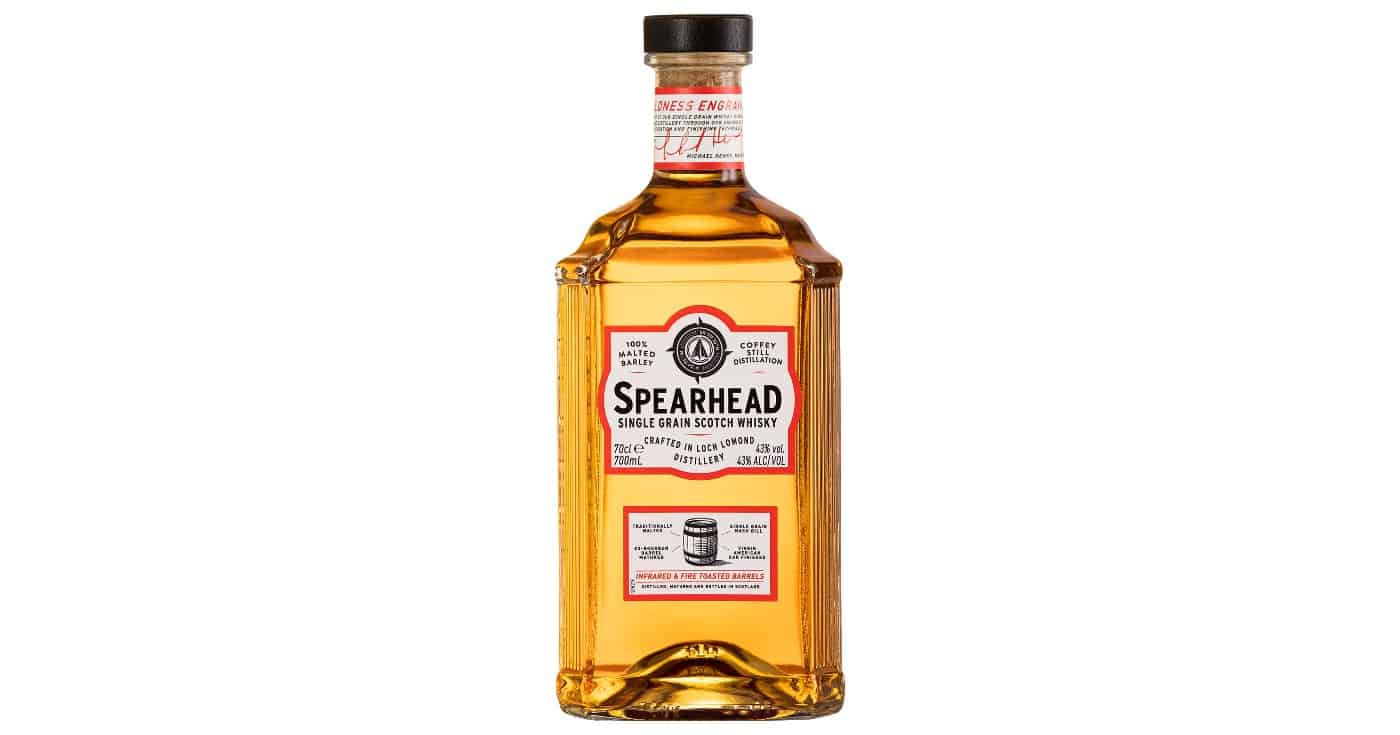 I’ve long admired the versatility of Loch Lomond Distillery. One of their most recent releases once again showcases what I’m talking about – Spearhead is a single grain whisky made from a 100% malted barley mash.

If you want to produce a single malt whisky, there’s probably no better location for your distillery than Scotland. Everything is nicely regulated, the industry has a great reputation and the Scotch Whisky Association will make sure no one will never take advantage of that good name.

However, if you’d like to experiment and play around, you’re better of somewhere else. Those nice regulations all of a sudden can become a restraint. There are only a limited number of categories you can produce. If your whisky falls outside of that, it’ll probably be classified as a single grain whisky.

The answer is simple. It’s not distilled in traditional copper pot stills, but rather in a continuous Coffey still. As far as I know, nobody else in Scotland is doing this. And Spearhead isn’t even the first Loch Lomond release that fits this bill. A Loch Lomond Single Grain Whisky has been around for a while. There’s even a peated version.

Compared to those two curiosities, Spearhead is decidedly more aimed at the cocktail market. The brand’s website urges us to forget typical whisky stereotypes, stating that Spearhead is “more mixable than your traditional tipple.” But before I start mixing, I’ll have sip of Spearhead just the way it is, without any additives.

Nose: My first impression is rather perfume-y and floral, but also citric acid, lemon zest and dark caramel. Finally some caramel, meringue and soft cassis notes.
Taste: A surprisingly creamy mouthfeel for such a low abv. The palate is less floral, more sweet. Plenty of vanilla, some toffee, but also a pinch of white pepper and some orange pith.
Finish: Lingering sweetness, processed sugar and a slight grassiness.

A decent drop, especially at a price that is budget friendly. Loch Lomond's Spearhead isn't aimed at the avid single malt enthusiast, but certainly fits the bill for an evening of casual drinking with friends. And it mixes well too. I made myself a Spear Med and loved it.

Next
Bruichladdich The Biodynamic Project (2021)