Littlemill. From a first-fill sherry butt. At 25 years of age. That’s promising.

However, not everyone is a fan of Littlemill, and I can certainly see why. I guess it is sort of an acquired taste, which I’ve mentioned before. The best way I can describe it, is that cardboard-y quality that Littlemill can have. It is something that I assign to the higher-strength new make spirit, which is caused by the distillation in the unique straight-necked pot stills.

These stills are still used at Loch Lomond distillery for their Inchmurrin malt whisky. That same Littlemill flavour profile can be detected in Inchmurrin, especially in examples of 20 years and older. Also, I’ve detected it in Auchentoshan sometimes which, although made in regular copper pot stills, is distilled thrice, and therefore the new make strength is 81 percent abv.

I of course can’t state for sure that’s why I find similarities between this trio, and I my theory could be plain wrong. Please correct me if necessary. I just thought it interesting. Let’s taste!

Nose: The soft, dry sherry notes are balanced well with the typical Littlemill fruitiness and slight cardboard aromas, followed by glue and cereal husks. It’s a tad shy at first, but opens up if you give it some time. Passion fruit, shades of mango, as well as galia melon.
Taste: Perfect. Juicy and a little less dry than the nose suggests. Grapefruit and oranges, and that cardboard-y taste is here too. Whiffs of milk chocolate, ginger and rye bread. Whispers of Earl Grey tea as well.
Finish: Bitter pink grapefruit galore with hints of toffee.

Certainly not a very active first-fill sherry butt, but that works very much in favour of this Littlemill. Great integration of spirit and cask, this reminds me of what makes Littlemill such an enticing and attractive single malt. 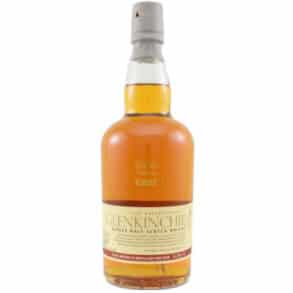