It’s been a while since I’ve reviewed a Littlemill on this blog, so I thought it was time to go through my stash of samples to find one from this closed Lowland distillery. I came up with a gem from independent bottler Gordon & Company. They’ve been around for a couple of years now, and have released around a dozen different single casks from Littlemill. Impressive!

A little over two years ago I compared Littlemill to Port Ellen. Now obviously Littlemill hasn’t reached the heights of Port Ellen (and most likely never will), but prices have soared. After a burst of releases in 2013 and 2014, the well seems to be drying up a bit. I wonder how many casks of Littlemill are still out there?

Another excellent Littlemill. It’s obviously not the case with every whisky, but with Littlemill I really do feel like the older, the better. Originally around 110 euro, now probably three times that (if you can find it).

Thank you Arjen, for sharing this sample. 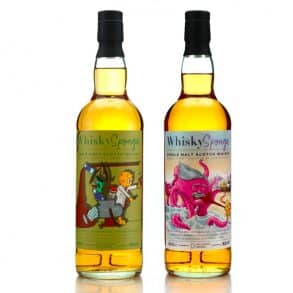