As I’ve written earlier this year, I’ve decided that this is the year that it is still affordable to buy whisky from Littlemill, a distillery that was demolished in 1996 and is getting more and more of a cult following. Since I’ve published that article, prices of Littlemill have steadily risen, and in the mean time I’ve expanded my collection with some more bottles from this (in my eyes) iconic Lowland distillery.

Some bottles are closed and will remain that way for a while. Others I’ve opened. That means it is time to review some more expressions of Littlemill on Words of Whisky. Because so far I’ve only posted notes on one. A little bit on the meager side for someone who thinks of himself as a Littlemill-fan. Wednesday I’ll post my thoughts on Eiling Lim’s first Littlemill, but first, here is one bottled by Berry Bros & Rudd. 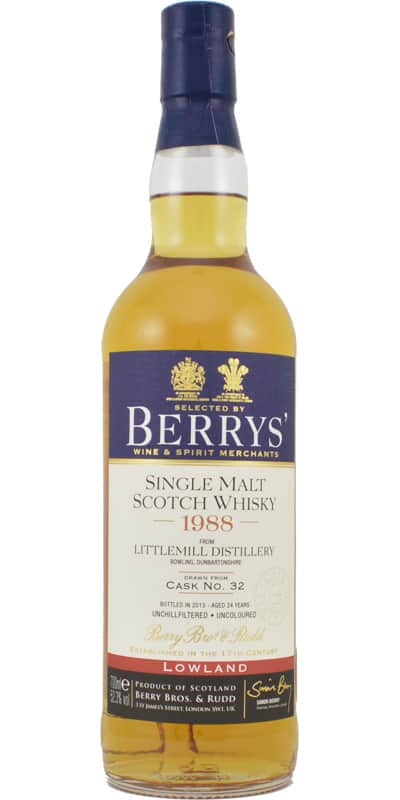 Nose: Grassy, peanuts and almonds. There is also an appealing citrus note next to some white grapes.. There is also something of a cinnamon apple cake. It has a lightness, but also a sharpness. Very interesting. With some water it gets some of that maritime quality that Old Pulteney is known for.
Taste: It is fruitier than the nose. I get pineapple. Also woody (pine) and it has the same sharpness that the nose has. With water it is mustier and there is a distinct pistachio flavour.
Finish: Medium to long. Dry with a bit of an off note, but still enjoyable.

A good but not great Littlemill, but one that I’m very happy to have. 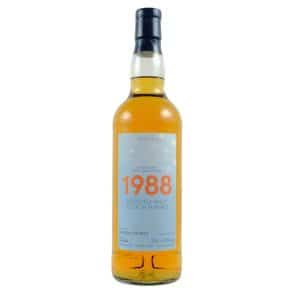