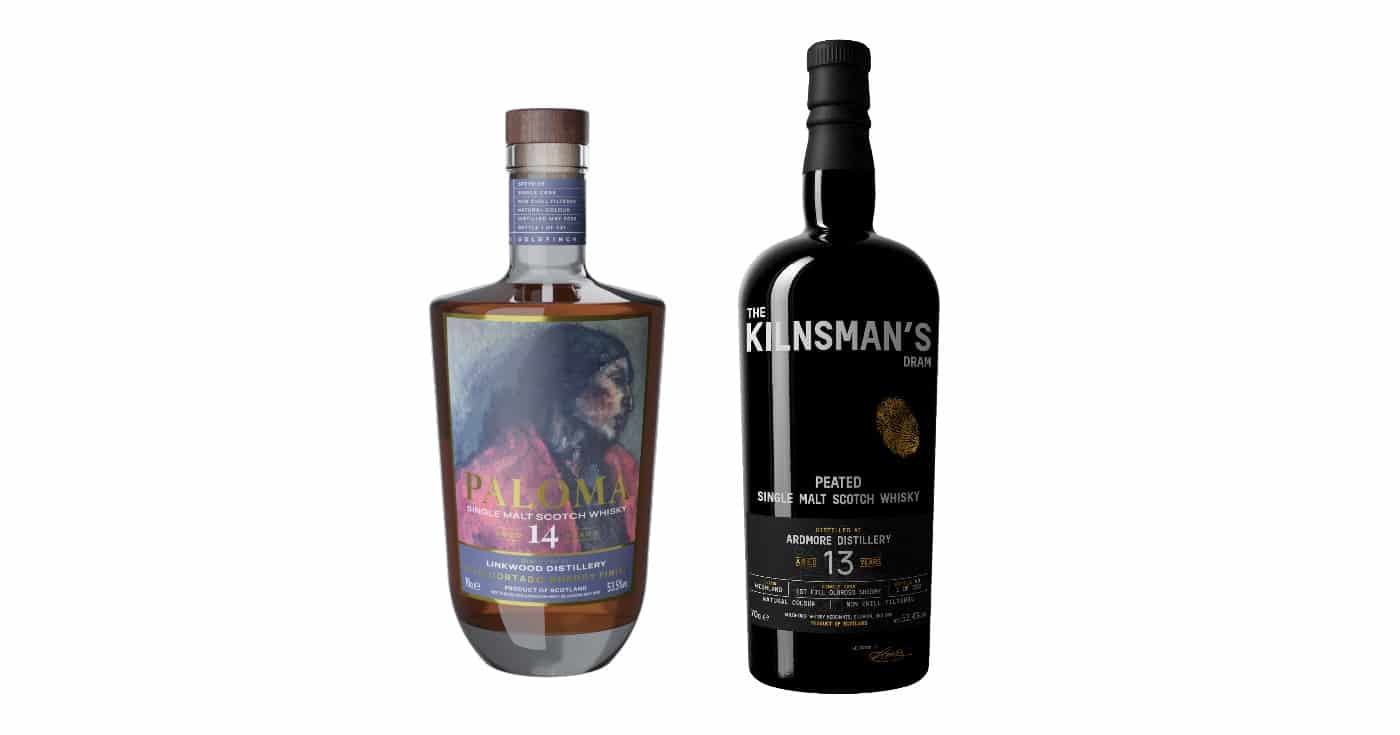 During the summer of 2022 Goldfinch Whisky Merchants launched two new collections: The Kilnsman’s Dram and Paloma. One focusing on the art of hand-kilning barley (can you guess which?) and the other is driven by the team’s passion for sherry. I’ll be getting into both series by way of reviewing a whisky from each.

All whiskies in the Paloma range (four so far) is finished in Palo Cortado sherry casks, like the Linkwood 14 Years that I was sent a sample of. According to the excellent SherryNotes run by Ruben, Palo Cortado is “indeed the rarest of all sherry varieties”, as was also proudly noted in the press release shared by Goldfinch Whisky Merchants. Furthermore, Palo Cortado should have the “aromatic refinement of Amontillado combined with the structure and body of an Oloroso. In short: Amontillado on the nose, Oloroso in the mouth.”

From The Kilnsman’s Dram range I was sent an Ardmore 13 Years matured in a first-fill European oak Oloroso sherry hogshead. When I think of kilning my mind automatically turns to peated whisky. But you could very well create unpeated malt in a traditional kiln as well. And Goldfinch Whisky Merchants state as much on their website. However, their first releases focuses solely peated whisky.

As an independent bottler Goldfinch is relatively new to the scene, but managing director Andrew Macdonald-Bennett has consulted in the whisky industry for a number of years, including on Edrington’s e-commerce platform. And partner Ros Macdonald-Bennett isn’t a stranger to the drinks industry either.

Nose: Somewhat briny but with sultanas, toffee, walnuts and buttery croissants as well, and also crème brûlée. Then faint notes of pickled lemons and candied orange peel. A little subdued, but very pleasant.
Taste: Quite an oily mouthfeel. The palate picks up where the nose left off. A sweet, citrus-y zestiness with nougat, white pepper, nutmeg and roasted hazelnuts, but also golden raisins and honey.
Finish: Lingering sweetness highlighted by orange blossom honey, a pinch of salt and earthy spices.

Conclusion
A very enjoyable, sweet Linkwood, yet with enough other elements to ensure it doesn’t fall over the edge. Just sweet enough.
8.6

Conclusion
A nice showing from Ardmore once again. It's whisky with character instead of the more sterile examples you might come across also.
8.6

I guess they’re the same species, but the Linkwood and Ardmore from Goldfinch Whisky couldn’t be more different. One is a mostly sweet, but somewhat earthy and nutty. The other is downright hearty, smoky and malty. It’s just a matter of preference really, because both are rather delightful.