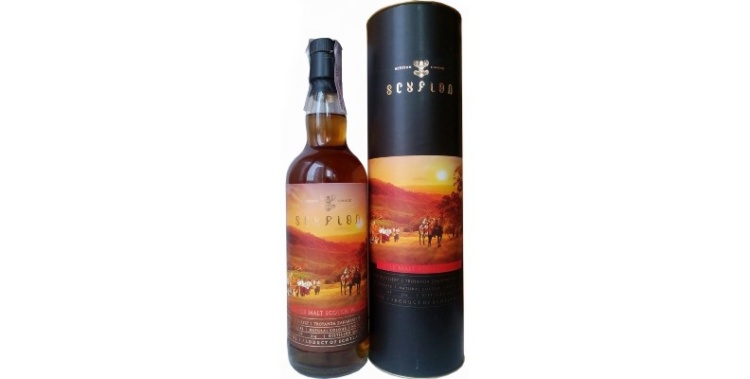 Have you heard about the Scyfion folk yet? Just read my previous review of some of their offerings for a quick introduction. You’ll like them immediately. In short: they’re from the Ukraine and finish Scottish whisky in wine casks very specific to Eurasion wine regions.

For example, this Linkwood was finished in a former Troyanda Zakarpattya wine cask. Probably not many beyond the greatest wine experts have heard of this wine region (and to be honest, I’m not even sure if it is the name of a region or winery). The wine was fermented from Traminer pink grapes and is said to have a pronounced aroma of tea rose and a full, buttery taste. Sounds good, no?

Nose: Somewhat chalky with some ripe peaches and apricots, but also a touch of crème de cassis, honey and figs. Not super expressive, but enticing nonetheless, with some soft sour notes at the tail end there.
Taste: It feels like there’s a good balance between the fruity Linkwood spirit (lemon, grapefruit and the likes) and a subtle sweetness from the cask. There’s some cinnamon with a hint of clove as well. I like it.
Finish: More oak spices and a hint of raspberry and caramel. Medium in length.

A likeable and more-ish whisky that I feel has benefited from its extra time in the wine casks. Just a little light on richness and mouthfeel.