Laphroaig Confirms: ‘The 15yo Is Coming Back!’

It’s been more than five years since the discontinuation of the Laphroaig 15yo was officially announced. The announcement was met with a lot of sadness, since it was (and still is) a much beloved whisky. But I have good news for fans of this now highly sought after whisky: Laphroaig 15 will return in the beginning of 2015!

Let me start with this: the revival of the Laphroaig 15 is a one-off release. There aren’t a lot of details yet, so I’ll just share what I know and how I got my information. It began with an innocent reply on Twitter by Rainer Edlinger of Whisky-Circle Pinzgau. When Laphroaig asked for a caption for a picture of the Laphroaig 18yo, he simply replied: ‘I miss the 15yo’. Their response really said it all.

That was my cue to step in. I asked Rainer if he was okay with me doing a bit more digging, which he welcomed, because he was just as curious as I was. It really didn’t turn out to be difficult to get confirmation. Since almost everybody is on Facebook today, I quickly got my source. Distillery manager John Campbell was more than happy to answer some questions.

He explained that yes, the Laphroaig 15 is coming back as a special release for their bicentennial. Laphroaig is celebrating their 200th birthday next year, and the 15yo will be one of many special releases to commemorate this fact. And no, he wasn’t willing to reveal other special releases. He also said that the timing mentioned in the tweet was correct: the launch will be somewhere in January or February. The retail price hasn’t been set yet. Campbell did mention that (and he wasn’t entirely sure about this) around 72.000 bottles would go to market. That is a good sign, because releasing that many means it won’t be aimed at collectors, and that we should expect a fair retail price.

And that’s really all there is to it. The two most important things: the Laphroaig 15 rises from the dead and there will be many more special Laphroaig-releases next year. I for one am curious to see what else Laphroaig has in store for us. 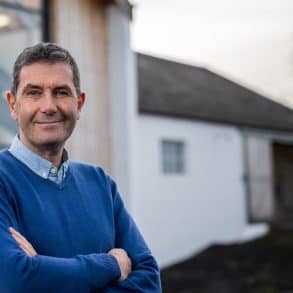