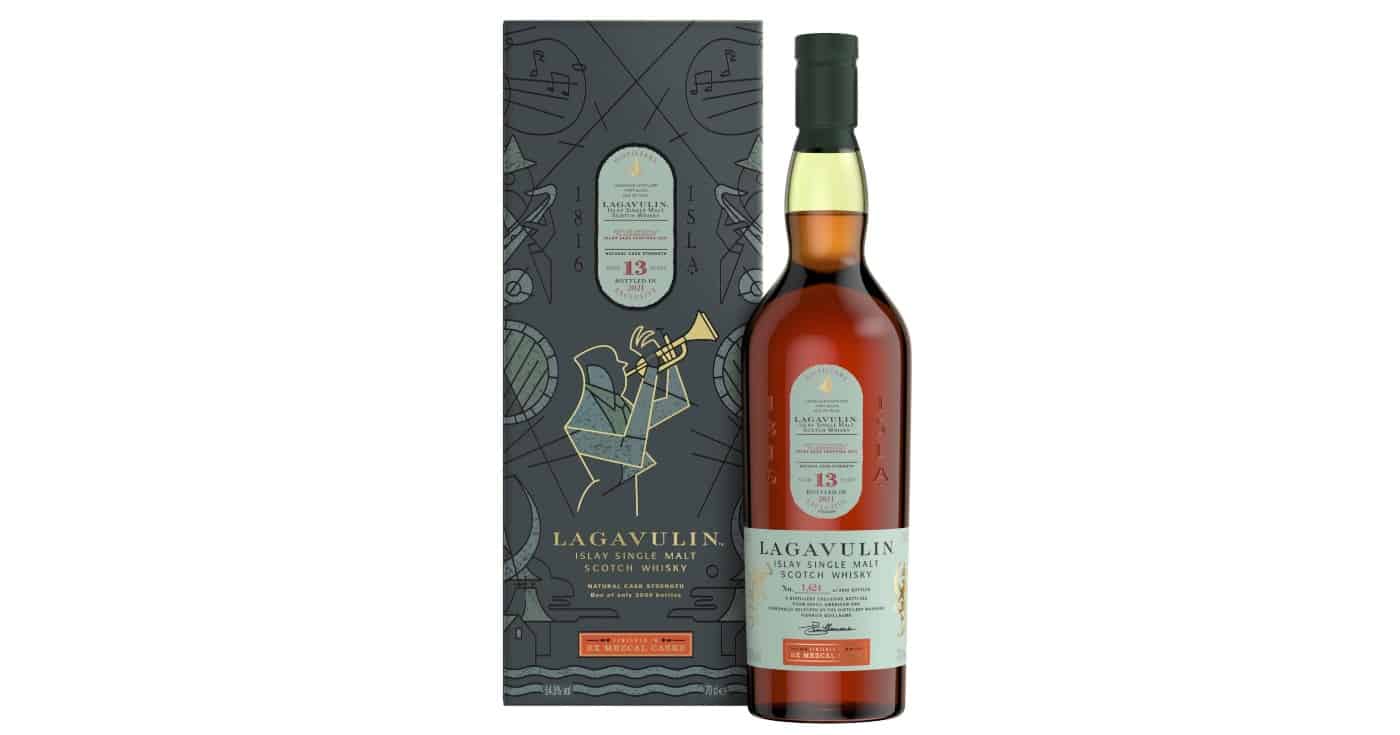 Following my review of the Chivas Regal Extra 13 Tequila Cask a few days ago, I found the perfect second act in the Lagavulin 13 Years Ex-Mezcal Casks that was bottled for the 2021 Jazz Festival. The first-ever Lagavulin to have been finished in ex-mezcal casks. And honestly maybe even the first high-profile Scotch single malt from ex-mezcal casks.

The Lagavulin 13 Years Ex-Mezcal Casks was announced in November to celebrate the 23rd edition of the Islay Jazz Festival. It was only made available through malts.com, which is Diageo’s platform for their Scotch whiskies. The problem is that they only ship within the UK, which seems insane even by post-Brexit standards. But that’s simply the way it is. Luckily a fellow Dutchman Tom was up for the challenge. Through sheer determination he managed to get a bottle of the Lagavulin 13 Years Ex-Mezcal Casks to the Netherlands (I imagine one of very few). Most importantly he then shared a sample with me.

A quick reminder for those of you not very familiar with mezcal. It is a close relative to its much better-known cousin tequila. Actually, tequila is a type of mezcal made from the agave plant. Tequila must be made from at least 51% Blue Weber Agave, mezcal regulations allow for a dozen few other varieties as well. The source of mezcal’s smokiness are the earthen pits inside which the agave plants are cooked with wood and charcoal, while tequila is cooked with steam.

While we know the Lagavulin 13 Years is finished in ex-mezcal casks, there’s no mention anywhere for how long. Or whether it has been finished in ex-mezcal casks for its entirety. It’s only been legal to use ex-mezcal casks since mid-2019, but Scotch whisky distilleries experimented with them in anticipation of the rule changes. Long before the actual amendments the Wall Street Journal reported Diageo had formed a ‘secret task force’ to explore changes to the strict production rules of Scotch, including ‘finishing’ whisky in casks of Don Julio Tequila, which is owned by the company.

So, it might be just a short finish of six months or so, or maybe the Lagavulin 13 Years Ex-Mezcal Casks was finished for several years. Either way, I’m sure Diageo is very protective of such a prestige brand as Lagavulin, and won’t have released this if they didn’t think it was ready.

Nose: Plenty of damp oak and sweet wood smoke, accompanied by grilled pineapple, charred beef and a whiff of smoked paprika powder. A touch of cough syrup and vanilla pods in the background, as well as ashes and some subtle farmy and herbal notes. Extremely impressive, but it is the balance that stands out most.
Taste: Sweet arrival with a warm smokiness that swaddles notes of charcoal, roasted peanut skins and tar, with some ashes as well. There’s this sour tinge accompanied by a decent salinity and charred lemon peel to round things out, with finally a whisper of blossom honey after adding some water.
Finish: Medium to long with lingering wood smoke, black pepper and a light medicinal touch.

Conclusion
The Lagavulin 13 Years Ex-Mezcal Casks is brash and bold, and yet surprisingly comforting and balanced as well. It's a beast, but one that can be tamed. It's not easy to pinpoint the mezcal influence exactly, but this Scotch single malt is a success and I would love to try more peated whisky matured in this way.
9
Related
8.9

Next
Introducing The GlenAllachie 21 Years Batch 2