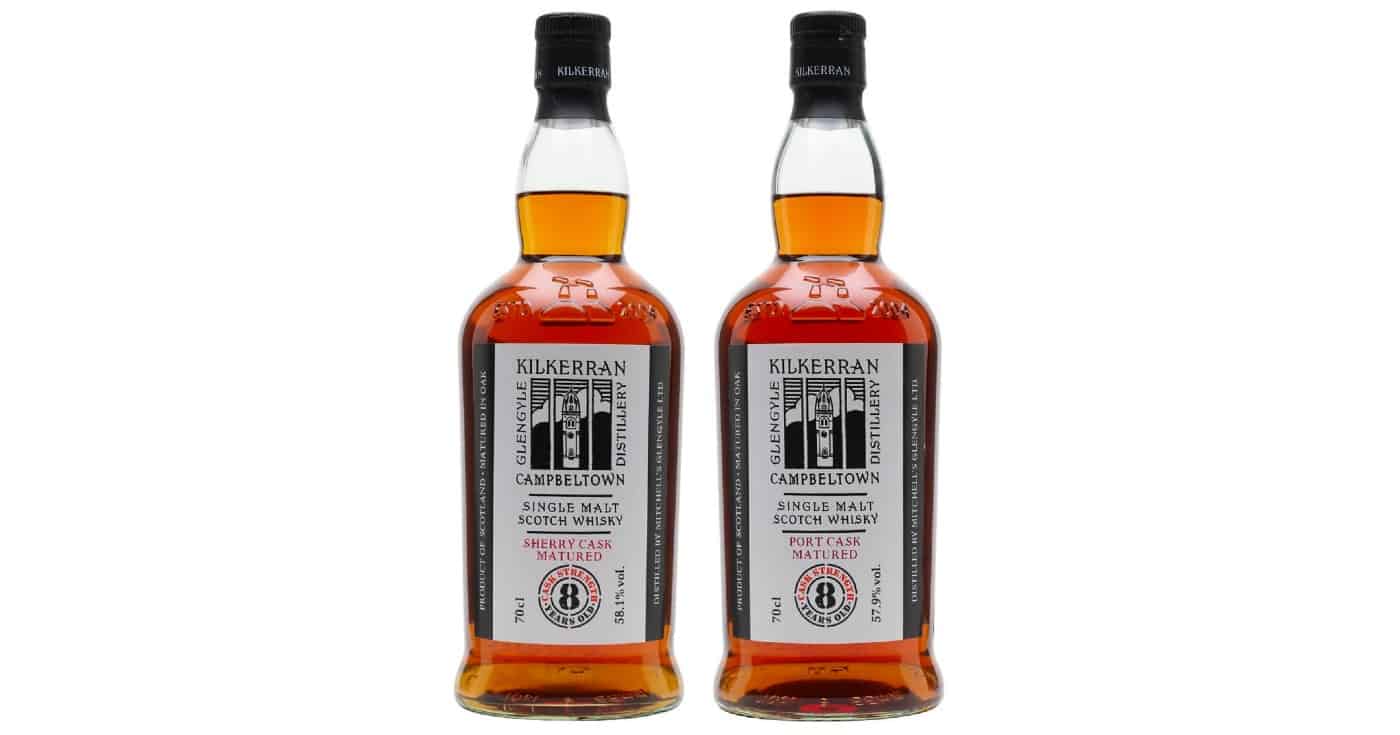 Isn’t it crazy to think that up until pretty recently they produced only 20,000 to 30,000 litres of Kilkerran every year?

That’s insane for a whisky that’s now hyped as much as it is. It’s almost impossible to get your hands on the Kilkerran 8 Years Sherry Cask Matured and Kilkerran 8 Years Port Cask Matured. I don’t know if the owner would think of this scarcity as a problem, because J&A Mitchell has always been conservative to account for the boom and bust cycle of the Scotch whisky industry. But for whisky drinkers it certainly is an issue.

While the capacity of Glengyle (which is where Kilkerran is produced) sits at a very comfortable 750,000 litres, the distillery shares its staff and malting floor with Springbank. They’ve never ever come close to hitting max capacity and they don’t plan to either. For example, in 2021 the distillery was only in production between September and December. Mashing five times a week, they produced around 100,000 litres (according to the Malt Whisky Yearbook 2022). A big step up from production levels of 7 or 8 years ago, but still minor league by anyone’s account.

The Kilkerran 12 Years remains one of my favourite standard expressions. It’s hard to beat. In fact, I’m still on my stash of bottles of the first batch that was released in 2016. However, the brand has been releasing an interesting series of cask strength 8-year-olds since 2017. The two latest installments have matured in either sherry or port casks. Should be interesting to taste these two contrasting styles side-by-side.

Nose: Arrives on toffee and fudge with a slight lactic element also, quickly followed by raspberries and figs. There’s mocha, almonds and earthy peat smoke, as wel as a tinge of leather, some dried tobacco leaves, milk chocolate and a pinch of cinnamon. Sweet and fresh and gorgeous. Most importantly, no sulphur.
Taste: Rich, creamy and with plenty of farmy notes, as well as some oak spices, tobacco and very earthy, yet subtle peat smoke. Touches of pralines, spiced biscuits, cherry syrup and burnt toast also. Finally just a sliver of rubber.
Finish: Charred oak, tobacco and sweet cherries. Medium in length.

Nose: The port influence is quite intense, masking some of the Kilkerran character. The earthy smoke is not very noticeable even. Big whiffs of cherry marmelade, cassis and even some aceto di balsamico. Also faint touches of linseed oil, nail varnish and shoe polish. Ending on nougat, mocha and a hint of leather.
Taste: More smoky now. Earthy whiffs, jammy fruits, plenty of caramel and some light notes of straw. Some dirty touches as well, enhanced by coffee grounds and liquorice.
Finish: Lingering oak spices and syrupy winey notes.

Conclusion
Good but never really satisfying, I find the Kilkerran 8 Years Port Cask Matured lacks the distillery's DNA and is too reliant on the Port cask.
8.3

Here’s my issue: I love Kilkerran with a high ratio of bourbon casks and I believe it is hard to improve upon that naked flavour profile. So far, this distillery has yet to show me that their spirit truly benefits from the use of sherry casks or port casks. While either the Kilkerran 8 Years Sherry Cask or Port Cask are fine whiskies (if you bought them for the original retail price), they don’t really open up any avenues that I find particularly intriguing.