It’s Christmas everybody! I truly hope you have the best possible time in spite of any COVID restrictions that might be in place. Just please be safe and smart about whatever social things you’re undertaking these days. If not for your own safety then at the very least for other people’s well being. Just follow your local guidelines and don’t be a smartass. I would hate for someone to have to go all Tom Cruise on you (unless you deserve it).

In the mean time, I’ll focus my attention on another Christmas-y whisky. I already reviewed the latest Big Peat Christmas Edition. Now it’s time for a limited edition from Kilchoman, aimed specifically at the festive season. It’s not a full on Christmas release, but rather a Cask Strength edition of the Machir Bay. To give it more of a holly jolly feel the sheep on the label actually wear Christmas hats.

The Kilchoman Machir Bay is the distillery’s signature peated single malt. Peated at 50 PPM, it’s a vatting of mainly bourbon and a few sherry casks, named after one of Islay’s most spectacular beaches. Machir Bay has almost two kilometres of sandy beaches and is certainly worth making a detour for.

Nose: Sweet notes of icing sugar and a touch of barbecue smoke. Some smoked barley husks, vanilla essence and a few floral touches as well. Finally some Port stewed pears as well. Quite elegant and composed.
Taste: A creamy mouthfeel and sweet arrival followed by a barrage of earthy smoke, chili peppers and white pepper. It’s powerful alright. Somewhat drying, but also notes of orange and milk chocolate. Finally some touches of hay and straw.
Finish: A lingering, earthy smokiness and a gentle maltiness. Finally a whisper of red apple skin.

A cracking whisky with a complexity on the palate that’s almost unexpected. Granted, I’m not extremely well-versed in Kilchoman’s single malt whiskies, but this has to be my favourite so far. 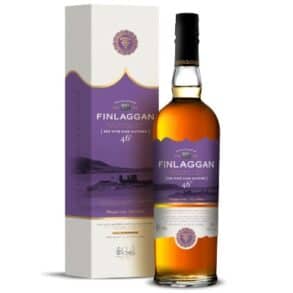