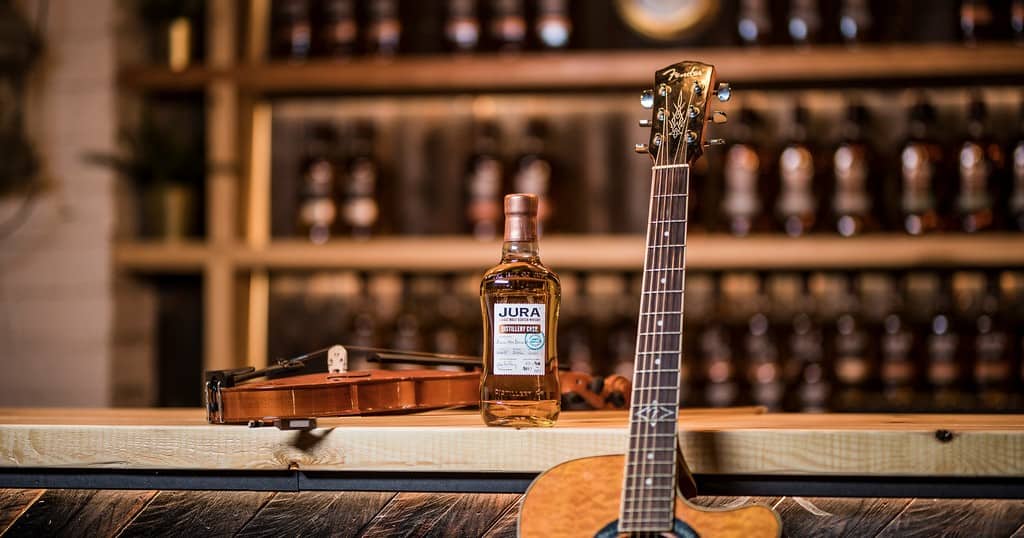 A little while ago I was kindly invited to a Jura Distillery Manager’s tasting for this year’s Feis Ile tasting, led by Graham Logan. Sadly I couldn’t make it on the day, as I would’ve loved to have learned more about Jura. Thankfully the Jura team was kind enough to send me the samples for the tasting anyway, and now I finally got around to tasting the Isle of Jura Feis Ile Edition 2021. And as a bonus a Distillery Exclusive from a few years ago.

Even though my two visits to the island have been short, Jura has left an indelible impression. The distillery a little less so, but I do feel there’s a lot of potential there. It has that Scottish west coast dirtiness that many admire in Ben Nevis or Tobermory. But the core range sometimes leaves something to be desired, and the use of many exotic cask types doesn’t always work in the spirit’s favour.

Independent Jura is somewhat rare but not totally uncommon. Then again, I’ve not tried many cask strength single malts from Jura. To now have the opportunity to try two unadulterated single casks of a respectable age is fairly unique for me. Both have matured in sherry casks and one is heavily peated. Looking forward to this!

Nose: A whisper of sourness quickly followed Greek yoghurt sprinkled with dried strawberries, honey and candied almonds. A touch of caramel, porridge and breakfast cereals as well. Finally just a touch of mint and ozone. This is pretty yum.
Taste: Quite an aggressive arrival with more mint, but also a good pinch of white pepper. There’s plenty of malty notes, a touch of caffé latte, some raw sugar and a bit of toffee and créme caramel. Comparatively raw, but strangely more-ish.
Finish: Lingering notes of chalk and mint, finally some juicy orchard fruits.

A tough one to rate. I probably like this better on a personal level, but I feel objectively (if there is such a thing in whisky) the palate is lacking a bit. Maybe some integration or depth.

Nose: Some salty peanuts followed by a malty base, tinned pineapple and a whisper of sour beer and copper coins. Also gentle wood smoke, embers, charred lemon peel and even a hint of iodine.
Taste: Quite an oily mouthfeel. A peppery arrival with some salt, smoke and a whiff of iodine again. Barley husks and charred peanut skins too. Water brings some more harmony and highlights the medicinal side.
Finish: Lingering notes of tar, liquorice and peated barley. Drying.

Surprisingly medicinal. It has mature and immature aspects, but overall a very good offering from Jura.

Neither is probably as good as I hoped and yet they still probably qualify as the best Jura I ever tried. It surprised me that each still had a rawness and immature elements even at a rather advanced age. Maybe Jura is best suited for a (very) lengthy maturation? 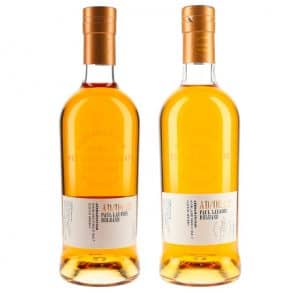