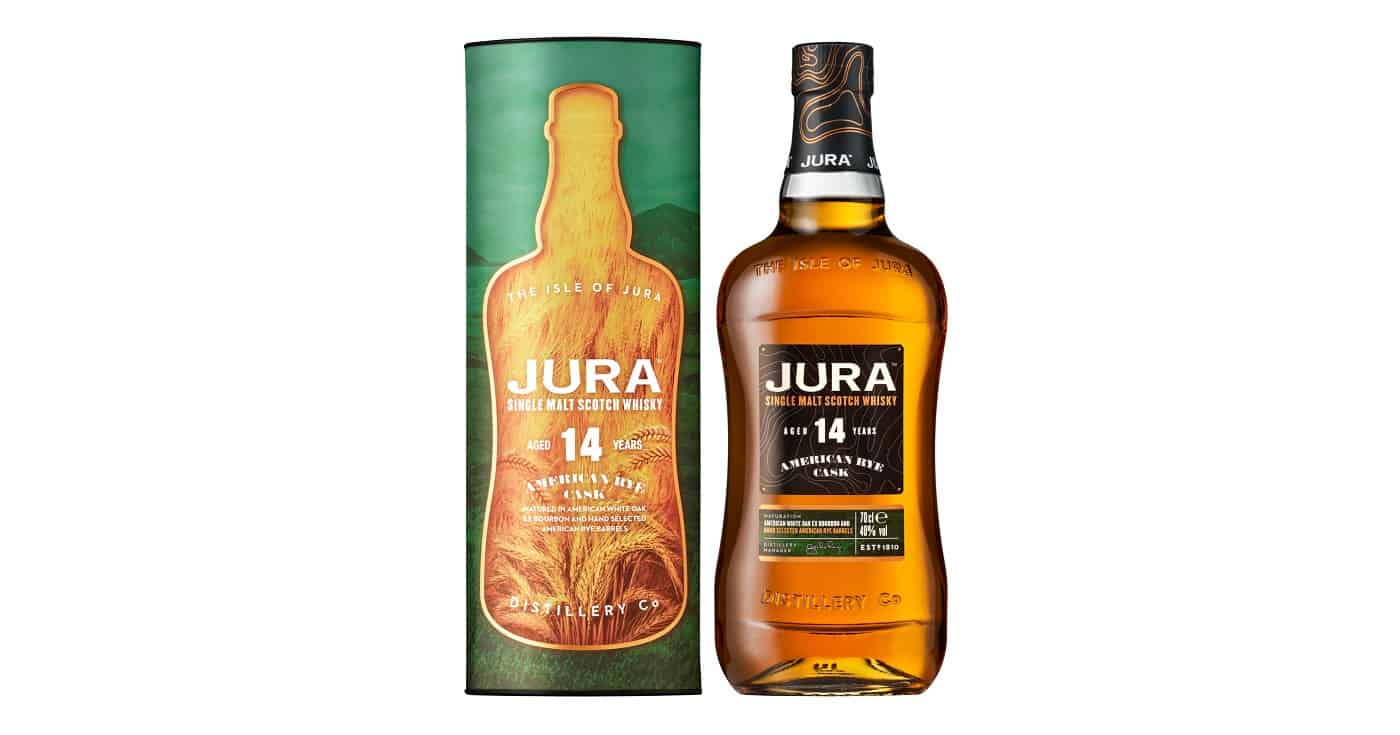 And then there was a new release from one of the most isolated distilleries in Scotland. The Isle of Jura 14 Years American Rye Cask was announced in early April and is available in the UK now, but will also roll out into other key markets later this year, including the Netherlands.

Jura has long been somewhat of a black sheep amongst longtime whisky drinkers. Much like its premium big brother Dalmore, there’s often not much love for a whisky that’s bottled at a low strength and so clearly relies one caramel colouring and (sometimes) intricate cask trickery. Jura’s funky distillery character isn’t exactly a crowd pleaser either.

But the perception of Jura seems to change. Slowly. And it’s largely thanks to independent bottlers, who release older gems such as this one, but also due to official limited editions that showcase the potential of this remote island distillery. Just recently Ruben compared an independent bottling of Jura to “old Clynelishes or more exotic malts like Glen Mhor or Banff.” High praise indeed.

But to expect such a performance from this new Isle of Jura 14 Years American Rye Cask is a tall ask. Sure, the finish in rye casks might make for an interesting new layer. But there’s no information on how long this single malt was finished in these rye casks. Also, it doesn’t instill much confidence that this is bottled at the lowest strength legally allowed. And there’s no mention of this being bottled at natural colour, so then I have to assume it isn’t.

Gregg Glass, whisky maker and blender at Whyte and Mackay, said in a prepared statement: “The vibrancy of this new whisky gives it real personality and flair, whilst very much staying true to the character of Jura.

“In celebrating the island and its community, it’s vital to create a whisky which offers layers of flavour and a touch of complexity, as it perfectly reflects our inspiration. With every sip of this [Isle of Jura 14 Years American Rye Cask], you’re transported to our island in spirit, a gift from our tiny island community but too good to keep to yourself.”

Before you dive into my tasting notes, I’d like to point out that the press package I received included a can of ginger ale. That signifies something about the intended use of the Isle of Jura 14 Years American Rye Cask. It might just be perfect with a mixer. However, it’s priced north of 40 pounds, so there are a lot more affordable options to enhance your ginger ale with.

Nose: A whisper of limestone with touches of orange zest. Mellow and pretty straightforward with some additional floral notes, ginger, soft pepper and walnut cream.
Taste: A slight peppery tinge on the arrival at first, building towards cloves, burnt toast and cardamom. The mouthfeel is decent enough considering the low abv. There’s whiffs of caramel, walnut skins and creamy custard too.
Finish: Short and not very remarkable. The wood spices disappear quickly and not much remains afterwards.

Conclusion
The rye casks certainly left an impression and I find their marriage with the Jura spirit quite successful. Is it the best whisky you'll ever taste? Of course not, but that's not its intention either. In enjoyed sipping it, but don't believe it can compete with the better single malts available at this price point.
8