Kintra is a small independent bottler out of The Netherlands, releasing a handful of new bottlings each year. Their newest release is an Irish one from an undisclosed distillery, and it has matured for 14 years in a sherry hogshead. I was pretty excited about this release, and quickly ordered myself a bottle. As it turns out I was a little too trigger happy.

Nose: Soft. Lots of fruit like peaches and nectarine, but also raisins and apricots. A thin layer of sweet candy, and some brown sugar also. In the background a hint of something burned, but it’s no problem here.
Taste: Ouch, after every swallowed sip a strange burned espresso or mocha note. Dry too. That’s how I’d best describe it, and it is unpleasant. That luckily makes place for more fruity notes (raspberry) and milk chocolate, but that doesn’t make up for the lack of balance.
Finish: Raspberry and candied strawberries. Pretty long.

At first I thought something was wrong with my taste, but I tried it four times over a two week period, and that strange burned off-note was there every time. Other than that it is a pretty good whisky actually, but because of such a defect, I can’t score it over 80. 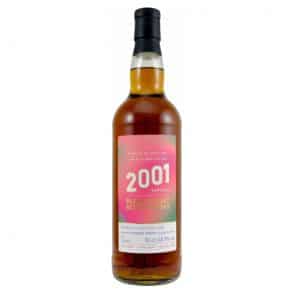