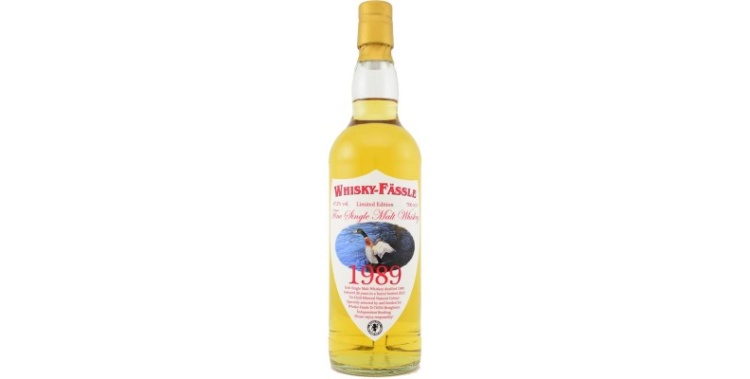 Without a doubt some of the best single malt that has hit the market in recent years has come from Ireland. Almost all of it undisclosed, but since there were only three distilleries at the time, and it certainly isn’t one of those three, that only leaves Bushmills and Cooley’s as potential producers of this Whisky-Fässle release.

Nose: It’s not even funny how fruity this ish is. And soooo tropical. If you’re lucky enough to have tried one of these fruit-smoothy-like Irish malts, you’ll know what I mean. If not, just think of pineapple, nectarines, melon, grapefruit and such. Oh, and it is somewhat grassy too.
Taste: Good, creamy mouthfeel. Then just… fruit galore with a hint of grassiness. In perfect alignment with the palate, although it does have a slight tannic side too.
Finish: Fruity, slightly drying and with a nice herbal touch. Medium in length.

Did I mention this is fruity? And to think there are even more extreme examples of this Irish style. If I were to start a distillery, I would try to find out what exactly they did at Bushmills and then replicate it as closely as possible. Provided this is actually Bushmills, of course. Otherwise I’d head over to Cooley…