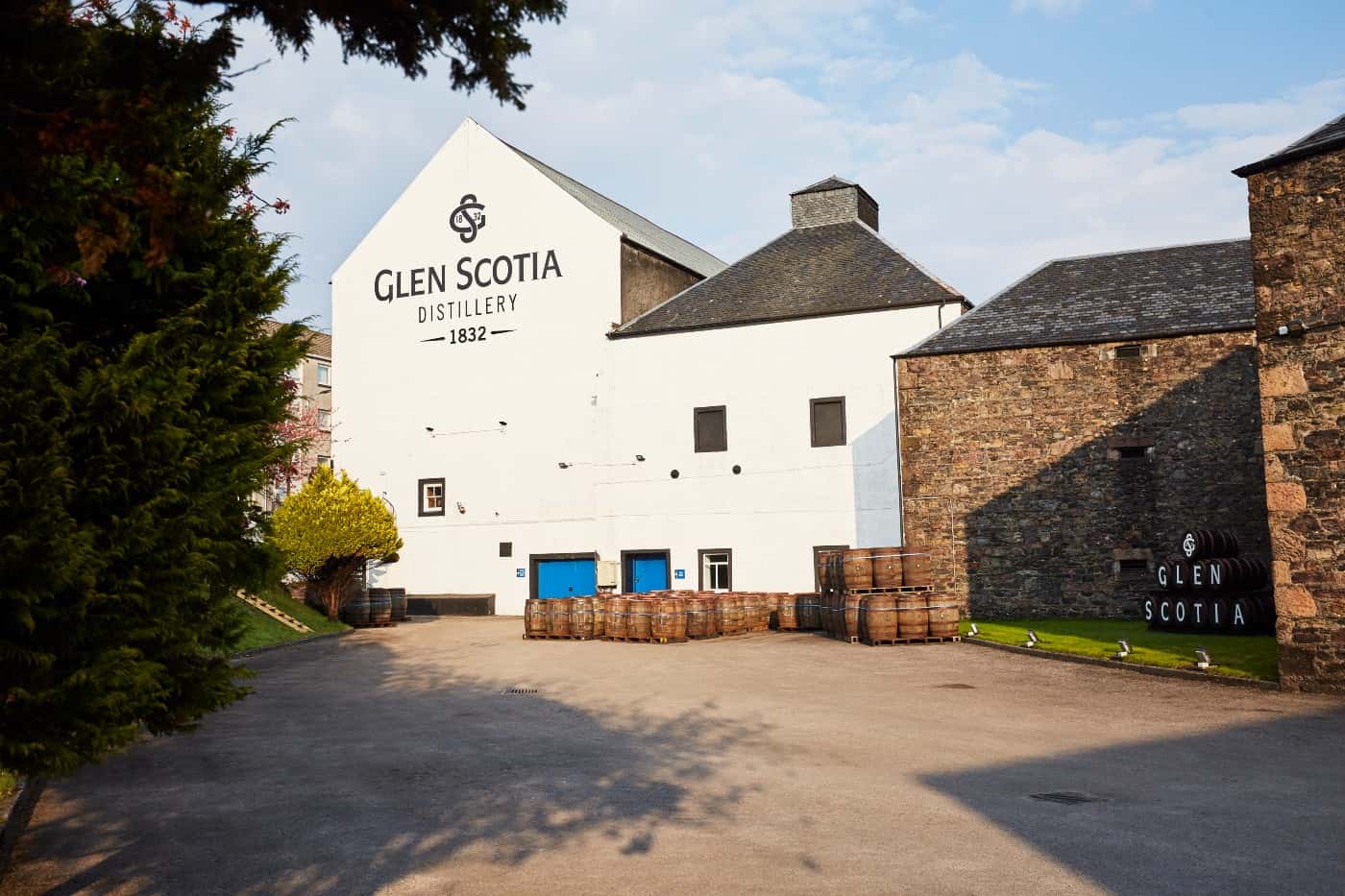 After discussing Glen Scotia and Campbeltown a few days ago, I figured now was a good time to publish a lengthy interview with Iain McAlister, Glen Scotia’s Distillery Manager. I spoke to him earlier this year not long after the Glen Scotia 25-year-old was named Best in Show at the San Francisco World Spirits Competition. So, understandably that was an important talking point.

But Iain McAlister and I also talked about his Campbeltown roots and his early and challenging days at Glen Scotia. We discussed the other famous Campbeltown distilleries just a stones throw away, his search for perfection and what he feels the definitive Glen Scotia style is. I hope you enjoy reading this interview as much as I enjoyed talking to Iain.

You’re from Kintyre, right? So what does Campbeltown mean to you?

“I was brought up 13 miles north in Carradale, but I was born in Campbeltown, yeah. It’s a small town on the west coast of Scotland that’s been intrinsically linked to whisky since probably the early part of the 19th century. Previously there was wealth here through herring fisheries. That diversified into whisky from the 1820s and onwards.

“Nowadays Campbeltown is seen as remote at the end of the Kintyre peninsula. But that wasn’t always the case. It was incredibly connected by default of where it was situated, at the end of the peninsula and the Firth of Clyde. The seatraffic from Glasgow, Europe and the Americas all passed by. So, it had that early wealth. At one point we had 27 distilleries and just 9000 people living here. Remarkable.

“Springbank did a fantastic job of keeping that whisky tradition alive. Now I feel Campbeltown has developed into an even higher level of first-class whisky, whether it is Springbank, Kilkerran or Glen Scotia. The potential is there for Campbeltown to make a huge impression in the whisky world.”

Obviously, you’re now well-versed in the town’s history, but did you realise all that when growing up?

“I did. It’s something that everybody kind of knows of. At a young age you don’t know the exact specifics of course. But I always knew of that association. The process has always fascinated me. How simple it is, but also how difficult it is to make a good whisky or good new make spirit. So, it was always something that interested me.

“For me personally, back in 2008 I was lucky enough to get the opportunity to come to Glen Scotia, learn the process and take over the running of the distillery. It’s been a wonderful experience for me. I feel very privileged, especially considering how things have worked out. At the time I was probably a bit naive about what I was getting into.”

Naive in what way?

“I didn’t realise what was ahead of me. It was quite a remote role. When I started I worked under John Peterson, who is at Loch Lomond [now retired]. John was very much a scientist and really into yeast and fermentation. But he was in Glasgow and I in Campbeltown. So, in the early days it really was something I had to do for the love of it. There was no getting away from it and I had very few holidays. What we had to do in the early days was quite a challenge.”

Since you came to work for Glen Scotia, quite a few things have changed. Most notably the company character, which used to be much more reclusive and is now very outgoing. How have you experienced those changes?

“Yeah, that would be right. It was very much geared to bulk sales. Loch Lomond Distillers has obviously changed considerably. There were more independent bottlings of Glen Scotia then there was of the distillery bottlings. When I started I think there was just a 12-year-old. Very, very little and all quite random.

When the company started promoting Glen Scotia more as a single malt, what did you have to change?

“I spent quite a few years just trying to perfect that new make spirit, so that’s mainly what we’ve been working on, getting that definitive Glen Scotia/Campbeltown style. That all tied in quite well. When we finally got the chance to welcome people to Glen Scotia, we were ready for it. Because that never really happened unless you were a diehard Glen Scotia fan and turned up at the gate. It’s great to see how it changed and we can now take people on tours.”

What were you trying to perfect?

“Same with the charge capacities of the spirit still, looking at different cut points, to try and capture that iconic new make spirit. It should have that sweetness and slight nuttiness to it, because the worts are quite cloudy. You should pick out right away that the spirit is from Campbeltown. So yes, there was a huge amount to do. It took years to try and get it to where we wanted it to be. But it was something we had to do. Because if you look at the last 30 years and under the previous owners, it was sometimes a bit hit and miss. It was good to stabilize and get Glen Scotia back to those Campbeltown roots.”

Can you maybe describe what the definitive Glen Scotia style is?

“You’re really looking for that subtle robustness, a certain amount of complexity. It’s not going to be an Islay or a Speyside, it’s going to be a Campbeltown. It’ll be right, slap bang in the middle if you like. Depending on how it was matured; first-fill bourbon for instance really compliments what we’re trying to do. That maritime, coastal influence.”

Now that you’re happy with where you are at, are you still experimenting or tweaking things?

“It’s always something that I like to look at. For peated whisky we’d take another look at the cut points. For the casks we’ll look at what casks we fill into. There’s always plenty to look at. But I don’t like to mess about with the basics. Now that we got it, sometimes it is enough of a challenge to keep it at the level we want.”

But you have to be careful, because Loch Lomond is more suited for experimentation. Absolutely, myself and John looked at yeasts in the early days. We’re never too adventurous with yeasts, because we now have these set parameters and aren’t really looking to go beyond that. We don’t want to alter our flavour profile too much.”

What are some of the key production points that set Glen Scotia apart?

“I’ve used the same malt supplier now for 13 years. When I started we used to get one load a month, now we get 28 tonnes a week. That’s what we’re producing at the moment, 10 mashes at 2.8 tonnes. Overall you’re looking at a total production of well over half a million litres. That’s not huge, but it works very well. It’s quite a slick operation. The guys do very well in the way they run everything. They’re very hands on. There’s no instruction manual for Glen Scotia on how to operate our spirit still, for example. It’s all passed on and part of the deal for the stillman and mash operators. And it should be part of tradition and how to make a good whisky.”

Campbeltown has a rich history. What role does that history play in modern day production at Glen Scotia?

“It’s intrinsically linked. Because the way Glen Scotia operates is pretty much the way it has been operated for the last 60 or 70 years. That very much hands-on approach. So it plays an incredibly important role. For me personally, whisky has got have that historical connection of some sort. But importantly, there has to be a human connection. If you get that human connection, whether it is the men or women operating the stills, that is ultimately what makes a good whisky. If you’re producing millions and millions litres of whisky, it would lose that in some shape or form.”

What would be max capacity for Glen Scotia? Is expansion an option?

“Oh, probably at the moment, if I was flat out seven days a week with a slightly larger work force, I could squeeze out 750.000 litres a year. Expansion would be difficult and expensive. You’d need to change everything and look at different still setup.”

Let’s finish with the good news you received earlier this year from the San Francisco World Spirits Competition. What does this kind of recognition mean for Glen Scotia and for you personally?

“When you consider the wider team, it’s been fantastic, an absolutely wonderful achievement. A lot of hard work went into this. I think it’s a just reward. For me personally, it’s been great. I started at the place when it was falling down. It was in pieces. There were only three of us there. There was no way it was going to win the World’s Best Whisky of the Year in 2008. So, it is remarkable how far we’ve come in a short period of time. I’m completely humbled by the whole episode.”

Why do you believe the Glen Scotia 25-year-old is such a standout?

“I think the 25-year-old does remarkably well because of its simplicity. We talked about that subtle robustness and coastal, maritime effect, which is exactly what you get with the 25-year-old. As a general rule, the whisky at Glen Scotia work very well with the bourbon influence. The flavour profile is absolutely amazing. If you get a top-notch bourbon cask maturation it really works well. That’s what has happened with the 25-year-old.”

While Glen Scotia has made giant leaps in the last five years especially, it’s not a household name per se. Do you think this might help to reach a broader audience?

“Yeah, I think there’s huge potential. The region of Campbeltown is particularly well-known through Springbank. But obviously when you delve deeper into it, there’s more to Campbeltown. I think it shows the quality of whisky that comes out of this region. There are three distilleries and their total production doesn’t even come close to a million litres per year. So, it shows how special the region is and how much it has to offer. There’s more to come yet.” 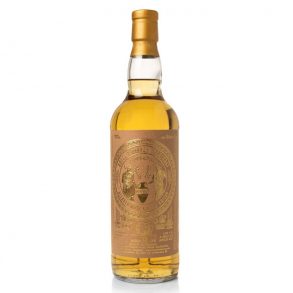 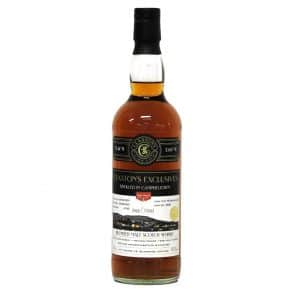