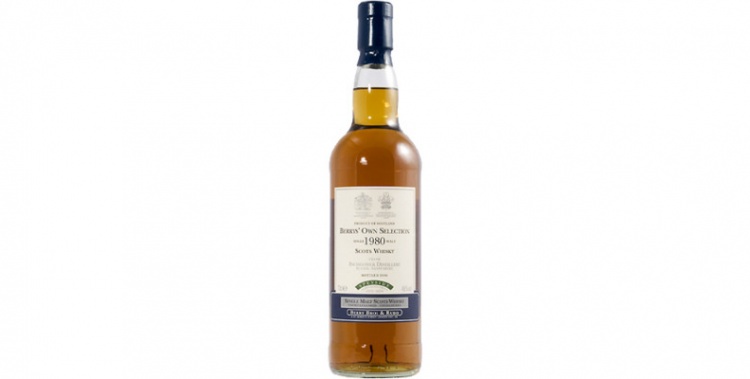 A little over ten years ago, quite a few intensely sherried Inchgowers from 1980 hit the market. Most of ’em were reviewed favourably. A little while ago I managed to get myself one of these Inchgowers, from Berry Bros & Rudd. To be honest, this is one of the lesser rated of the dozen or so different single casks that were bottled. Fingers crossed!

Nose: Ooph! Quite the sherry bomb, wouldn’t surprise me if this is Pedro Ximénez matured. Definitively some gun powder and copper coins. It has a surprising floral layer, but also forest fruit jam and cinnamon, as well as cloves and some 99 percent cacao chocolate. Intense, although it calms down after a little while. Somewhat meaty too.
Taste: Bold and extreme-ish. A tad dry. Plums, cocoa powder, and certainly a whiff of gun powder again. Slightly sweet, a good amount of menthol too. Quite funky, this.
Finish: Maraschino cherries and dark chocolate. Long.

Sans sulphur, this would’ve been quite the treat. While I still find it highly enjoyable, right now I can’t rate it much higher simply because of that fault.