If you’re looking to add whisky from a closed distillery to your collection, but don’t want to break the bank, you should take a closer look at Imperial. Signatory Vintage have bottled lots of Imperials from 1995 over the years, recently bottling a bourbon hogshead specially for The Whisky Exchange. All of them have been pretty affordable and of a consistently high quality.

Imperial was mothballed back in 1998, and there’s no chance of it ever starting up again, after the building were destroyed in 2013 by owners Pernod Ricard. They did build a new distillery on the old Imperial-site. Dalmunach has been in production since 2014, and is capable of making 10 million liters of spirit every year.

Nose: Fruity it is. Green apples, apricots and white grapes. It’s a very gentle nose with a hints of honey and vanilla.
Taste: More spices now alongside the fruit. Ginger root and soft notes of white pepper. But also pears, grapefruit and vanilla. Slightly chalky. I like this flavour profile.
Finish: This dram ends on a fruity note. Medium in length.

Green and yellow fruits with a spicy palate. There’s plenty to like here. It’ll be interesting to see what these 1995 Imperial casks will develop into once they reach 25 or 30 years. For now you’ll have to make do with this nice 20 year old, which is available for just under 70 pounds. 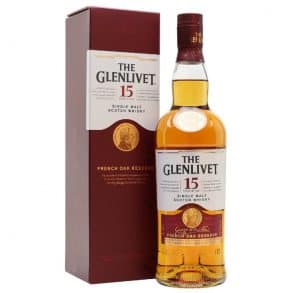