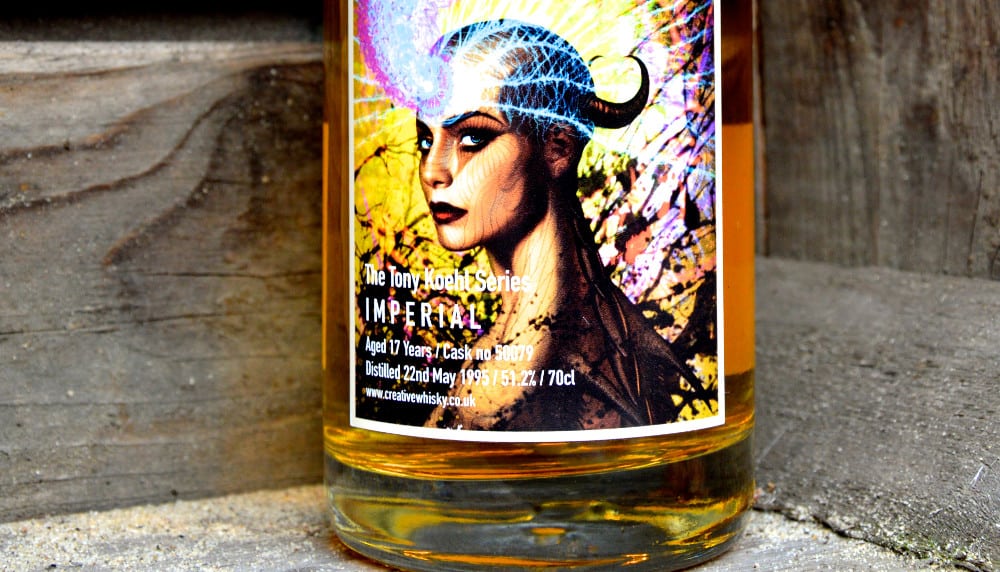 I’m still not sure what to think of the artist Tony Koehl. Having never heard of him before he made the labels for David Stirk’s quartet of whiskies from the ‘Tony Koehl Series’, I wasn’t sure how I felt about his artwork. It has a certain cool factor, but it also looks tacky and over the top. Basically, I’m still undecided and will probably remain that way.

Even though I’m guilty of preferring one bottle of whisky over the other just because it looks a little bit better, what really matters is the content. In this case were talking about a 17 year old Speysider, from the recently demolished Imperial-distillery. It has been mothballed since 1998 though, and most of the recent vintages are from 1995, just like the one we’ll be tasting today. 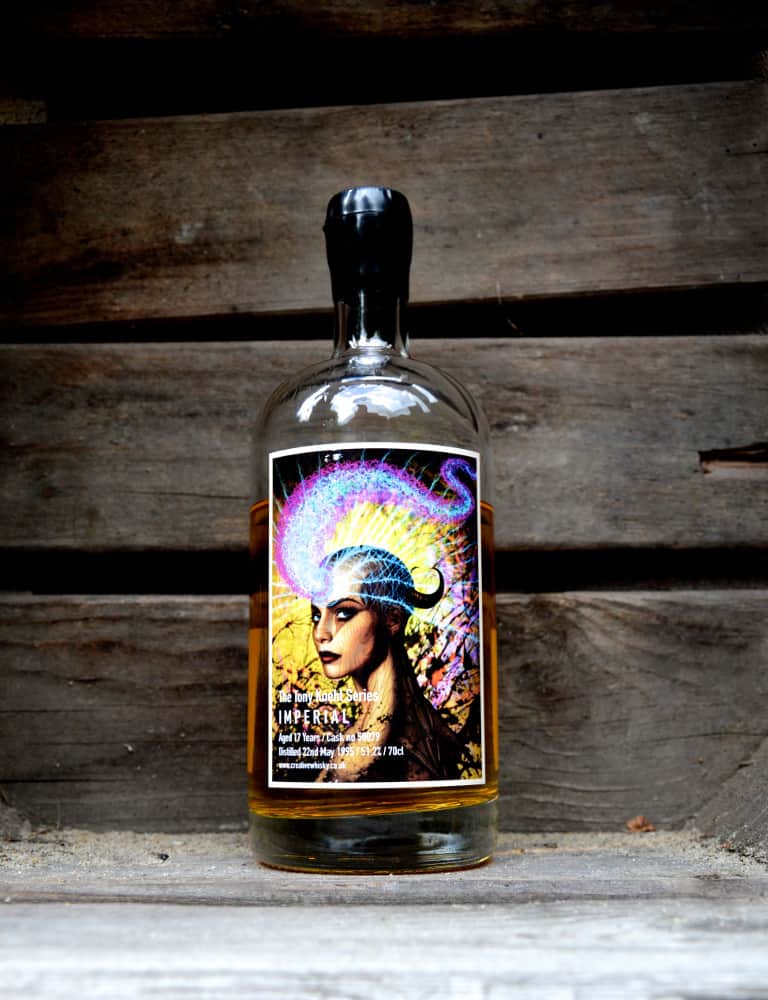 Nose: First a bit sour and vinegary, but only for about fifteen seconds. So if you have a little bit more patience than I do, you can skip that part of the nose. It quickly becomes a very fruity dram: ripe bananas, apple, mango, lemon confit and grapefruit, which adds a nice bitterness. There are some lighter grassy notes, but they are dominated by the fruit.
Taste: A bit more spicy and woody (tree bark) and less fruity than I expected. There is coconut and apple here, but also bread dough and a sweet sugary flavour.
Finish: Wood spices, some fruit but nothing really distinct. Fairly short.

The aromas are easily the best part of this more than decent whisky that can be nosed for hours. The taste and especially the short finish can’t keep up with the lovely smells coming from this Imperial.

Previous
Islay Visit: Going On A Hike To Ardbeg

Next
Clynelish 1996/2013 from Whisky Import Nederland