It’s been a while since I’ve written about genever but now I’m returning to my favourite Dutch drink with two very worthwhile releases. The Hooghoudt RAW Genever and Aged Genever were released late last year. They usher in a new era for Hooghoudt, a family-owned spirits producer in the North of the Netherlands.

Like the entire genever industry, Hooghoudt is transitioning from an old approach that focused mostly on production of jonge genever—a neutral, frankly not very adventurous or interesting style. Hooghoudt’s Jonge Dubbele Graanjenever is still an important part of the company’s revenue stream, but it’s mainly drunk by an older generation. So, Hooghoudt needs to tap into a new audience. And we’re the benefactors.

While the coronavirus might slow things down, Hooghoudt is working a new craft distillery that should be ready sometime this year. They’re supporting local farmers and are looking to experiment with several grain varieties, fermentation length, and yeast. The new distillery is a look into the future of Hooghoudt, but for their two new releases they still relied on Filliers to provide the malt wine (as many Dutch genever producers do).

The Hooghoudt RAW Genever is an unaged 100% malt wine genever. The objective was to make a genever that would mix well with tonic. To reach that goal, they mixed three single grain distillates (17% malt, 7% wheat and 45% rye) with 31% multi-grain distillate (rye, corn and wheat). Botanicals such as juniper, lemon and orange peel, and licorice where added for flavour.

In contrast, the Aged Genever is much more straightforward. It is made from wheat, rye and corn which was distilled up to only 58.1 percent. It was aged in ex-Oloroso sherry butts for 5 years. After ageing, only juniper was added as a botanical, as to not interfere too much with the aged spirit. 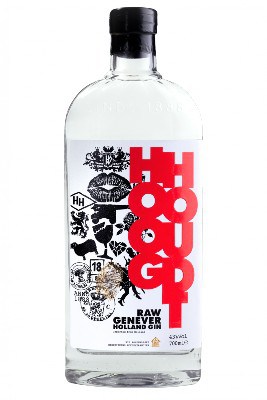 Nose: I love the soft graininess and bright notes of lemon and orange zest, while the juniper is very subtle. It has an inherent sweetness (almost vanilla-esque) that’s really enjoyable.
Taste: Mouthfeel on point, as this is super oily. It are the same elements that shine here, but with an added black pepperiness and a tinge of coriander.
Finish: Lingering spices. 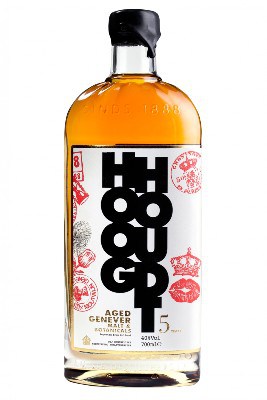 Nose: There’s a lot of Oloroso sherry goodness going on here. Just a tinge of juniper, but mostly raisins and sultanas with some spicy oak. I get nougat too, as well as some menthol and dark chocolate. Good stuff!
Taste: Lots of fudge, figs, raisins and vanilla, accompanied by baking spices. There’s a whiff of eucalyptus and raw sugar as well.
Finish: Lingering spices and a gentle sweetness.

Some of the best the genever category has to offer right now. They’re different, yet share the same DNA. While both are enjoyable neat (especially the Hooghoudt Aged Genever), you should absolutely make some cocktails or mixes. In case of the RAW, a simple Genever & Tonic will delight, while it also works in a Dutch Negroni. The biggest surprise is how great the Aged Genever mixes with cola! It’s like an elevated, more classy version of a Jack & Coke (which I’m a big fan of).

If you buy the Aged and RAW, you’re basically set for the genever section of your home bar. However, that wouldn’t be much fun, now would it? There’s much more to explore!