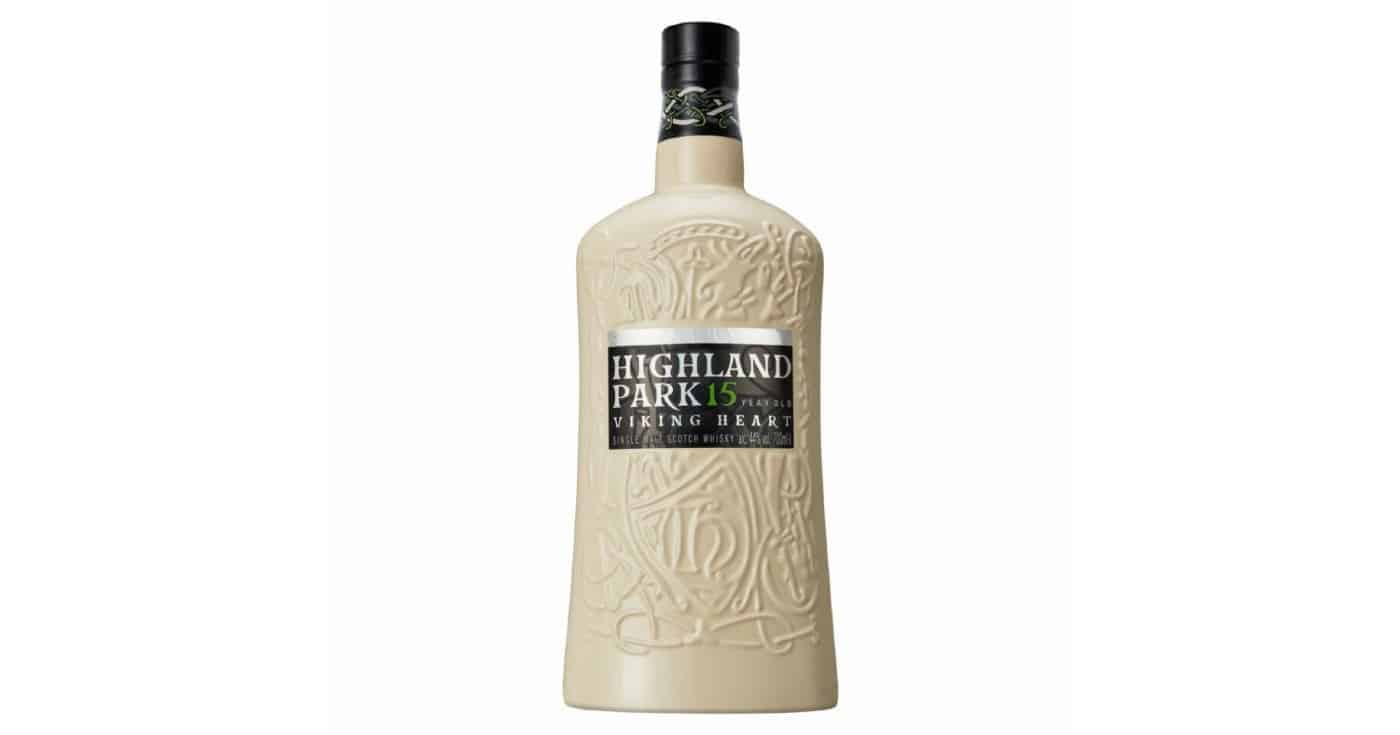 The Highland Park 15 Years Viking Heart also revives a material that we haven’t seen used for whisky bottles in a long time: ceramics. Decades ago the use of ceramics was much more prevalent. Many special editions of relatively cheap blends have been bottled in ceramic decanters. Especially the Bell’s Decanters, often released for a royal celebration of some sorts, are (in)famous.

There’s also a whole slew of Springbanks bottled in ceramics. There’s lots of different versions of ceramic jugs, as well as some insane ceramic book decanters. The contents of these decanters can be great, but they’re always a bit of a gamble when they show up at auction. It is hard to figure out the fill-level, after all. You don’t need to worry about that with the new ceramic Highland Park 15 Years Viking Heart. They’ve were bottled recently, so there is no issue with evaporation yet.

Nose: Touches of honey, brown sugar and a lovely fruitiness like pears, apples and pineapple, as well as some sultanas. Finally a whiff of polished leather accompanied by some light sooty notes.
Taste: Sweet, honeyed arrival with a slightly creamy mouthfeel. The smoke is a little less subtle and accompanied by pine resin and sage. Also notes of pink grapefruit, orange marmalade and hessian.
Finish: Lingering notes of tobacco, honey, dried grass and subtle peat. Medium in length.

Conclusion
The new Highland Park 15 Years Viking Heart does not disappoint, and actually surpasses my expectations. It is wonderfully well-balanced and bottled at a pleasant drinking strength. This'll keep you entertained for an entire bottle, no problem.
8.6
Related
8.5