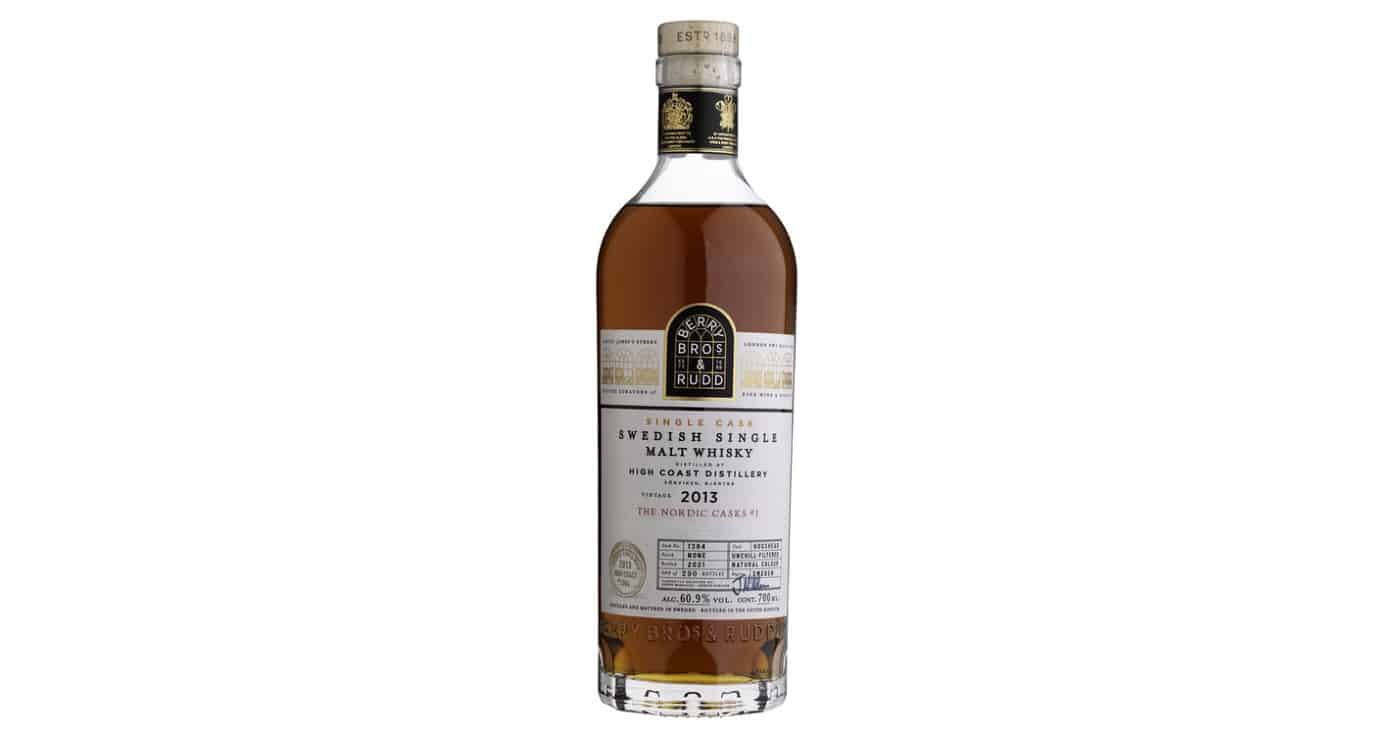 Just a couple of weeks ago Berry Bros & Rudd launched their first ever series of whiskies from the Nordic region. Included were single cask releases from Kyrö (Finland), Fary Lochan (Denmark), Myken (Norway) and High Coast (Sweden). I’ll review all of them in the coming month, but we’re starting with High Coast, probably the most well-known of the bunch.

Berry Bros & Rudd’s Nordic Casks series was introduced during an online tasting hosted by Jonny McMillan, assistant reserve spirits manager of the company. He kicked things off by talking about how the Nordic Series came to be.

“But as an established independent bottler it is quite important to nail your colours to the mast, and to talk about a whisky region which is not as in vogue as Scotch. That means looking over to world whisky.”

Jonny McMillan is a Scotsman and admits to previously having lacked the passion for world whisky. He just never had the desire to know everything about a region as much as he did for Scotch. “That started to change in 2018 when Berry Bros & Rudd had the opportunity to distribute High Coast in the UK. I was blown away by the character of the spirit and the vision they had to create something that i authentically Swedish.”

Fast forward two years and Berry Bros & Rudd have now bought from 15 or so Nordic distilleries, including new fill from many of them. “For me it is a region where pretty much all distilleries are founded by card-carrying, Glencairn-glass-wearing nerds, and I love it. I think if we come back in five years or so, people will be talking about the Nordics in exactly the same way as Tasmania, a progressive, innovative whisky region.”

A prime example of the kind of distillery McMillan was talking about is High Coast from Sweden. High Coast started in 2010 and sits around 500 kilometers north of Stockholm. The temperature differences between summer and winter are significant, which obviously influences their maturation regime. High Coast also increased capacity in 2018 from 100.000 litres of alcohol per annum to 300.000 litres.

“We’re not that small anymore and have been able to grow because a lot of people want to buy our whisky”, explained Lars Karlsson from High Coast during the online tasting. “Our unpeated whisky we try to make something similar to whisky in Japan. It should be well-balanced and quite light in style. The peated whisky is much more an echo of Islay.”

Over the years, High Coast has manage to become a favourite amongst whisky geeks. The level of detail the distillery shares about each of their bottlings is unmatched. But anyone familiar with the people behind High Coast shouldn’t be surprised, because they are geeks of the highest order themselves.

“We wanted to attract the nerds, that was our intention at first, since both Roger Melander [the distillery manager, ed.] and I are reel whisky geeks”, Lars explains. “Our transparency is what really interests the nerds. On our website you can find all information about the production process and casks. We basically have no secrets and want to help people become better whisky drinkers. Just because of this mindset we have a lot of fans.”

Berry Bros & Rudd first bottling of High Coast is not the first-ever independent bottling from this Swedish distillery, but I’m confident there hasn’t been another receiving as much attention. It matured in a sherry hogshead and has already received some rave reviews.

Nose: Clearly a modern style of sherry maturation with a youthful intensity at first, although a bit of air tames it considerably. Notes of charred oak, smoked paprika powder, some baby oil and plenty of dried fruits and prunes, as well as mocha and a whiff of cassis. Finally just a touch of soy. It just doesn’t ever seem to stop developing.
Taste: It’s the (previous contents of this) cask that does much of the talking here. Vibrant and bold with a spicy, dry arrival. Notes of cinnamon, honey, crème de cassis and black pepper, but also dates and chocolate-covered coffee beans. A tiny whiff of struck matches, but they actually add a layer of complexity.
Finish: Slightly dry with a touch of pine, but also chocolate, raisins and cherries. Very long.

Conclusion
There's many sides to this whisky, and I like it. A lot. First impression was youthful, and you'd not soon mistake this for a 20+ year old single malt, but it developed immensely in the glass, leaving that perceived immaturity behind. A triumph by High Coast and a great pick by Berry Bros & Rudd.
9 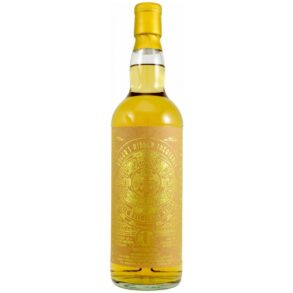 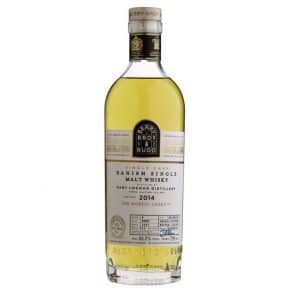