Green Spot is one of the few readily available Single Pot Still Whiskey’s from Ireland. It is said to be 7 to 10 years old and is produced at Midleton Distillery. A combination of (re-fill) bourbon and sherry casks is used.

Single pot still whiskey might be seen as the Irish equivalent of what the Scottish call single malt whisky. Except that single malt whisky can be produced anywhere in the world, while single pot still whiskey is required by law to be made in Ireland. The big difference though is the use of both malted and unmalted (or green) barley. It gives this type of whiskey its own distinctiveness.

Nose: Peaches and a whiff of lemon peel. There’s some wood glue, but the fruit remains at the forefront. Now more freshly cut apples and ripe pears. A hint of porridge.
Taste: An oily mouthfeel, with sweet barley. Again some peaches, and now also more of a nutty quality, with walnuts and almonds. Even some coconut milk, and a tiny bit of menthol.
Finish: More of the same (peaches, nuts, oily), but also freshly cut grass. Medium in length.

Dangerously drinkable, and a big whisky even at just 40 percent abv. Good value for money stuff. 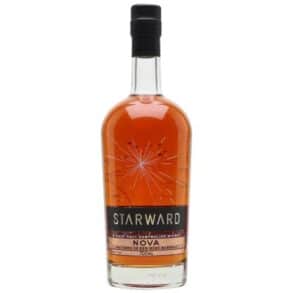