Great King Street has been around for a while now. This blend by Compass Box is named for the address of their Edinburgh office. The last few months saw the release of a few new variations of the Great King Street whisky though. One of them was a series of Single Marrying Cask expressions.

Married in early 2017, this blend of malt whiskies then matured for an additional 18 months in ex-bourbon hogshead number 26. It is bottled exclusively for Dutch importer Bresser & Timmer, but I’ve seen a few others destined for the Belgian market as well.

Nose: Exquisite balance of orchard fruits (apples, pear skin) and soft spices, mainly cinnamon, but also lots of vanilla. There’s some touches of apricots, and the most subtlest whiff of smoke. Finally some cotton candy as well.
Taste: Plenty of vanilla custard, with a hit of spices. Cloves come to mind, as does nutmeg. There’s a whisper of blackberries too, as well as some oak shavings. Nice, vibrant, balanced.
Finish: An encore of the aforementioned. Medium in length.

Good balance and nice complexity, this is a blend worth keeping an eye out for. 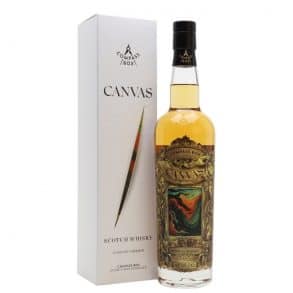