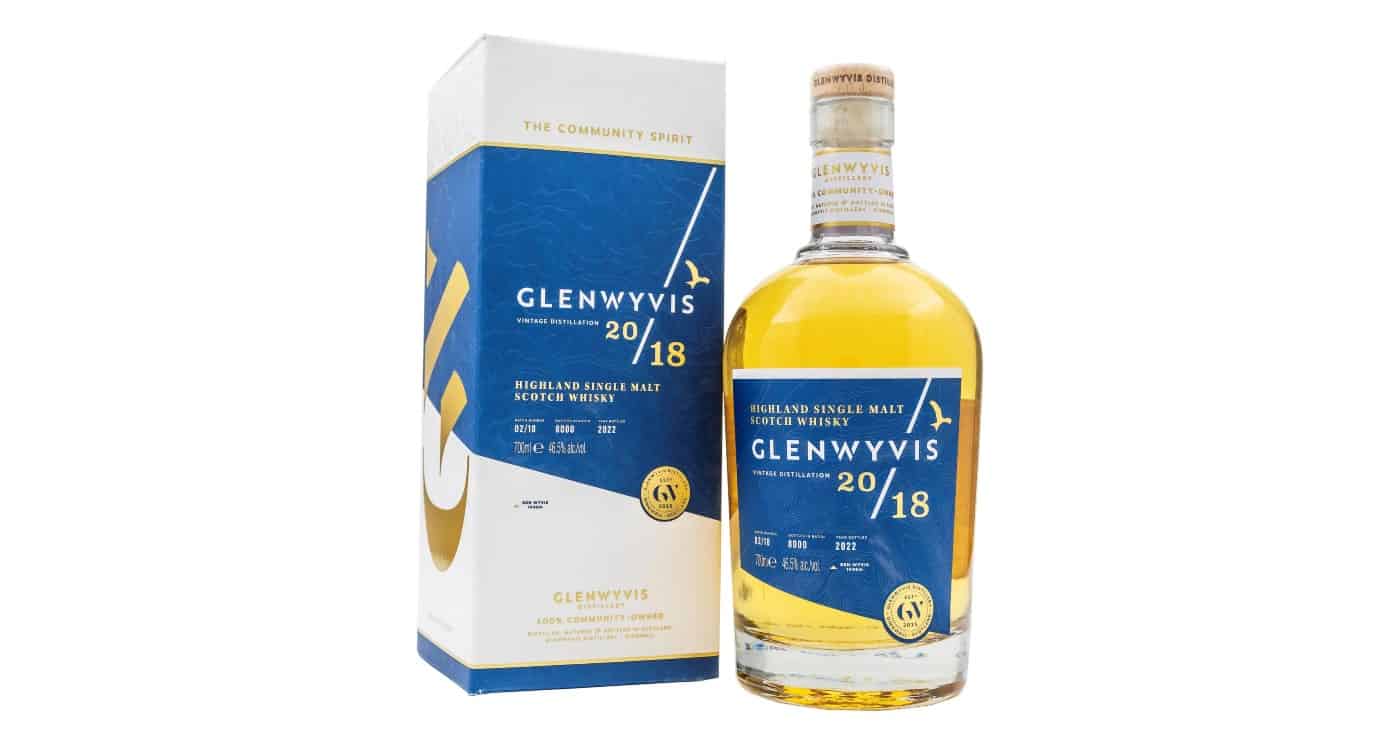 The concept of GlenWyvis is easy to like. I wasn’t able to get my hands on their Inaugural Release, but did get myself a sample of their second-ever single malt. The GlenWyvis 2018 Batch 2 is a young malt from an upstart distillery trying to make a name for itself.

So, what is the concept of GlenWyvis? Well, the distillery was established in 2015 and the idea was to unite the community of Dingwall, a small town in the northern Highlands of Scotland. They ran an open share offer and more than 3,000 people invested in GlenWyvis, making it the first-ever 100% community-owned distillery.

It’s also an incredibly green distillery, in large part because it is located on farmland of founder and managing director John Mckenzie, who previously invested heavily in renewable energy. Therefore GlenWyvis has its own biomass boiler to provide steam for the stills, uses solar power, makes use of a hydro dam and wind turbine AND is investigating battery storage. Those are some serious green credentials.

They’re also very transparant. Here are the full specifications for the GlenWyvis 2018 Batch 2:

Indeed, there’s a lot to like here. But all of it hinges on the quality of the whisky.

Nose: Vanilla shines through from the get-go. There’s also notes of sourdough, gooseberries and lingonberries with a touch of cinnamon, cloves and lime zest. Just a whiff of oak shavings, cotton candy, and wet pebbles.
Taste: Mouthfeel is in order and somewhat viscous, but the arrival is a bit hot, even at this reduced strength. A pinch of white pepper, nutmeg, cloves and toasted oak. Whispers of malt. Sadly, there’s not much in the way of fruit or anything else to make it really stand out.
Finish: Short to medium. Oak spices.

Conclusion
While not exactly singular, I thought the nose of the GlenWyvis 2018 Batch 2 showed promise at least. The palate was less convincing. Not very well-rounded, nor much depth. I like this distillery's approach, so I hope their whisky catches up to it.
7.6