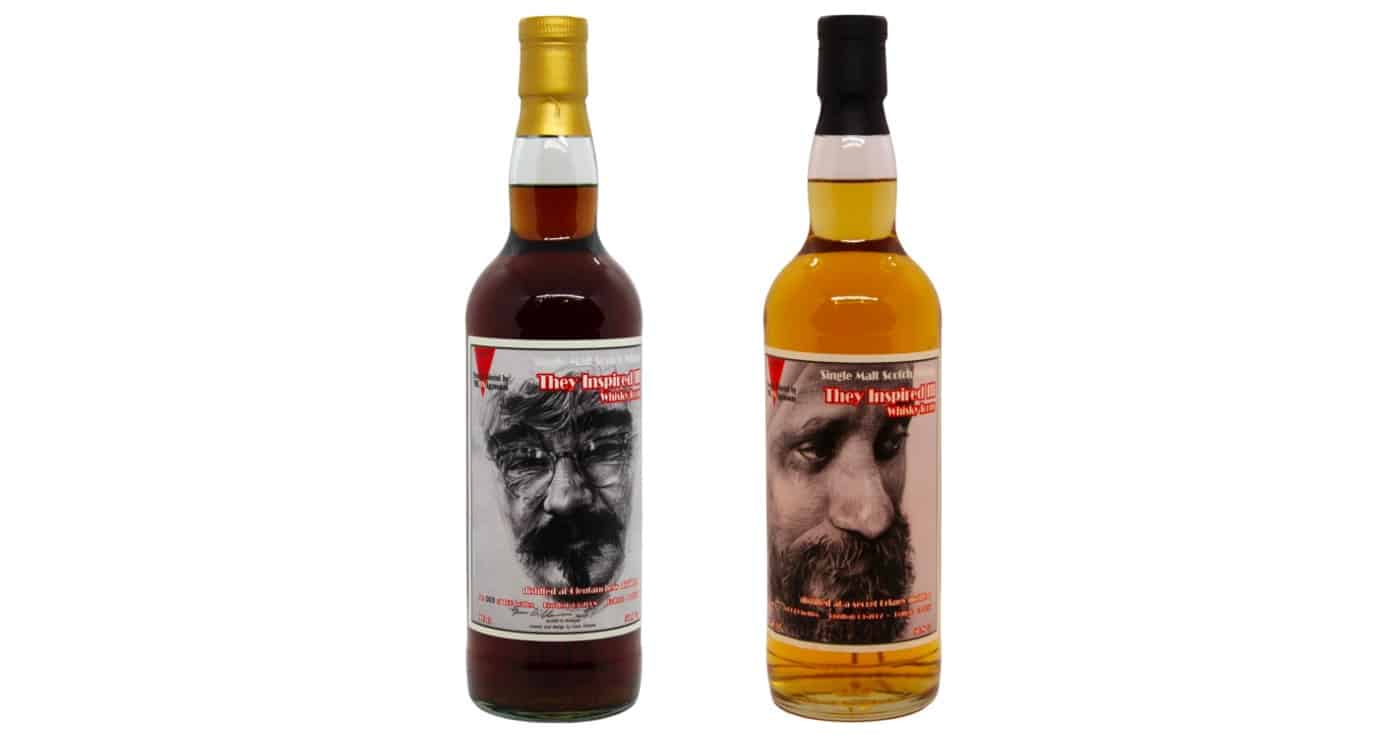 One a sherry bomb from Speyside, the other a fairly naked, lightly-peated single malt from the Orkney Islands. Two contrasting styles. Both high-quality whiskies. And the labels are graced by two eminent whisky figures, Serge Valentin and Sukhinder Singh.

These new releases were just launched by Michiel Wigman from Dutch Whisky Connection. But you’re going to have to be quick if you’re interested in the Glentauchers 2008 or Secret Orkney 2007. The stock counter in his webshop is dwindling. Pretty fast too.

Nose: A dense, heavy sherry bomb the likes of which I haven’t tried in a while. Not too dry though. Notes of pralines, dark chocolate, coffee beans and Maraschino cherries. Also some prunes, mulberries and dates with a touch of chestnuts.
Taste: Very pleasant sherry influence. Thankfully not quite an in-your-face sherry bomb, but rather a bit more dignified. The palate is in the same vein as the nose, balancing between chocolate, coffee and sweet (dried) fruits. But there are some gentle spices here too, as well as a touch of fennel. Very pleasant.
Finish: Somewhat dry with lingering oak spices, marshmallows and strong coffee.

Conclusion
With a sherry influence this pronounced, I’m always afraid I’ll get a pressure-cooked experience. And while there’s arguably not much left of the Glentauchers, what remains is a pleasant, intensely sherried single malt with enough sophisticated elements.
8.7

Nose: A citrus-y brightness (mainly preserved lemons) that highlights notes of smoked barley husks, a gentle earthy peat influence and stewed apples. Slight whiffs of straw, cotton candy and tar too.
Taste: Silky mouthfeel and a sweet arrival with just a touch of soft wood smoke. Heather honey, a pinch of white pepper, and briny green olives too. Finally some grassy touches too, as well as green apple peel.
Finish: Long with a decent salinity, some tar and minerals.

Conclusion
Is Highland Park now the Caol Ila of the North? It seems like you can't quite go wrong with these Secret Orkney releases. Very consistent. Most importantly, they're consistently very good.
8.8

Very, very solid single malts. If you’re into Secret Orkney (aka Highland Park) this is a can’t miss release. And if you’re into heavily-sherried whisky, then I’m pretty sure you’ll enjoy the Glentauchers too. Good stuff, but I’ll delve into a pair of other releases from Michiel Wigman that might not be better per se, but certainly more interesting. Stay tuned!