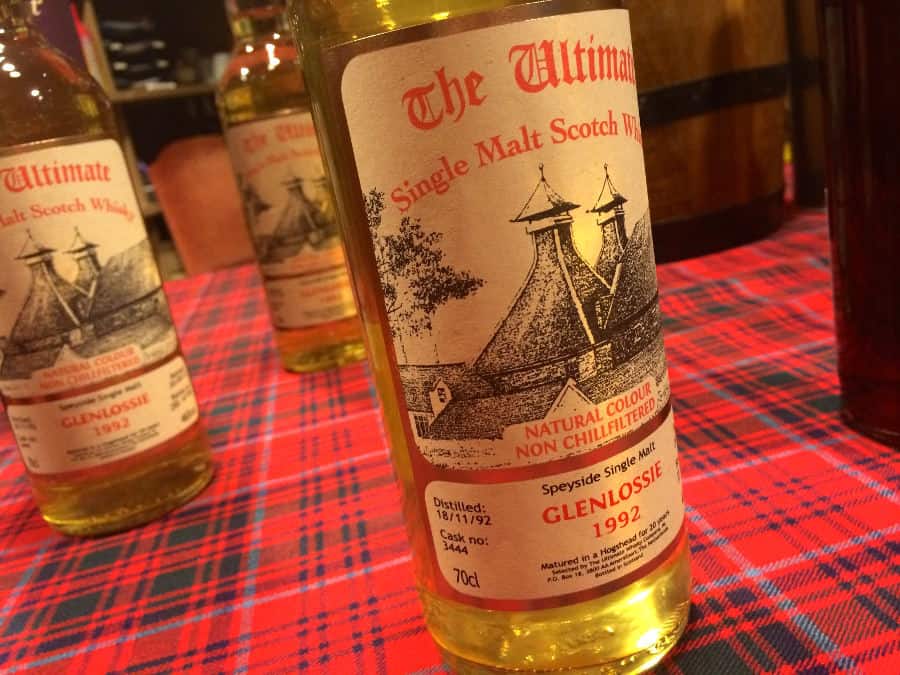 Most of the production of this Speyside distillery is used for blends. There really is only one sort of official release in the Flora & Fauna range. Glenlossie, I like the sound of that name. But do I also like the way this whisky tastes? The fact that it’s  from Dutch bottler Van Wees is at least a good first sign. They almost always produce good single cask whiskies, sometimes even great ones. This is from cask 3444, which only produced 290 bottles at a watered down 46 per cent abv.

Nose: It’s very waxy and buttery, which I like! It’s a fruity dram, which was to be expected since it’s such a popular whisky amongst blenders. There’s white grapes and some coconut.
Taste: More citrus than anything else. It’s a bit spicy and I also get some apple. It’s a bit generic, not very distinct.
Finish: Short and fruity.

This is a fine product, but I did expect a bit more from a 20 year old whisky. It doesn’t show it’s age. This Glenlossie would a very suitable daily drinking dram.