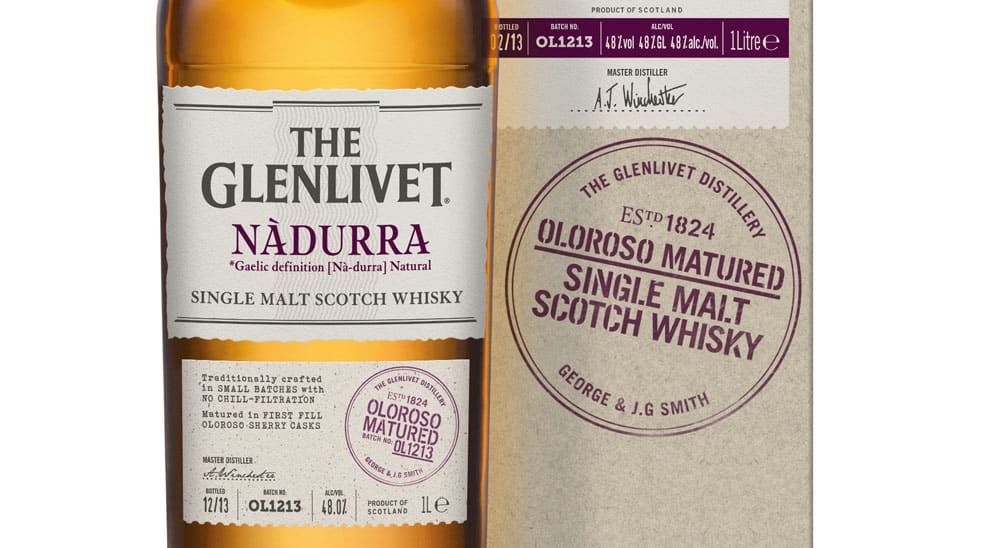 Let me start by dropping this (minor) bombshell: I’m not impressed by the acclaimed The Glenlivet Nàdurra. I bought a bottle years ago (can’t remember the exact batch) and have had samples of different batches since then, but none could convince me. Then why did I buy a bottle of the the Oloroso-version of the Nàdurra, just days after it’s release in May? I don’t know, some thing are just unexplainable. Let’s just say this new release peaked my interest.

I’ve always though of the Nàdurra as the bourbon-matured counterpart of a whisky like the Aberlour a’bunadh. A very affordable cask strength whisky released in batches that receives praise from casual drinkers and connoisseurs alike. So it’s interesting to see if the Nàdurra Oloroso (even though it’s not bottled at cask strength) can rival the excellence of the a’bunadh. 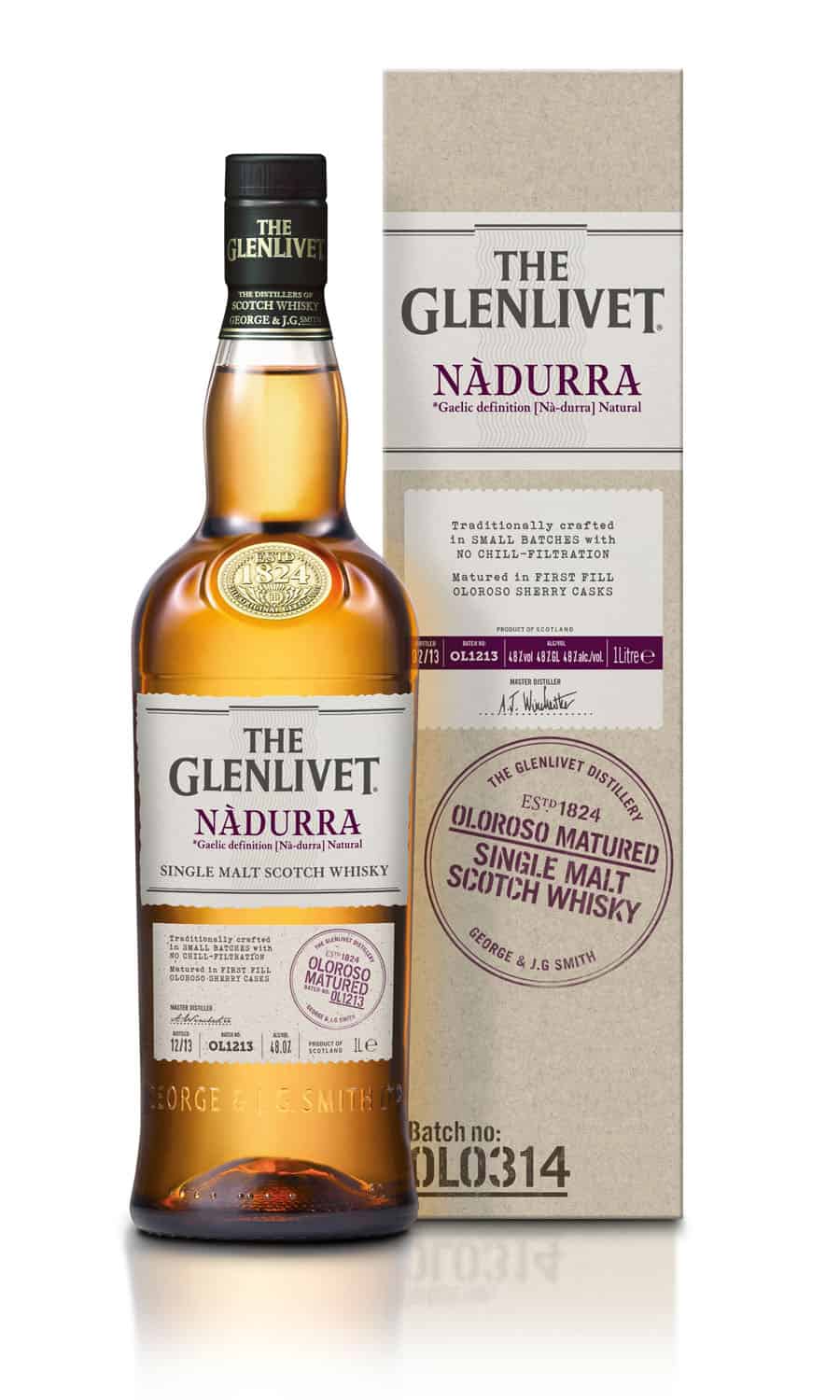 Nose: Lots and lots of sweets, like a cherry-flavoured candy cane. Orange and raspberry. The nose has a youngish, spirity smell. That’s not terribly surprising, since this is a NAS-whisky, unlike the regular 16yo Nàdurra. Underneath all the sweetness it has a strange beer-like, almost sour quality. Is this what the wort at The Glenlivet smells like? All in all a pleasant nose, but a bit one-dimensional.
Taste: More spicy (mint) and more wood-influences. It doesn’t even come close to the sweetness of the nose. Some dried red fruits, a bit of tobacco and a slight overall dryness.
Finish: Warming. It lingers for quite a long time. Red forest fruits, cherries, sugar, tobacco.

This is a decent Oloroso-matured whisky, and it is interesting to see what a cask strength version (to be released somewhere this fall) is like. But it’s no competitor for the Aberlour a’bunadh and I doubt it will become one at a higher abv.

Next
Glenugie 1980: Complex and Interesting