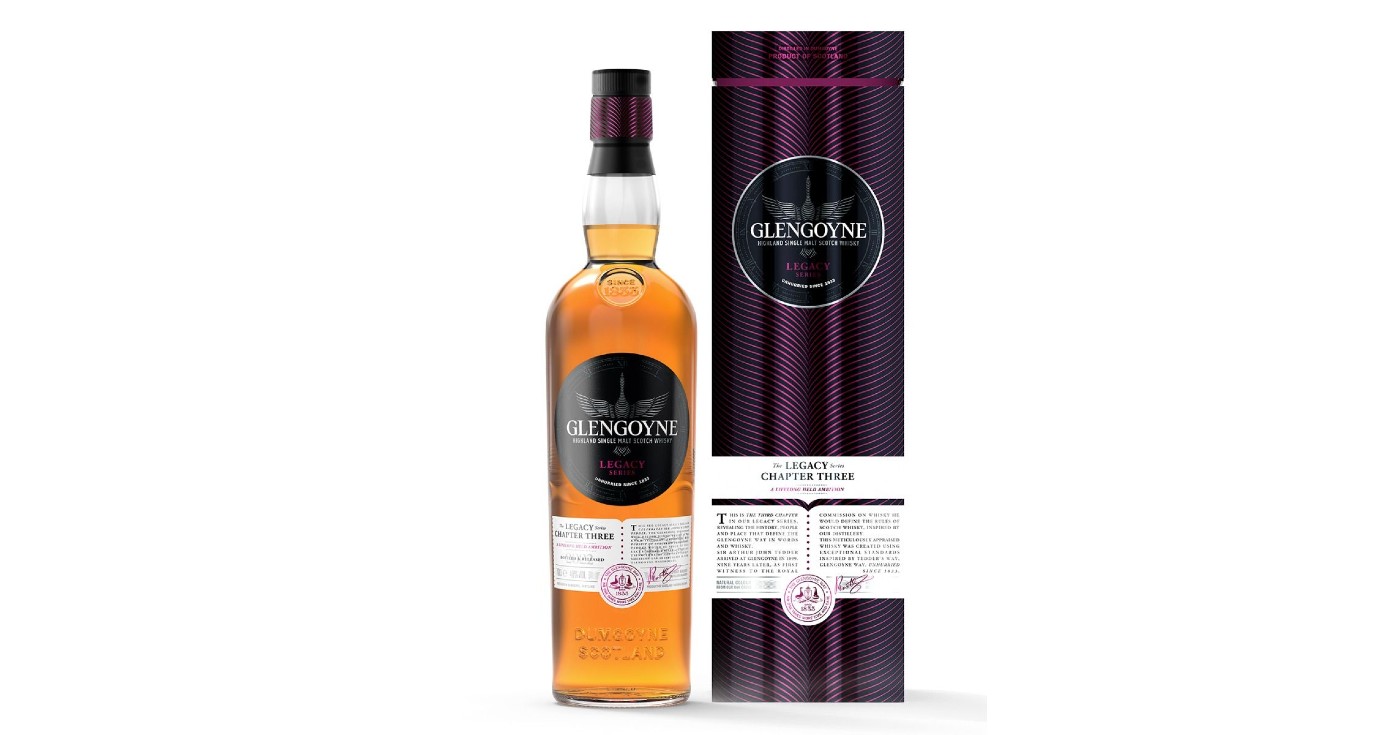 So far, Glengoyne’s The Legacy Series hasn’t exactly been legendary, just average. But Chapter Three comes with a twist. It was announced as a complimentary bottling to The Offline Edition.

If you’ll indulge me, I’d like to dive into The Offline Edition for a moment. As far as I can tell, it was received glowingly in the whisky community. I saw a lot of social media posts from influencers touting it. One the surface I understand why, but given a little more thought, The Offline Edition doesn’t make much sense.

You might think The Offline Edition is the name of a standalone bottling by Glengoyne. Or at least, that was my initial thought. Instead it is nothing more than a box. Quite an elaborate box though, as it is inspired by the Faraday Cage. The box has an aluminium inner tube which turns it into a digital blackspot, withstanding 3G, 4G, 5G and Wi-Fi signals. I love the philosophy: it was designed for switching off and enjoying uninterrupted moments with friends and family. That’s great, because we spend way too much time on our phones.

However, who in their right minds pays 50 pounds for The Offline Edition? To remind you, it’s a box that does not include a bottle of whisky. Although I guess it did in a roundabout way, because the only way you could order it was in a package deal with the Glengoyne The Legacy Series Chapter Three. Total cost? Some 120 pounds. Whereas a single bottle of the Chapter Three sets you back just 70 quid (hence the 50 pounds per box). And yet The Offline Edition package deal is sold out.

That’s a lot of money for a box that does the same as a feature that is included for free with every phone. I’m talking about Airplane Mode of course. I suppose there are people out there that need a box to resist the urge to pick up their phones, but should we really cater to them by designing a box? There are other ways to treat addiction.

I can see how The Offline Edition could be a neat little gimmick on tables in whisky bars, but beyond that? And I haven’t even mentioned the sustainability issues I have with this box. I was gifted one by Glengoyne. And it is big. The carbon footprint of shipping this thing is not insignificant, which doesn’t compute with a distillery that is championing sustainability.

Let’s just say I think the concept was okay, but the execution was lacking. To me it would’ve made way more sense if The Offline Edition was an actual limited release, instead of selling it only tied to The Legacy Edition. At least it would give the box a second function (safekeeping a bottle of whisky), offsetting some of its carbon footprint.

That’s enough sourpussing for today. Let’s move on to the Glengoyne The Legacy Series Chapter Three, which has matured in American oak sherry casks.

There have been two previous editions (duh–doy). This third one celebrates Sir Arthur John Tedder, the Glengoyne exciseman who helped define whisky as we know it today. He was first witness at the Royal Commission on Whiskey and other potable spirits. A royal commission to determine the very concept of what whisky was.

Nose: This leans heavily on American oak maturation, with touches of apricots, vanilla pods, biscuits and honey-glazed apples. There’s a hint of cinnamon and cloves, but also some sultanas. Sweet yet fresh and well-integrated.
Taste: The mouthfeel is creamy but also somewhat thinner than expected. A sweet arrival with vanilla, some more apricots and then honey. A pinch of black pepper too. Finally some cinnamon-sprinkled apples, mint and macadamia nuts.
Finish: Somewhat drying and the spices linger for a while. Finally a sliver of grainy pear.

Conclusion
My favourite of The Legacy Series so far, the Glengoyne Chapter Three combines freshness, sweetness and a subtle spiciness. It delivers on balance between each of these components and would be a very pleasant sipping whisky. I could see this ending up on the table during an evening with friends. Wouldn't surprise me if we'd make quite a dent in it. And no, The Offline Edition won't make an appearance.
8.4