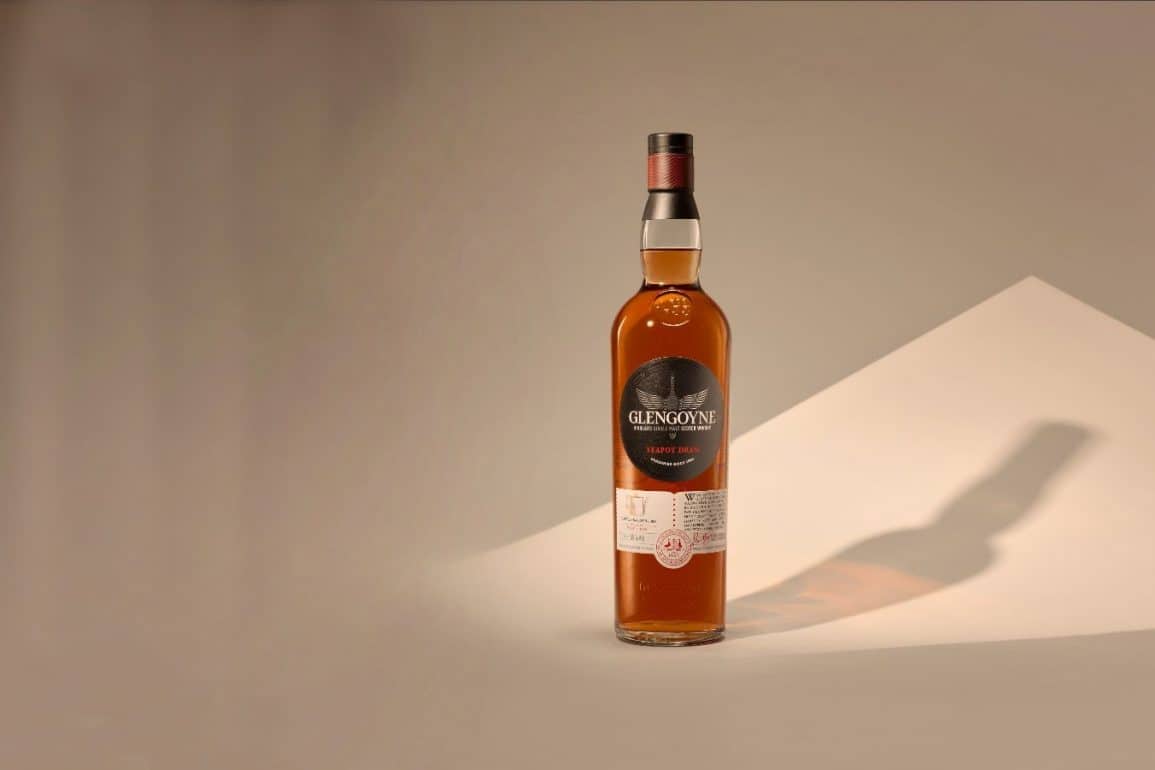 Glengoyne has added a new chapter to one of their most-beloved series, Batch 8 of the Teapot Dram. Just like previous editions the Glengoyne Teapot Dram Batch 8 will be available exclusively from the distillery’s own website. A total of 3,000 bottles of this new Scotch single malt will be available.

Malt Master John Glass has previously mentioned the Teapot Dram when discussing some of his best creations to date, saying “… [the] Teapot Dram is always a lot of fun to work with – we look at so many sherry casks to find the right ones.”

It’s been 10 years since the first-ever Teapot Dram was released by the distillery, so the story behind the Glengoyne Teapot Dram Batch 8 should be relatively familiar by now. But I’ve no issue repeating it. Back in the day (until the 1970s!), many Scotch whisky distilleries had an interesting philosophy when it came to fringe benefits for their employees: distillery workers received a daily dram (or two, or three).

At Glengoyne this meant three fingers-worth of whisky, thrice daily. I don’t know how anybody would be able to do their work while under the influence of that much alcohol, but Glengoyne from the 1970s is generally fantastic. I guess it didn’t hurt the production process.

However, not every worker looked forward to their daily intake of whisky. So in order to ‘save face’, the less experienced drinkers would pour leftovers of their portion into a copper teapot on a window sill. Older colleagues at Glengoyne would then help themselves to ‘cups of tea’ in between.

I agree that this sounds ridiculous today. It’s not like the workers would simply enjoy a few nips of whisky after a long day in the distillery. Three fingers of whisky? Three times a day?! It sounds like they should’ve been drunk beyond recognition. What’s more, this tradition was upheld for 150 years. Thankfully these sort of practices are now in the past. The Glengoyne Teapot Dram Batch 8 romanticizes an outdated tradition, and reminds us we’ve become more responsible since then.

There will be a live tasting of the new Teapot Dram on 20th January 2022 starting at 7pm GMT (or 8pm CET). Robbie Hughes and Gordon Dundas will be joined by colleagues Jason MaCabe, Blair Mitchell and Stephanie MacIntyre to discuss the latest release. The event will be broadcast live from the Distillery Warehouse No 1 across the Glengoyne Facebook and Youtube pages.

Bottled at 59 percent abv, the Glengoyne Teapot Dram Batch 8 matured in first-fill Oloroso sherry casks, because that is the type of whisky the distillery workers were offered in the past. It is available at Glengoyne’s online shop for £120 per bottle.