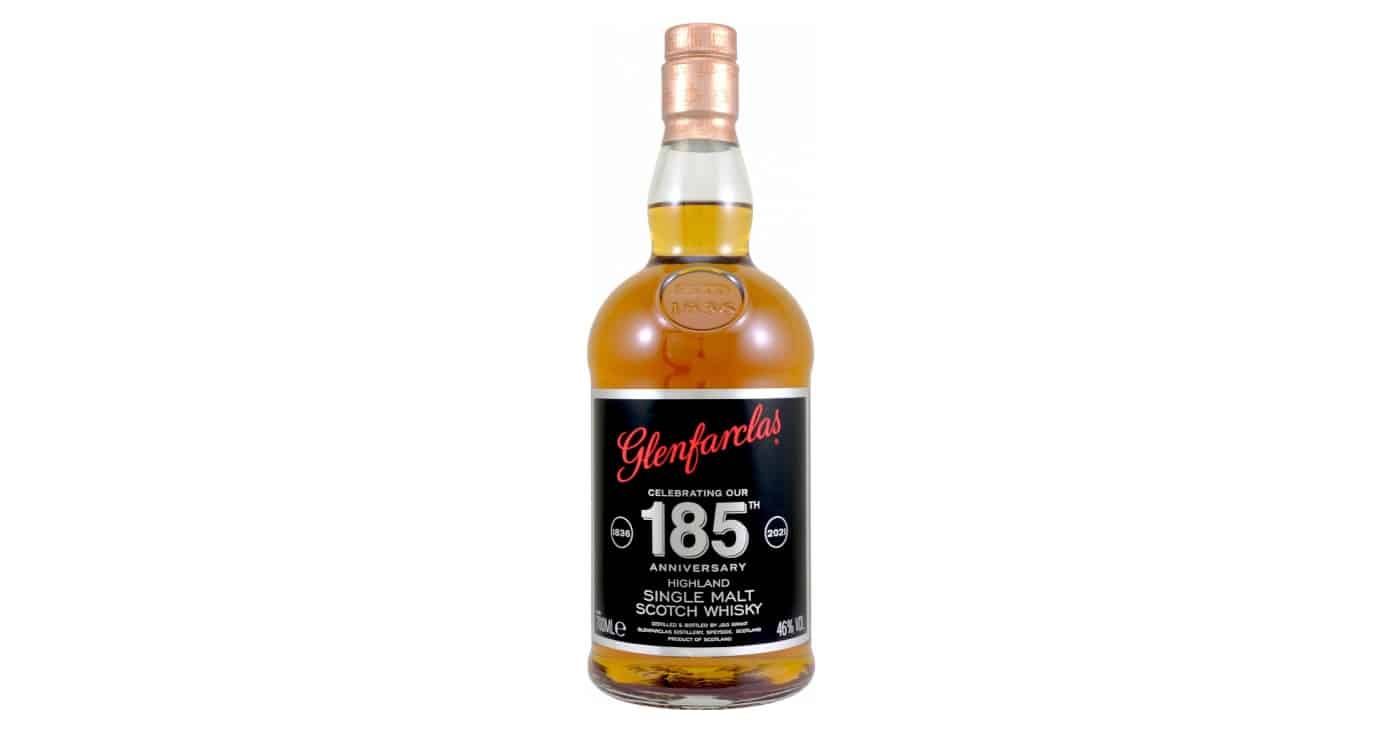 What better way to celebrate your anniversary with an affordable, yet high-end single malt that shows off your vast stock? Indeed, Glenfarclas repeated their neat little trick from 10 years ago, and last year once again released an anniversary bottling that includes whisky from six different decades. I’m honestly somewhat surprised there are still many bottles of the Glenfarclas 185th Anniversary floating around at retailers.

The Glenfarclas 185th Anniversary celebrates the 185 years since the producer began distilling legally in May 1836, although illicit distilling is said to have been going on since the late 1790s. The Grant family has owned Glenfarclas since 1865 and have been the guardians of Glenfarclas ever since.

“Due to my grandfather’s foresight, here at Glenfarclas we are very fortunate to have casks in our dunnage warehouses from seven different decades, from the 1950s to the 2020s,” said George Grant, sixth-generation family member and current sales director.

“Some of our warehouses even predate the 185th anniversary we are celebrating, as ‘uisge beatha’ was being made at Glenfarclas a good few years before a licence was held. To mark 185 legal years we have selected some of our finest casks from across the decades and put together a whisky with old, rich, sherried flavours that remain fresh and vibrant in your glass.”

Contrary to the 175th release, there’s not any clear info about the ratio of casks used for the Glenfarclas 185th Anniversary. Ten years ago each decade was represented pretty much equally, but I don’t know if that’s the case again now.

However, this latest anniversary release is bottled at a higher strength than the previous one. Around 6,000 bottles were released of the Glenfarclas 185th Anniversary and there are still plenty available for (close to) original retail price.

Nose: Waxy, honeyed and fruity with elements of mango, plums and yellow peaches. There are hints of sultanas too, as well as some fruity tea, sweet porridge, a whiff of mint and sprinkles of cinnamon. Showing its age in the best possible way. Not too dissimilar from some of those early 1990s undisclosed Speysiders.
Taste: Creamy mouthfeel with soft spices and a few light tannins, quickly followed by plums, honey, orange zest and cotton candy grapes, but also a whiff of pink grapefruit. Some slight herbal touches, vanilla custard and cloves as well.
Finish: Lingering notes of pollen, a hint of milk chocolate and some aniseed. Short to medium in length.

Conclusion
It's the relatively short finish that keeps me from rating the Glenfarclas 185th Anniversary any higher. It's a triumphant whisky regardless. Really good and with a flavour profile that showcases the casks from the earlier decades.
8.9