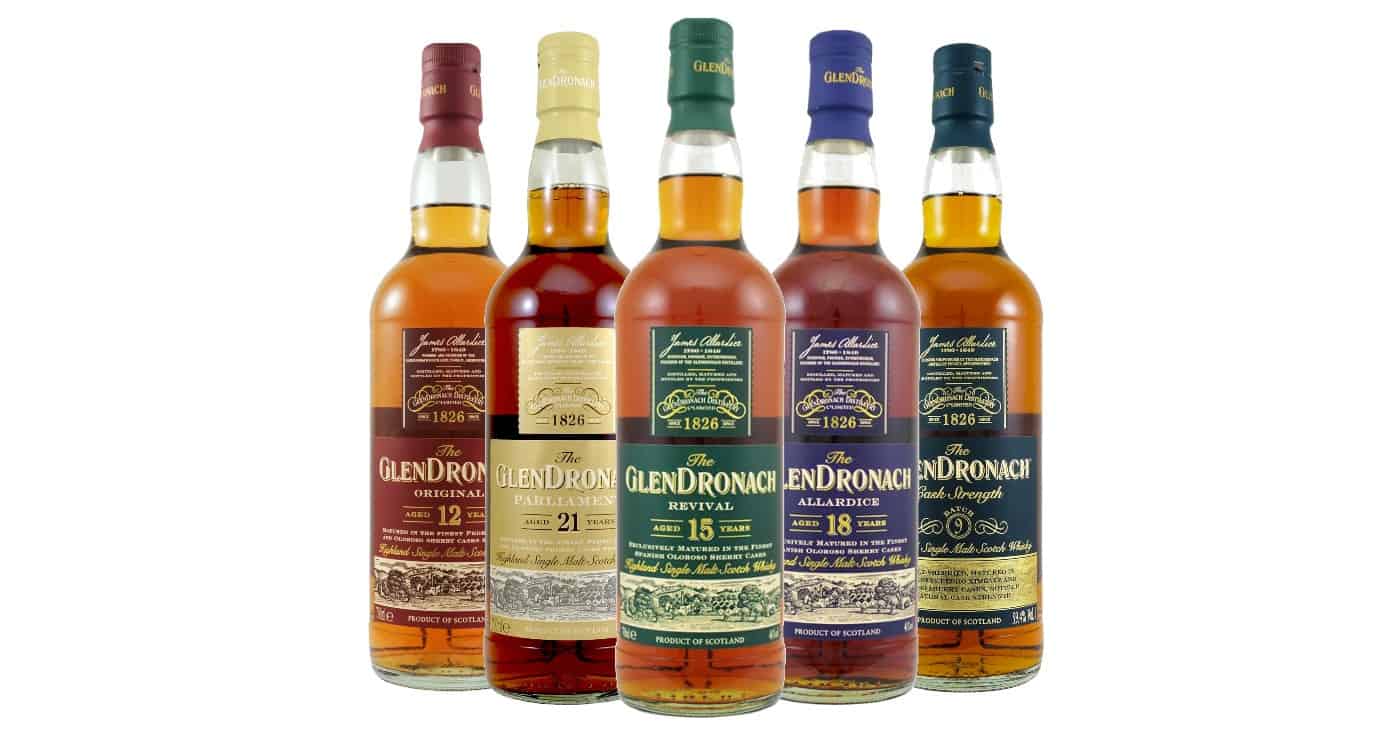 The information and quotes for this blog post originally appeared in a Dutch article by Bert Rutkowski for Whisky Etc. His article was published in early 2014, mine followed shortly thereafter in February 11th 2014. The final update to this article is from October 14th 2021.

Let’s just dive in immediately, shall we? There’s a causality between the mothballing of GlenDronach and the true age of their age statement whiskies. The distillery was closed from 1996 until 2001, and that gap of six years forces GlenDronach to use older whisky than necessary. Take a long hard look at the infographic below and see for yourself.

The 12-year-old Original was released in 2009, so should’ve been at least partly distilled in 1997. Except even the first batch of the Original was already actually at least 13 or 14 years old. If you bought a 12-year-old in 2013,  you actually were awarded an 18-year-old whisky. The same also goes for the 15-year-old Revival, 18-year-old Allardice and 21-year-old Parliament. At certain peak moments GlenDronach is six years older than stated on the label.

Too good to be true?

All of the above almost sounds to good to be true, but it is. Firstly because numbers don’t lie, and secondly because it was confirmed to Bert Rutkowski during a visit to the distillery in the summer of 2013.

During a time where No Age Statement-whiskies were the trend because of dwindling stock, why did Glendronach owner Billy Walker chose to have a core range of almost exclusively age statement whiskies? Apparently because he wanted to revive the age statements used by Teacher’s since the 1960’s until the sale to Pernod-Ricard in 2005. This was confirmed by Stewart Buchanan, International Brand Ambassador. He explains:

“Billy even wanted to add new expressions, which we did. I expect that the new generation of whiskies will be mostly NAS with fancy names, but we hope to be able to sustain a core range of top quality whiskies with age statements. Especially because we feel like that’s the way we can keep up the delicate and unique character of our distillery, whereas with NAS-whiskies the influence of the casks will weaken that character.”

So, did GlenDronach have enough stock to keep releasing older whisky? They certainly were planning to back in 2014. When Billy Walker bought GlenDronach in 2008, he also acquired 35.000 casks. Buchanan: “And he put a lot of effort into buying back casks from Beam, Pernod-Ricard and others that were going to be used for blending. Our prediction is that we can maintain our core range with our current supply. But we do need to be very careful with our sales every year to be able to do so until 2023. In the current whisky climate it is harder to mature whisky than to actually sell it.”

Those words by Buchanan turned out to be pretty prophetic. Indeed, GlenDronach has become so popular that despite their best intentions, the distillery has had a very difficult time keeping up with demand. Even so much so that they had to discontinue the GlenDronach 15-years-old Revival in 2015, less than 18 months after the original publication date of this article.

While that turned out by far to be the most drastic move by GlenDronach, it wasn’t the only time the distillery has had stock issues. At different times over the past years, the 18-year-old Allardice and 21-year-old Parliament were very difficult to get. For example, the last known batch of Parliament known on Whiskybase is from June 2020.

As a result retail prices have risen, sometimes quite dramatically. That’s partly due to pricing policy by the distillery, but also because retail outlets realised they could ask higher prices for GlenDronach that was bottled in certain years — a regretful side-effect of this article.

Lots has changed since those comments by Buchanan in 2014. Most importantly: Billy Walker no longer owns GlenDronach. In 2016 the distillery (as well as sister distilleries BenRiach and Glenglassaugh) was acquired by Brown-Forman for the massive sum of $ 416 million USD. Currently in charge of the GlenDronach whiskies is another industry legend: Dr Rachel Barrie. But the new regime hasn’t been great for the reputation of the distillery.

When the GlenDronach 15-year-old Revival finally returned in 2018 it was welcomed back by fans with open arms. Reviews were generally positive, but the whisky didn’t seem to have that same magic as it did before it was discontinued. Made up entirely out of single malt produced after GlenDronach reopened again in 2002, its flavour profile was noticeably different. That alone shouldn’t have to be a problem, but coupled with the higher retail price, it just doesn’t represent the same value for money it once did.

Then in early 2020 there was a lot of controversy because the distillery removed the mention of ‘non-chill filtered’ from their packaging. The distillery released a statement that didn’t instill much confidence. “We have removed non-chill filtered from our packaging to provide the flexibility in our processes to optimise consistently exceptional quality, flavour, clarity and stability.”

To conclude the original article, I wrote “Let’s just hope that in a couple of years, when they can finally release whiskies with accurate age statements, they are able to produce the same top quality as they do now.” That hope doesn’t seem to have come to fruition. Sure, some of the single cask releases are still top notch, but also priced pretty much out of everybody’s range. As far as the more affordable releases go: the latest Glendronach Cask Strength Batch #9 was underwhelming.

This article remains current and useful for when you’re in a whisky shop and there are some dusty bottles of GlenDronach on the shelve still. However, the glory days of GlenDronach are certainly behind us. Instead, many (former) fans of GlenDronach have turned their attention to other distilleries, like GlenAllachie. The current owner and Master Blender of that distillery? Billy Walker. 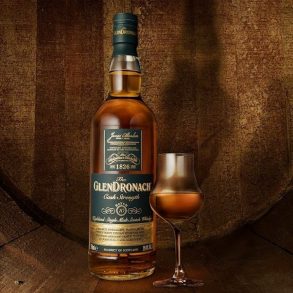