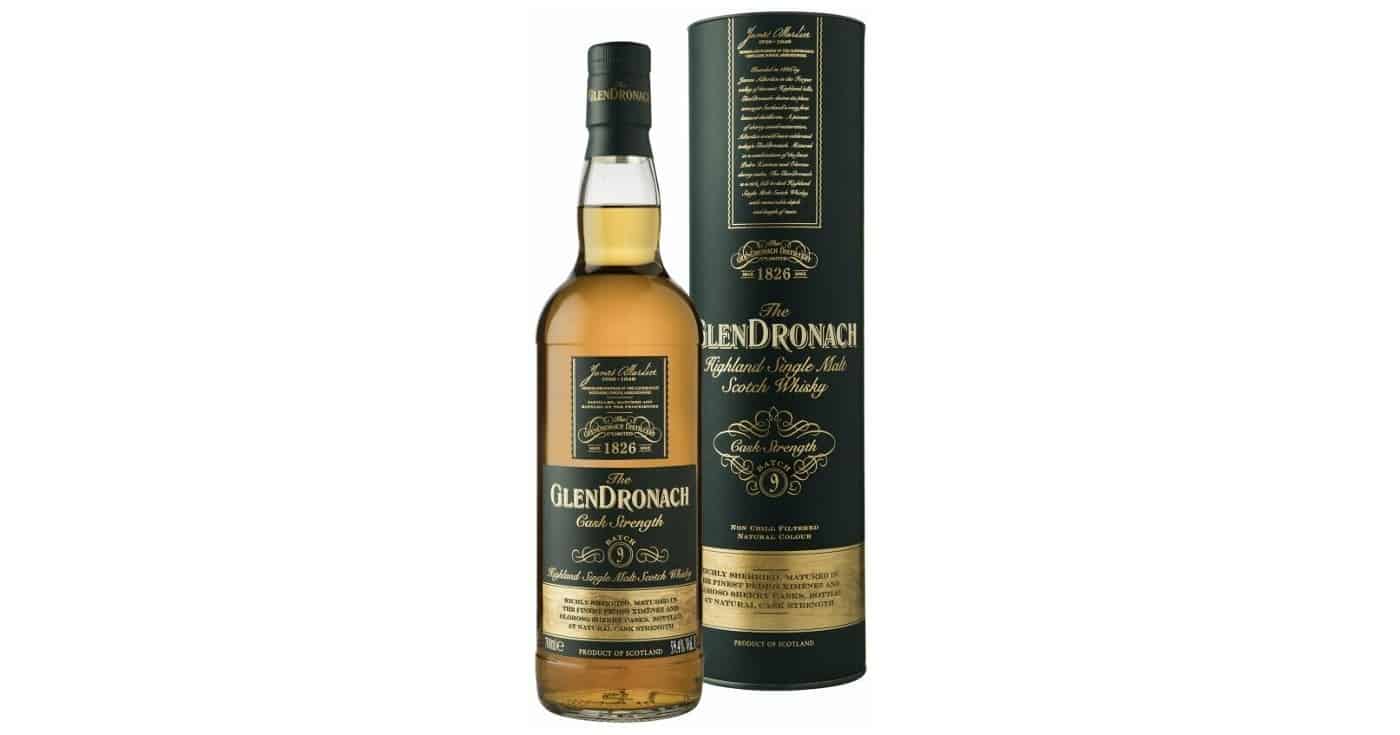 It wasn’t that long ago that GlenDronach distillery was hailed as the next Macallan. Now that magic seems to have disappeared. The distillery still has a lot of fans, but many connoisseurs are looking for their sherry fix elsewhere. Today I’m reviewing one of the distillery’s trusty staples; GlenDronach Cask Strength Batch #9.

It’s been ages since I’ve tried one of these. I reviewed Batch #2 as part of my Sherry Project, and it’s been almost five years to the day that I took a closer look at Batch #3. I loved both, but lots has happened since. Most notably the sale of GlenDronach to Brown-Forman, which also meant the exit of master blender Billy Walker, who by some of the distillery’s devotees was seen as an almost messianic figure.

Due to their closure in the 1990s, GlenDronach has been dealing with a gap in their stock and it has put a lot of strain on the distillery. They haven’t always been able to keep up with demand, starting with the discontinuation of the GlenDronach 15 Years Revival. That decision was made back when Walker was still in charge. But while expressions might not have been outright discontinued since, some have been in very low supply.

On the bright side, most of the distillery’s core range consists of whisky made after 2002 — the year when GlenDronach reopened. That means the distillery doesn’t have to bottle much older whisky anymore. It should at least solve a big part of the availability problem. But by all accounts the quality hasn’t been quite the same.

There’s lots of possible reasons at play here. As some would suggest, it might be because all the good stock was vampired by Billy Walker before the sale. Or maybe because the new owners don’t spend quite as much on quality casks. Or it could have to do with the change from coal-fired stills to steam-heated stills in 2005.

The exact cause is difficult to pinpoint for an insider, let alone an outsider like me. But I’ve long heard complaints about the GlenDronach Cask Strength series taking a step back, probably as early as Batch #5. That’s likely because of the “Good Old Days Syndrome“, but maybe there’s some truth to it as well.

Nose: Notes of burnt caramel and scorched plastic, as well as buttermilk. This is not a good start. Where are the luscious sherry aromas? Sure, there are slivers of strawberry and cherries, but it’s all very thin. Then some nutty aromas that I more associate with the short fermented Inchgower spirit. It noses immature.
Taste: It’s modern, young sherry-matured whisky, but far from the best example. The mouthfeel is somewhat oily. Touches of white pepper alongside a sweet arrival. Whiffs of plum and candied fruits, but also liquorice and burnt toast. A faint chemical, plastic note.
Finish: Slightly floral and somewhat sweet. A tad brackish. Medium in length.

Conclusion
Is the magic of GlenDronach gone? It was the Cask Strength series and the Revival that put this distillery on the map. The single casks were the cherries on top. This is disappointing, especially on the nose.
7.6
Related

Next
In Pictures: The Unseen Valentino Zagatti Collection