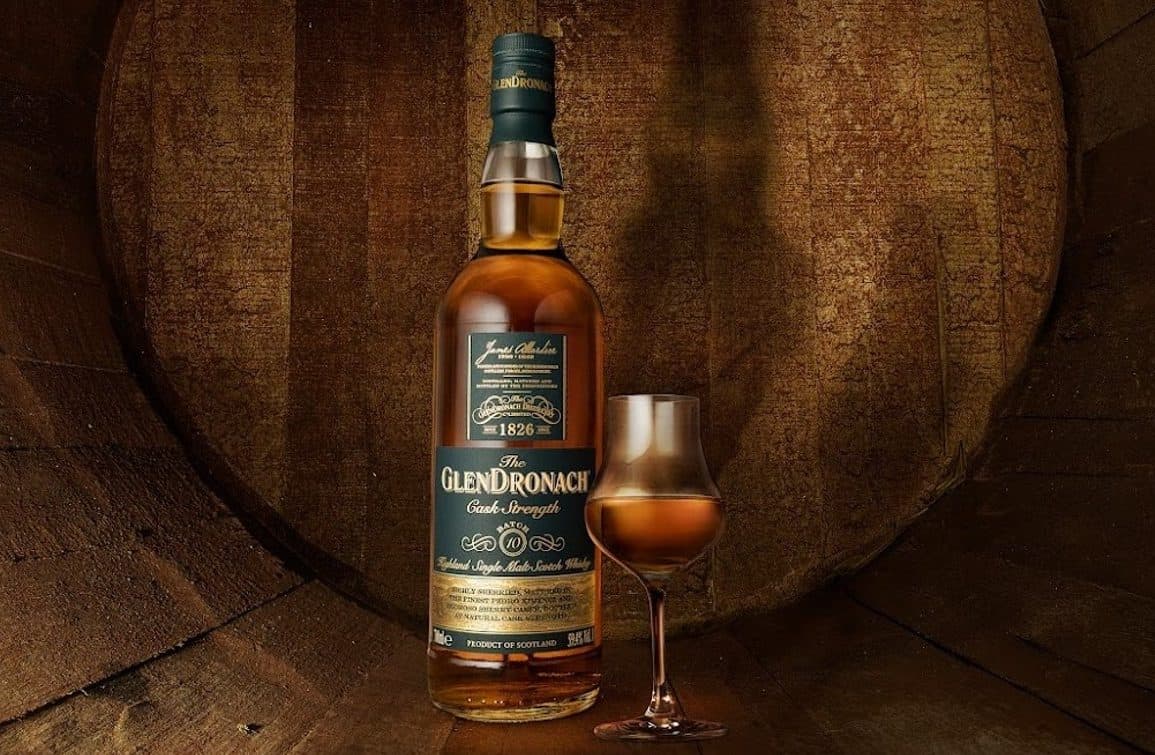 GlenDronach has announced the upcoming release of their two most recognisable series, the new Cask Strength Batch 10 as well as the 19th Batch of its Single Cask bottlings. Both were selected bij master blender Rachel Barrie.

The new GlenDronach Cask Strength Batch 10 is bottled 58.6% and has matured in Pedro Xim´enez and Oloroso sherry casks. While earlier editions of this series have received much acclaim (including by yours truly), the GlenDronach Cask Strength Batch 9 wasn’t very convincing. Hopefully the new Batch 10 will mean a return to form, but I have some trepidation about that.

“The GlenDronach Cask Strength Batch 10 is incredibly rich and full-bodied, with the full depth of sherry cask maturation at its heart,” says master blender Rachel Barrie, who naturally is convinced of her latest creation. “Presented at natural cask strength, it offers a cornucopia of flavour, from richly spiced fruitcake to dark cherry and ginger jam.”

The GlenDronach Cask Strength Batch 10 will be sold at £77 (or the local equivalent).

The new Batch 19 of the GlenDronach Single Cask bottlings is made up of 12 different casks. Three will be allocated to the US, four will be sold exclusively in Asia Pacific, Middle East and Canada, while the other five are destined for the UK and European market.

“I have personally chosen these 12 casks to celebrate and share the very best of the distillery’s character,” says Rachel Barrie. “Each represents the rich selection of barrels, hogsheads, puncheons and butts that have been used throughout The GlenDronach’s history.”

Contrary to other recent Single Cask batches, none of the casks from Batch 19 are from the 2000s. Instead, all were distilled from 1990 through to 1994. That is reflected in the price also, as the recommended retail price ranges from £545 to £1,037. Serious money and probably way out of reach for most whisky fans.

GlenDronach recently also announced a new 50-year-old release, the oldest single malt from the distillery to date. Expect a review of the GlenDronach 50 Years later this week.

Next
Getting Geeky with Glen Garioch’s Distillery Manager