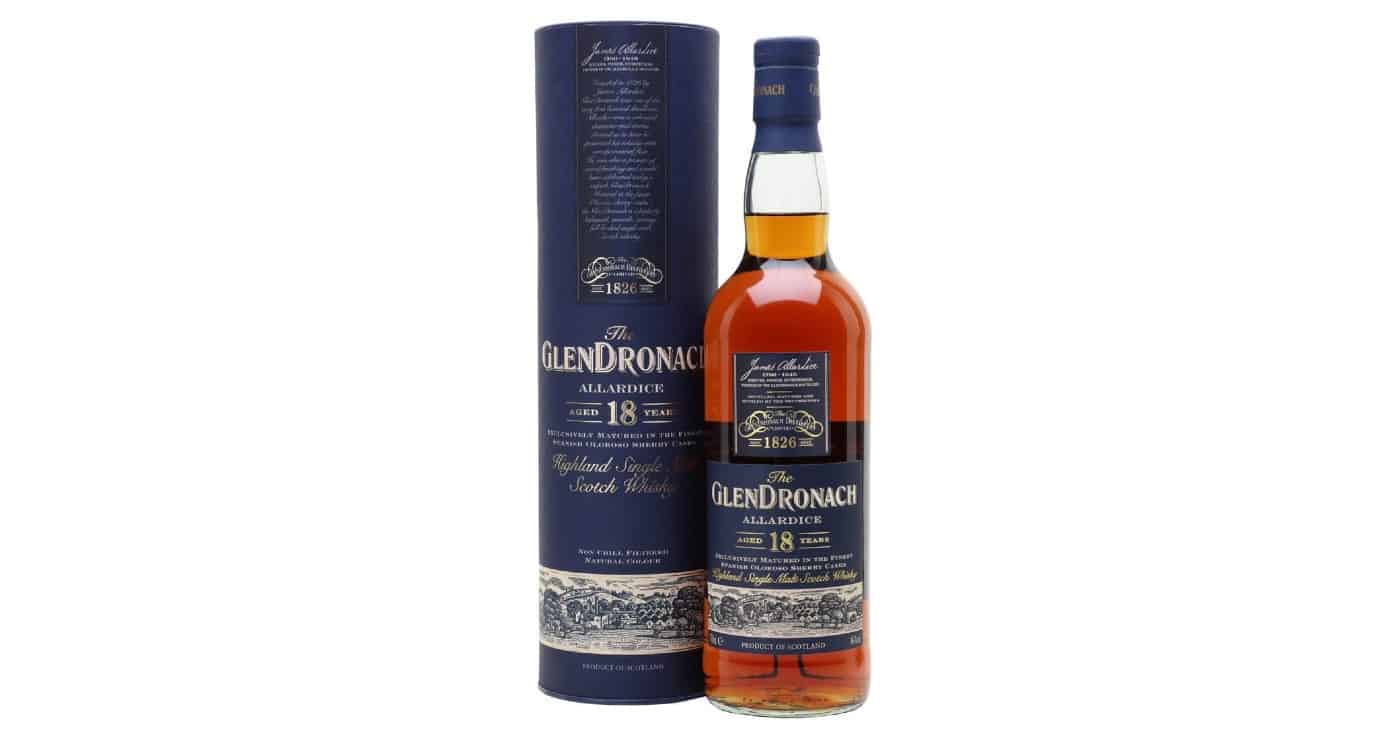 You might wonder how in the hell that’s possible. Well, you can read all about why certain GlenDronach are much older than it says on the label. It’s a good read, so feel free to check out the article. If you can’t be bothered, allow me to explain here briefly.

Key is the closure of GlenDronach between 1996 and 2002. That gap of six years forces GlenDronach to use older whisky than necessary, because when Billy Walker acquired the distillery in 2008, he decided upon an extensive core range with age statements.

For example, the 12-year-old Original was first released in 2009, so should’ve been at least partly distilled in 1997. Except even the first batch of the Original was already actually at least 13 or 14 years old. If you bought a 12-year-old in 2013,  you actually were awarded an 18-year-old whisky.

The same also goes for other core range expressions like the 15-year-old Revival, 18-year-old Allardice and 21-year-old Parliament. At certain peak moments GlenDronach is six years older than stated on the label. Just check out the graphic below.

Based on the logic above (and on the exact closure date of the distillery, which I don’t know), the GlenDronach 18 Years Allardice I’m reviewing today should be 23 years old, and maybe even 24 years. In recent years the distillery has been conservative in releasing new batches. According to Whiskybase there’s only been three in 2020 and 2021 combined, while there were dozens in the years before.

One final little tidbit that might not be news for you, but the GlenDronach 18 Years Allardice is named after the founder of the distillery, James Allardice.

Nose: Kicking things off with the thinnest layer of gunpowder (which quickly disappears), quickly followed by cedarwood, blackcurrants, raisins and a handful of figs, accompanied by cigar tobacco, subtle notes of cappuccino, and a sliver of mint. Not the most complex, but very enjoyable nonetheless.
Taste: Thick mouthfeel with big notes of coffee and mocha, but also dark chocolate, some nutmeg and a pinch of black pepper. There’s a whiff of liquorice, menthol. Some more figs too, as well as dates and prunes.
Finish: Lingering notes of mint and milk chocolate. Medium to long.

Proper, dark, warming sherry-matured whisky that's absolutely top notch, but lacks a certain je ne sais quoi for a higher rating. I've often seen people comment that the GlenDronach 18 Years Allardice is their favourite of the distillery's core range. To me the Parliament firmly holds on to that title.