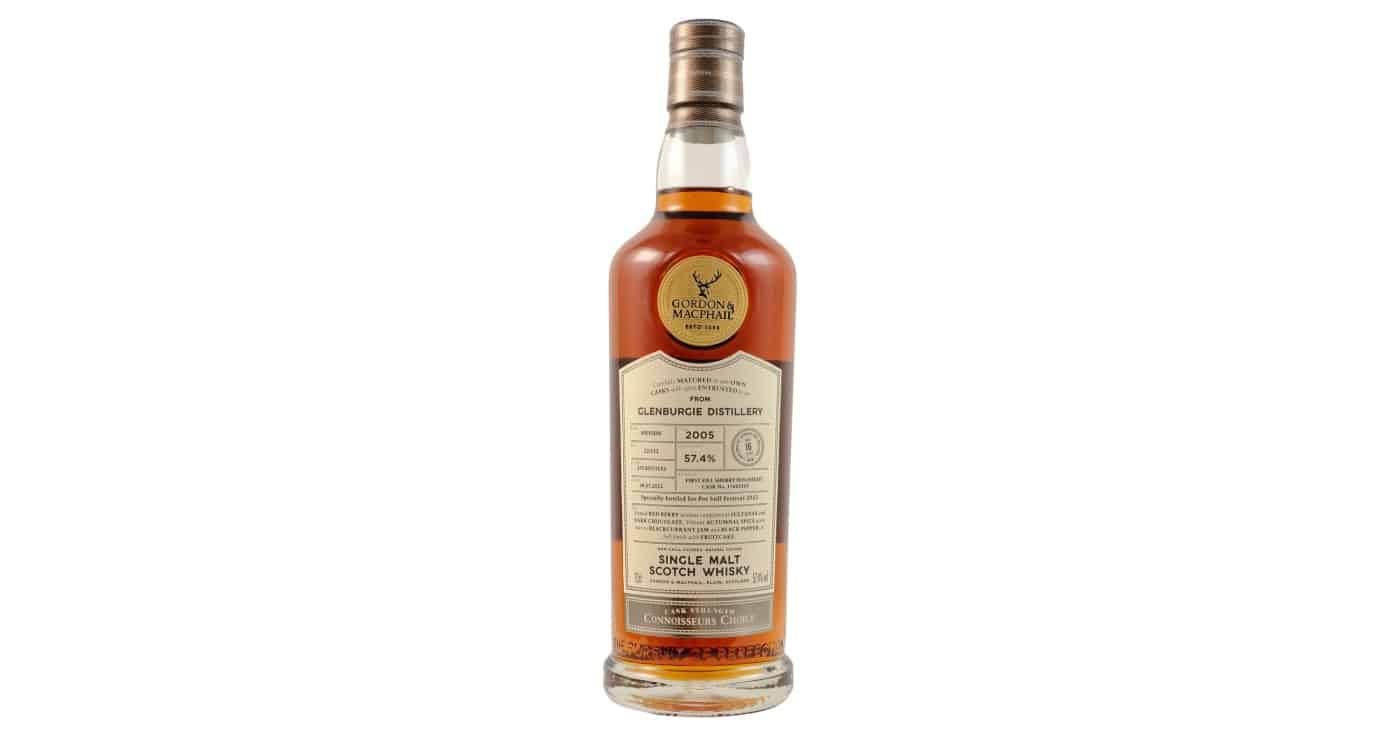 It has honestly been too long since I’ve attended the Pot Still Festival (eight years!), but I’m quite a picky festival goer, probably attending less than a handful each year. By reviewing this festival release, a Glenburgie 2005 16 Years from Gordon & MacPhail, I’ll at least have joined the festivities in spirit.

Glenburgie is a distillery that operates in the background, but has walked into the spotlight more recently. Not because their owners changed course. Not at all. Glenburgie still is very much producing mainly for Ballantine’s, of which it is one of the main components. So, as always, it’s the independents we have to turn to.

It’s been some of the ones from Elixir Distillers that first really caught my attention, especially Glenburgie 1998. There’s something about the inherent fruity spirit enhanced by good ex-bourbon casks. But Gordon & MacPhail have had their say as well, and with stocks as vast as theirs, it’s no surprise they’ve managed to release some nice examples as well.

The Glenburgie bottled for the Pot Still Festival is not from that much heralded vintage. And hasn’t matured in ex-bourbon casks either. Instead it comes from a first-fill sherry hogshead. Quite an active one too, from the looks of it.

Nose: Big, modern sherry influence. Fudge and plenty of bright, jammy notes, but also some orange zest and Greek yoghurt. Then cherry marmalade, strawberries and milk chocolate, with a hint of warm cinnamon buns. Some rye spices and port-stewed pears as well.
Taste: Truly a continuation of the nose, albeit with some astringency and a little more acidity. Warming spices like cinnamon and nutmeg, but also rye bread, roasted nuts and marzipan. Some cranberries, but also more of those jammy, syrupy red fruits.
Finish: Somewhat dry with soft tannins. Medium to long. Finally a hit of aniseed.

Conclusion
A very modern sherry bomb, I can't quite decide what to make of this Glenburgie 2005 16 Years for the Pot Still Festival 2022. I would say this is objectively good whisky. Certainly way above average. But there's something that I don't entirely enjoy about this modern, syrupy, slightly oak-y sherry influence. Maybe not completely for me, but quality stuff nonetheless and I certainly wouldn't refuse a glass if anyone offered me one.
8.6