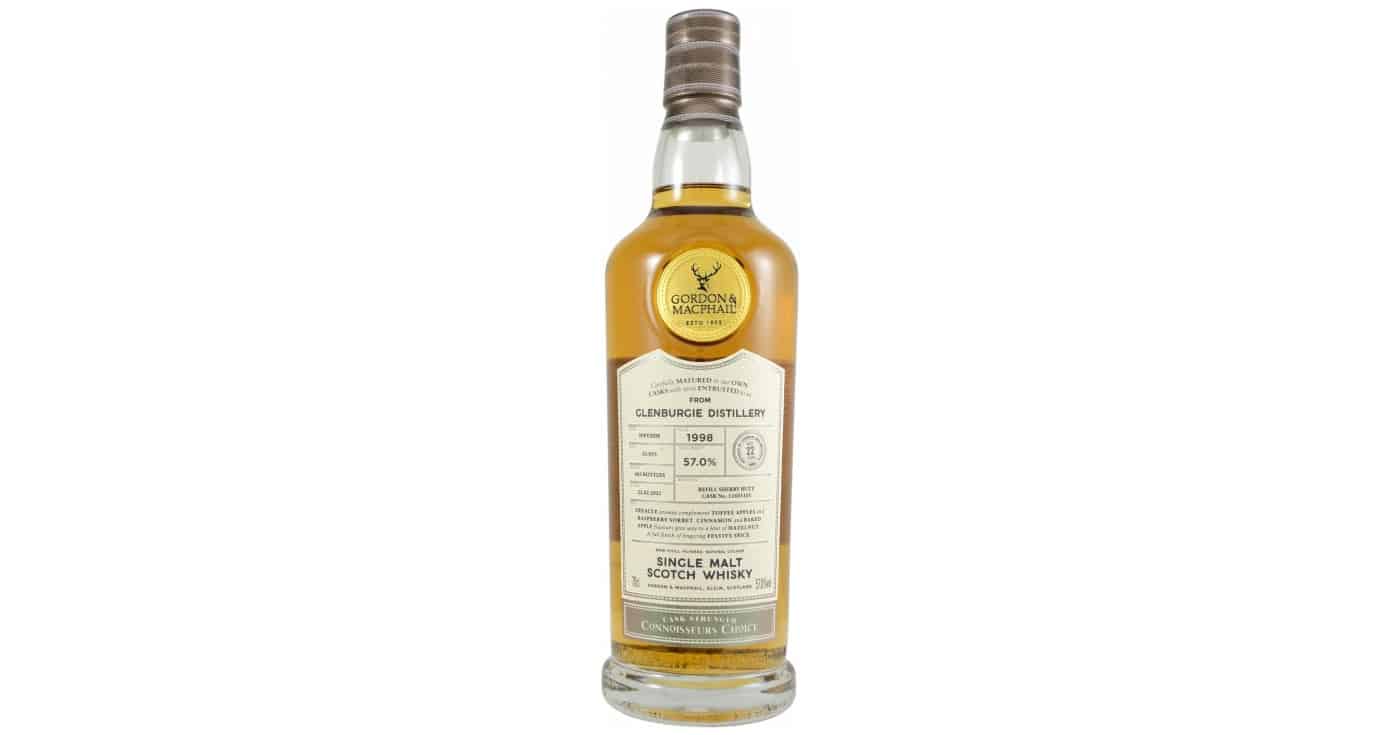 Glenburgie really grabbed my attention when it was bottled by The Whisky Exchange as their Black Friday Edition some two-odd years ago. I haven’t tasted another as good since, but I can’t help but be excited by the possibility. Especially 1998 seems to be a promising vintage, which is why I have high hopes for Glenburgie 1998 22 Years by Gordon & MacPhail.

Located in Speyside not far off the A96 between Forres and Elgin, Glenburgie is kind of hidden in plain sight. It’s one of the busier roads in the area, but if you don’t know where to take a right, there’s a small chance you’ll ever drive past Glenburgie by accident. It’s also not promoted as a single malt at all. Although a little more now than a few years ago, because of the strange semi-official release in the Ballantine’s Series.

It’s an important component of Ballantine’s, which is why it is part of that series. That’s also the reason you’ll rarely ever see it as a single malt. As always, you’ll have to turn to the independents for a glimpse. This Glenburgie 1998 22 Years by Gordon & MacPhail was actually distilled in the old distillery, which was demolished in 2004. A new distillery was built on the same site. Bigger of course. I don’t know about better. It’s such an obscure distillery that I’ve never heard of anyone doing a deep dive into Glenburgie produced before and after they rebuilt it.

Glenburgie 1998 22 Years by Gordon & MacPhail matured in refill sherry butt #12601101. From what Glenburgie I’ve tried so far, I’ve been most impressed with their ex-bourbon matured single malt. So, this feels like a bit of wild card.

Nose: Opens on notes of juicy apples, pear skin and burlap with a sprinkle of cinnamon. There’s some pine-y notes, cardboard and subtle notes of fudge, as well as cooked rhubarb and hops.
Taste: Certainly plenty of the fruity notes that Glenburgie does so well. Touches of apple sauce, some white pepper, and a whiff of pineapple. But also some drying oak tannins, white pepper, fennel and herbal notes as well.
Finish: Dry and slightly bitter before settling down into orchard fruit territory.

Conclusion
The sherry influence is relatively subtle, but the oak isn't necessarily. It feels like the vibrant fruitiness that I'm sure could've been part of this Glenburgie 1998 22 Years from Gordon & MacPhail, is overshadowed somewhat by the oak. European oak maybe?
8.6