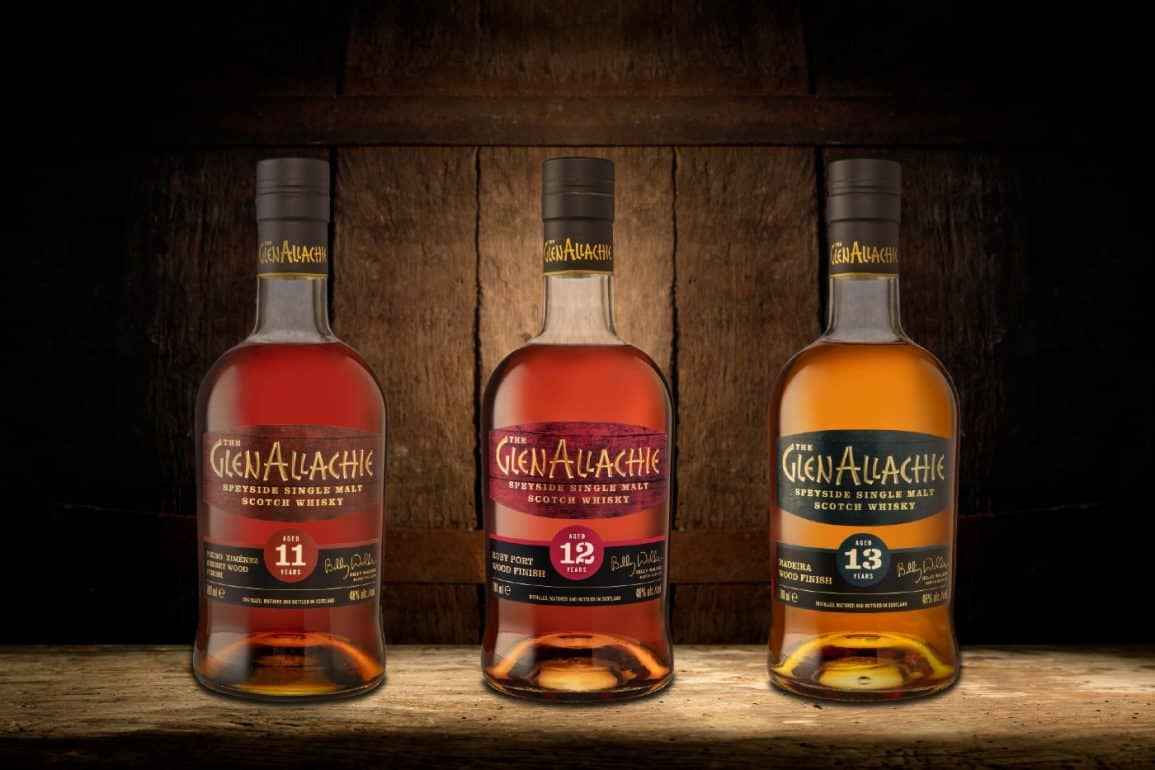 The 11-year-old Pedro Ximénez release initially matured in American oak barrels for over 9 years, before being transferred to sherry puncheons. According to the press release this extra maturation period resulted in sweeter and fruitier flavour experience.

After over 10 years in American oak, the 12-year-old Ruby Port was finished in port pipe casks that were previously used to mature fortified wine from Portugal. The wood has “added a depth of spicy ginger, damson jam and grape must.”

Finally, there’s no exact word on how long the 13-year-old was finished in Madeira casks. However, the distillery did share these casks previously held wine made from Malvasia grapes, which is said to be the sweetest, richest form of Madeira. This extra aging has “imparted tones of juicy pineapple, sugared almonds and stone fruits.”

Just like earlier batches, each of the new whiskies is bottled at 48% ABV and (as to be expected) is non-chill filtered and presented at natural colour. Owner and master distiller Billy Walker has been responsible for curating the whiskies. He commented:

“From the very outset of my days at GlenAllachie, I aimed to build a deep-rooted understanding of the spirit and how it interfaces with different wood types. This knowledge has allowed for increasing levels of innovation as the months and years have passed.

“The third batch is a fantastic representation of this innovation. We are delighted with the three very special single malts we have created, each bringing its own unique flavour experience.”

This is the third time GlenAllachie releases a batch of their Wood Finish range. The 2019 range also included a Pedro Ximénez edition, as well as a single malt finished in Koval Rye Quarter Casks and another one finished in Port casks. Those were followed a year later by another Port finish, a Rye finish and a Moscatel finish.

This latest batch the GlenAllachie Wood Finish Range will be available worldwide, starting with an RRP of £59.99 for the Pedro Ximénez, £62.99 for the Ruby Port and £67.99 for the Madeira Wood.