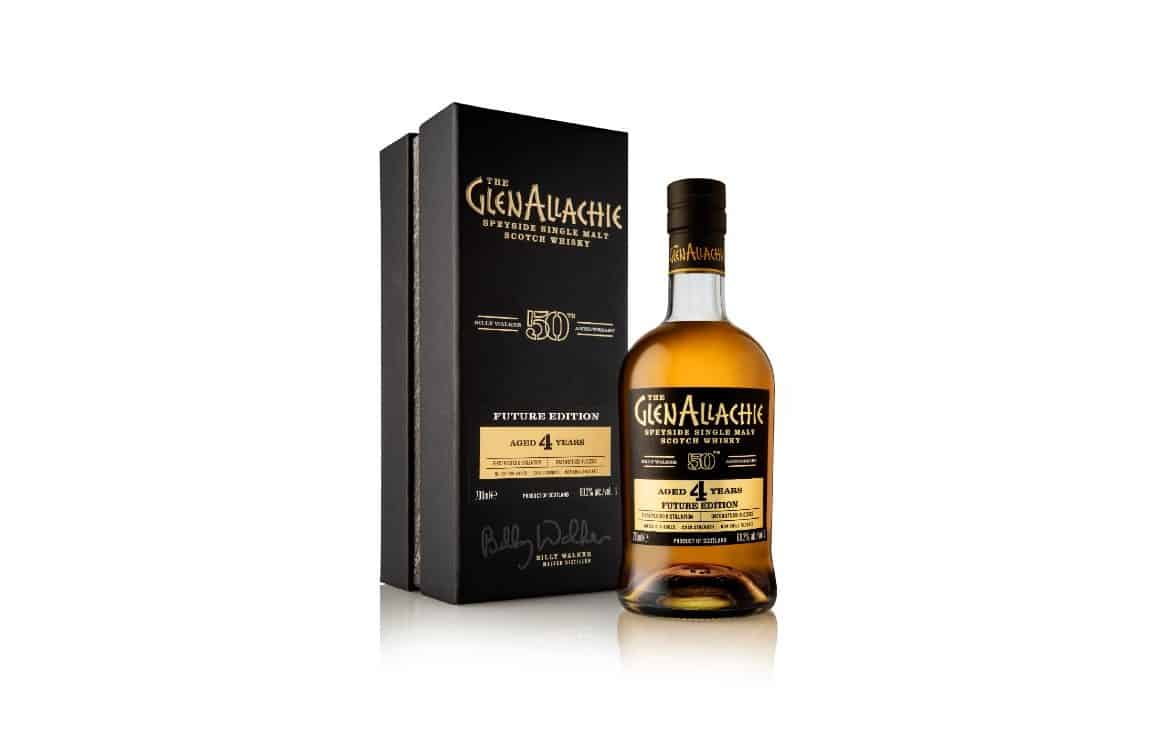 GlenAllachie’s final chapter in the distillery’s celebratory The Past, Present & Future series is arguably its most interesting. Not just because the new GlenAllachie Billy Walker 50th Anniversary Future Edition is peated. But mainly because this 4-year-old single malt is the first GlenAllachie created entirely under Billy Walker’s stewardship.

Ever since a consortium led by Billy Walker acquired GlenAllachie in 2017, the distillery’s star has only risen – one of the highlights being the award for best single malt at the World Whiskies Awards. All the success has been a testament to Walker’s skill and expertise as a blender and cask wizard. But none of the whiskies he released so far were actually distilled under Walker’s ownership.

That wouldn’t matter as much if GlenAllachie would have just continued along the same path it walked before the acquisition. I’m referring to relatively short fermentations, and producing millions of litres of alcohol to end up in Chivas’ own blends like Clan Campbell, 100 Pipers, Passport and of course, Chivas Regal.

But GlenAllachie changed course. Quite a big deal was made of it by the new owners at the time. Production slowed down by about 80 percent, but most importantly, fermentation duration was increased to 160 hours, creating “an ester-rich spirit with thicker mouthfeel.” A huge deviation from what GlenAllachie had done in the past and massively altering the flavour profile of future releases.

The new GlenAllachie 4 Years Peated Single Malt is the first chance whisky drinkers will get at experiencing the distillery’s new course. Personally, I would’ve loved to get the full, naked experience – just (refill) bourbon-matured, unpeated, young GlenAllachie. Because both the peat (an impressive 80ppm) and the casks (not just bourbon but also ex-rye and virgin oak) will undoubtedly mask some of that ester-y, fruity new make.

But there’s no sense in being picky and the GlenAllachie Future Edition offers a glimpse into the future regardless. Reflecting on this new chapter in GlenAllachie’s story, Walker said:

“It’s beyond exciting to release our very own whisky distilled since we took over this hidden gem of a distillery in 2017. I eagerly await the reaction amongst whisky fans to this first glimpse at both our own distillate, and our peated work. The response will unquestionably influence where we take things next.

“The timing of the launch is apt as we celebrate our fifth anniversary of ownership next month. We are so very fortunate to be steering this great distillery into the future. I think the best is yet to come.”

The GlenAllachie 4 Years Future Edition is limited to 10,000 bottles worldwide and has a recommended UK retail price of £80.

Previous
Why I Support The Online Scotch Whisky Awards