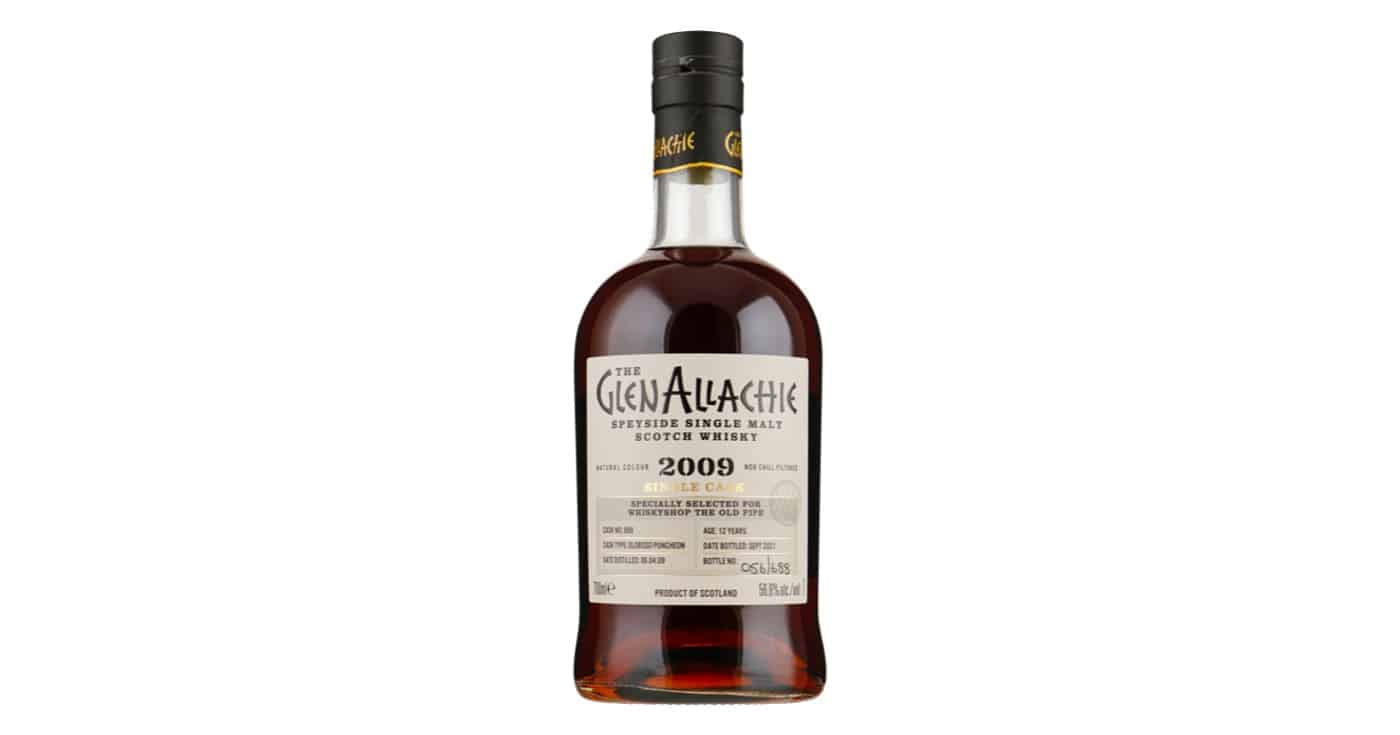 I can still remember the first time I visited The Old Pipe. Located in the small town of Sint-Oedenrode in The Netherlands, they are undoubtedly one of the best whisky shops in the Netherlands, if not Western Europe. And now there is a GlenAllachie 2009 12 Years bottled exclusively for them. One that has gotten a bit of buzz too.

If anyone is a believer in the impact of a good wood policy, it is Billy Walker. He knows where to source casks and how to build a brand on the shoulders of these casks. I wouldn’t say that GlenAllachie produces an unremarkable spirit, but it’s also not like it used to be an indie darling before Walker & Co took over. It was just another blend filler owned by Chivas.

However, Billy Walker saw potential. He knew that given the opportunity he could lift GlenAllachie to new heights. And we have his cask mastery to thank for it. I’m still not convinced the GlenAllachie spirit lends itself to sherry maturation as well as GlenDronach does. But there’s no denying that GlenAllachie has quickly worked itself up the ranks of sherry-matured Scotch single malt.

The Old Pipe isn’t the first shop to take advantage of the vast available stock of GlenAllachie. We’ve seen plenty of shop exclusives in the UK and on mainland Europe, and far beyond as well. As time has gone on they’ve become more heavily influenced by the sherry casks they’ve matured in, be it an Oloroso puncheon or a Pedro Ximénez butt. I think it is safe to assume that many of these single sherry cask releases are actually finished single malts. Or we could call it secondary maturation.

For example, cask #699 for The Old Pipe yielded 688 bottles. That’s over 480 litres of whisky, which is a lot considering that an Oloroso puncheon (which is what The Old Pipe release matured in) usually holds around 500 litres. After 12 years of maturation you would expect more would’ve evaporated from the cask. The reason it yielded as much as it did is because this Oloroso puncheon is likely the result of two or three casks being re-racked. They used to do this at GlenDronach. And it worked there, so I’m not surprised to see the same practice used at GlenAllachie.

Nose: Rather dry and somewhat spicy (cracked black peppercorns) with a sweet, candy-esque touch. Mostly whiffs of macchiato, some marzipan and toasted almonds. There’s a sliver of cassis too, followed by sandalwood, vanilla pods, stewed fruits and figs.
Taste: Dry with plenty of oak spices, such as nutmeg, ginger and cloves, but also a touch of generously buttered toast. Creamier with the addition of water, which brings out the dark forest fruits, as well as almond paste, coffee grounds and fennel.
Finish: Raisins, coffee and caramel with a minty touch. Long and rather dry.

Conclusion
It's really good and I would rate it a notch above the GlenAllachie 10 Years Cask Strength batches, partly because there are no virgin oak elements here. The palate is slightly dry and still has a lot of oak spices, but there is some fruitiness and sweetness to offset things somewhat. And it takes water well. While not quite a 90-pointer in my book, the GlenAllachie 2009 12 Years for The Old Pipe comes recommended. Available here.
8.9
Related