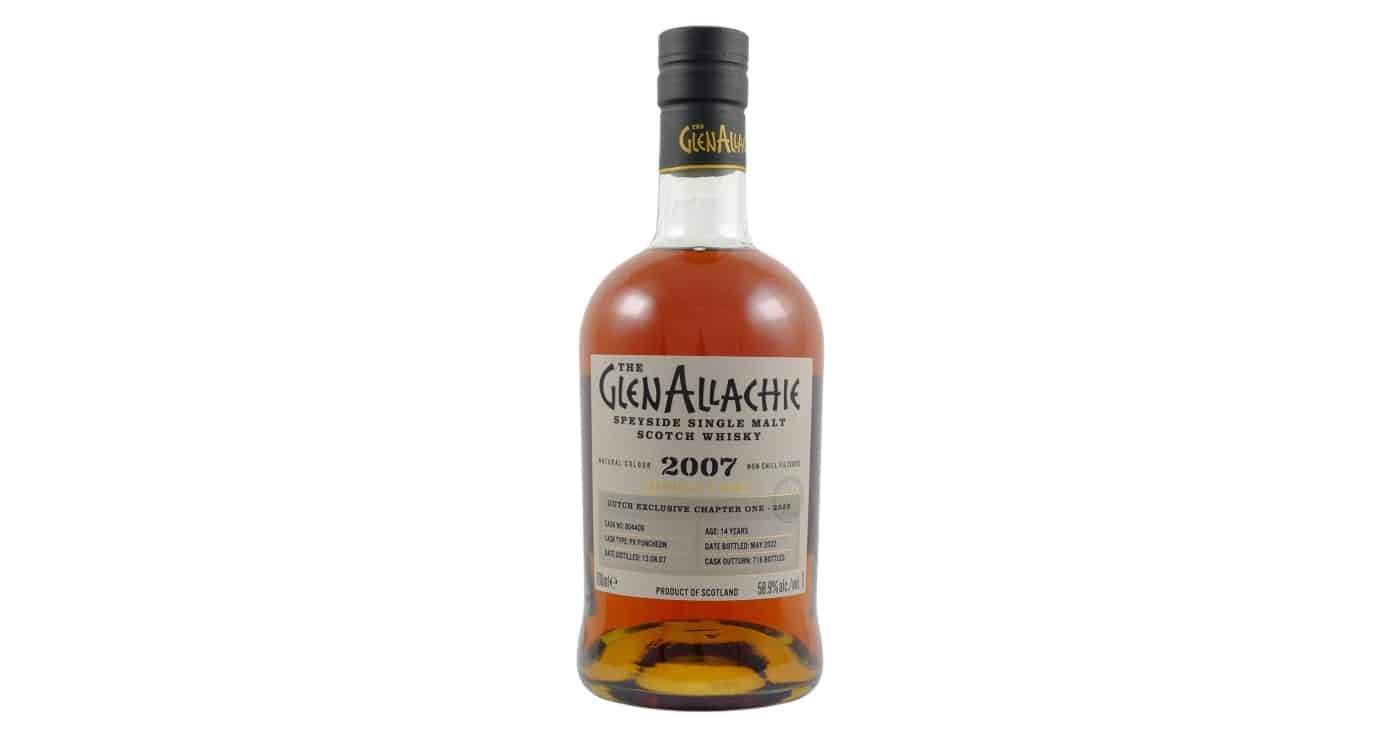 I’ve written extensively on GlenAllachie, both on my blog and elsewhere. I’m not quite sure what else I can add to all I’ve written before. I simply really wanted to review the GlenAllachie 2007 14 Years Chapter 1, a Dutch exclusive that was launched a few months ago by importer De Monnik Dranken.

And that’s what this is. A quick review of a 14-year-old GlenAllachie that matured in a Pedro Ximénez puncheon. Although finished would be a better description. Or, as Walker prefers to call it, an enhanced maturation. Since the outturn of this release sits comfortably north of 700 bottles, there’s no way the liquid matured in a puncheon for the full 14 years.

Instead, it’s likely re-racked spirit from a couple of casks, a practice commonplace in the whisky industry but made famous by Billy Walker when he was at GlenDronach. After all, there’s no rule that states a finished whisky can’t be called a single cask, no matter if that finishing cask was filled with spirit from two or more casks.

Nose: Huge notes of fudge, toffee and caramel accompanied by sultanas and rum raisins. Not a subtle whisky, but it’s not unbalanced either. Some marzipan and nougat too, as well as a subtle light touches in the background. Also a whisper of cassis and hazelnuts.
Taste: Warming arrival with plenty of baking spices and some black pepper, but also mocha and roasted coffee beans. Then dark chocolate accompanied by orange peel and fresh ginger. Not as sweet as the nose; and it really hits the spot.
Finish: Long. Lingering spices, somewhat dry. Cherry marmelade also.

Conclusion
The initial sweet, fudge-y impression put me on the wrong track. The GlenAllachie 2007 14 Years Chapter 1 is a sweet whisky, but not as much as I originally though it would be. There's a nice interplay between spices, oak and sherry influence that holds up over time. Certainly not cheap, but also really good. And it takes water really well too.
9