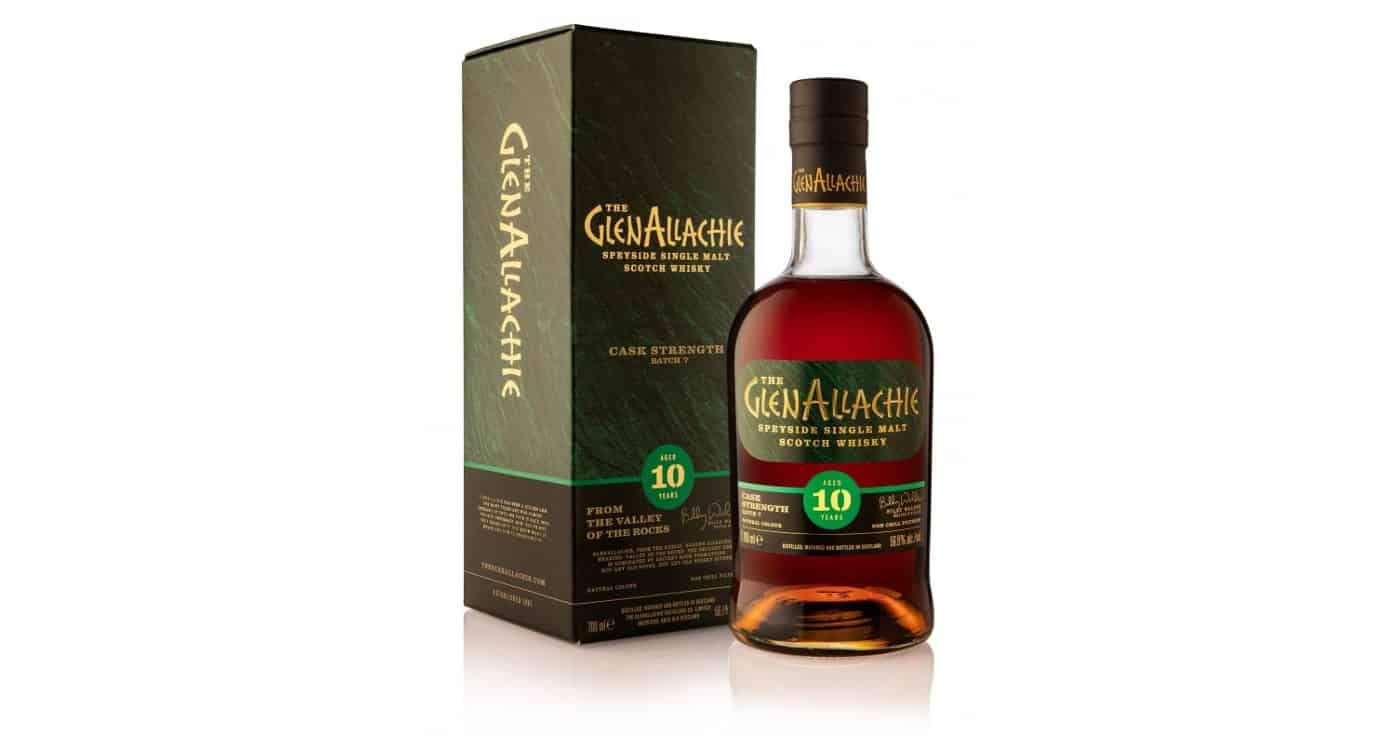 It’s just over a year ago that the fourth batch was named the the World’s Best Single Malt at the World Whiskies Awards, and ever since GlenAllachie has been pumping subsequent batches out like they have a surplus of them. Today I take a closer look at the GlenAllachie 10 Years Cask Strength Batch 7, which follows the same recipe as the previous few batches.

While I’ve never actually tried previous batches head-to-head, I’m confident that there hasn’t been a very strong batch variation since this range won the top price at the World Whiskies Awards. And why would they? There’s no need to change a winning formula. Nevertheless, compared to the fourth batch there has been one notable change to the recipe for the GlenAllachie 10 Years Cask Strength Batch 7 (and the fifth and sixth batch as well). Billy Walker didn’t just use Oloroso, Pedro Ximénez, and virgin oak casks, but has also included Rioja barriques.

“Every batch we create of our 10-year-old Cask Strength represents the direction in which we are taking The GlenAllachie,” says Billy Walker, GlenAllachie’s Master Blender. “From the outset, our defined objective has been to achieve a bold and flavourful yet balanced spirit, predominantly matured in Sherry wood, but with interesting twists introduced by unusual cask types.”

Ever since the core range was first released I’ve been noticing a spiciness that seems to be a recurring theme across many GlenAllachie expressions. Sometimes subtle, other times a little less so. I’m not really sure if this is part of the distillery’s new make character, or whether it might have something to do with the casks that Walker chooses. It’s not uncommon to use virgin oak to enhance (tired) casks of whisky. And I can’t imagine that all casks that Walker inherited when he bought the distillery, are of pristine quality. After all, GlenAllachie mainly produced for blends before. Then again, I’m just speculating here.

The spiciness could come from the use of European oak too. And while GlenAllachie is usually very good at sharing which cask types are used for certain releases, they don’t always mention if European or American oak was used. If European oak (alongside virgin oak) has been part of the recipe for the recent batches of the GlenAllachie 10 Years Cask Strength, that would at least explain the plentiful oak spices.

I’ve been mostly positive about the GlenAllachie 10 Years Cask Strength series. No rave reviews, but overall I found these flavour bombs to be really good. However, they’ve been walking a fine line with respect to the oakiness of these releases. It’d be great if the GlenAllachie 10 Years Cask Strength Batch 7 takes the series in a different direction.

Nose: Creamy, fudge and nougat with a touch of mocha. After a while come the expected notes of sultanas, raisins and balsamic, but also a whiff of cranberry juice, bright orange zest and dried apricots. The virgin oak seems a little less present than in the previous few batches.
Taste: Somewhat sweet arrival with figs, but the oak (virgin, but maybe European too?) is much more present now. Spices galore with cracked black peppercorns, cloves and nutmeg. Also tobacco leaves, coffee grounds and a touch of mints. Fairly tannic too.
Finish: Lingering spices, fennel and dark chocolate. Long.

Conclusion
The oak spices and tannins are just a bit too much at this point. They've always been part of the GlenAllachie 10 Years Cask Strength, but might've become a little too dominant in Batch 7.
8.4
Related
8.9