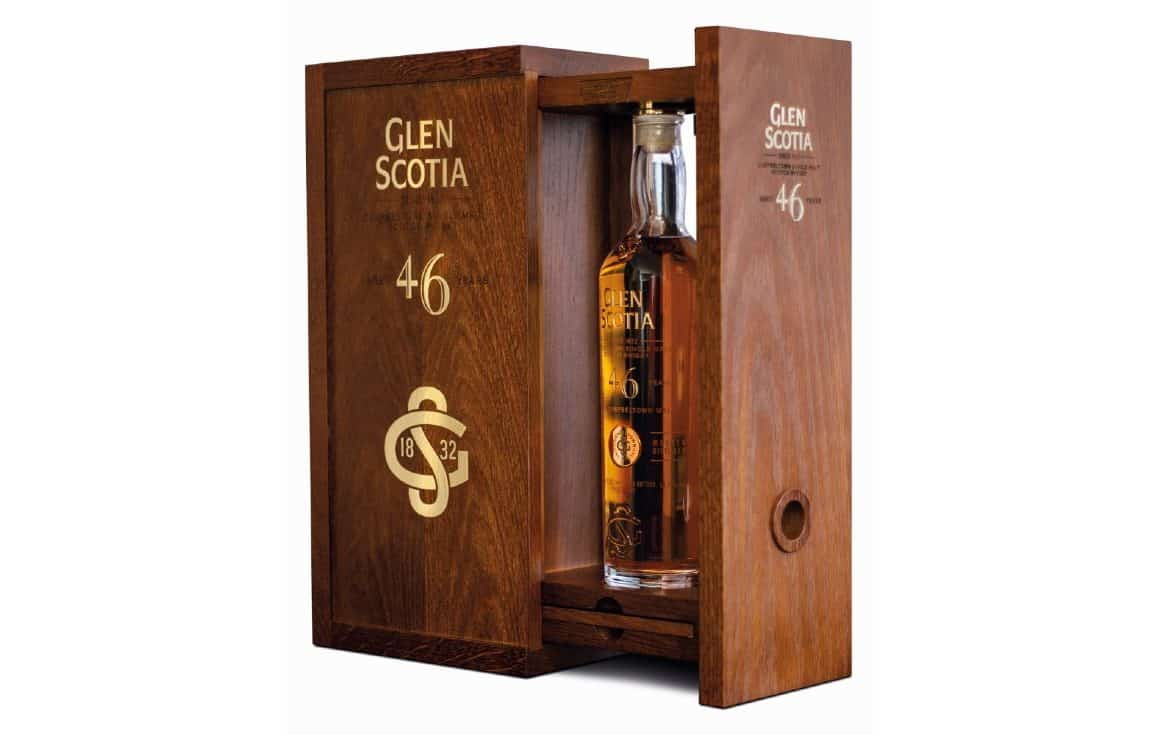 Glen Scotia has just announced the release of their oldest whisky to date. The new Glen Scotia 46 Years is a single malt Scotch whisky with only 150 bottles available worldwide.

The whisky was distilled in the winter of 1974 and originally matured in refill bourbon casks for 36 years. It presumably was never intended for such a lengthy maturation initially. Then it was re-racked in first-fill bourbon casks in 2011 and finished in Oloroso sherry butts for the last four years.

To mark the release of the Glen Scotia 46 Years, the distillery partnered with whisky writer Dave Broom to make a short film that “uncovers the tale of this rare dram.” It was shot at the distillery’s dunnage warehouse together with Iain McAlister, the distillery manager of Glen Scotia. When or where you can watch this video? I haven’t been able to find out yet.

Dave Broom said: “It is intriguing to think that this 46-year-old liquid was nominated to be kept back time and time again by various hands, passing through the care of generations of different distillery managers until today.

“Therefore, it is such a remarkable liquid: more than just age, it is a time capsule that tells you about how Campbeltown and Glen Scotia have changed over the years.

“The whisky has the tropical fruit funkiness which only comes from long ageing in refill casks – evidence of that original intention of using it while young, filled with those Glen Scotia oils and salinity. The subtle, sweet, toffee elements mid-palate reflect the change in direction when mature, elegant single malts were desired, while the rich sultana like fruit harks back to the late 19th and early 20th centuries when sherry casks were the preferred choice for Campbeltown’s whiskies.”

Iain McAlister added: “It is wonderful to contemplate that we have inherited these last remnants from those who have helped shape Glen Scotia’s journey and been part of our history. The release of the Glen Scotia 46-year-old is a toast and a thank you to the craft of all those who have come before us.

“It is an honour to pick up the mantle for the distillery and be able to unveil these rare few bottles, which are so full of the classic Glen Scotia and Campbeltown character. As we celebrate a particularly notable year in Glen Scotia’s history with multiple recent award wins, it feels only right that we release some of our most treasured liquid this year.”