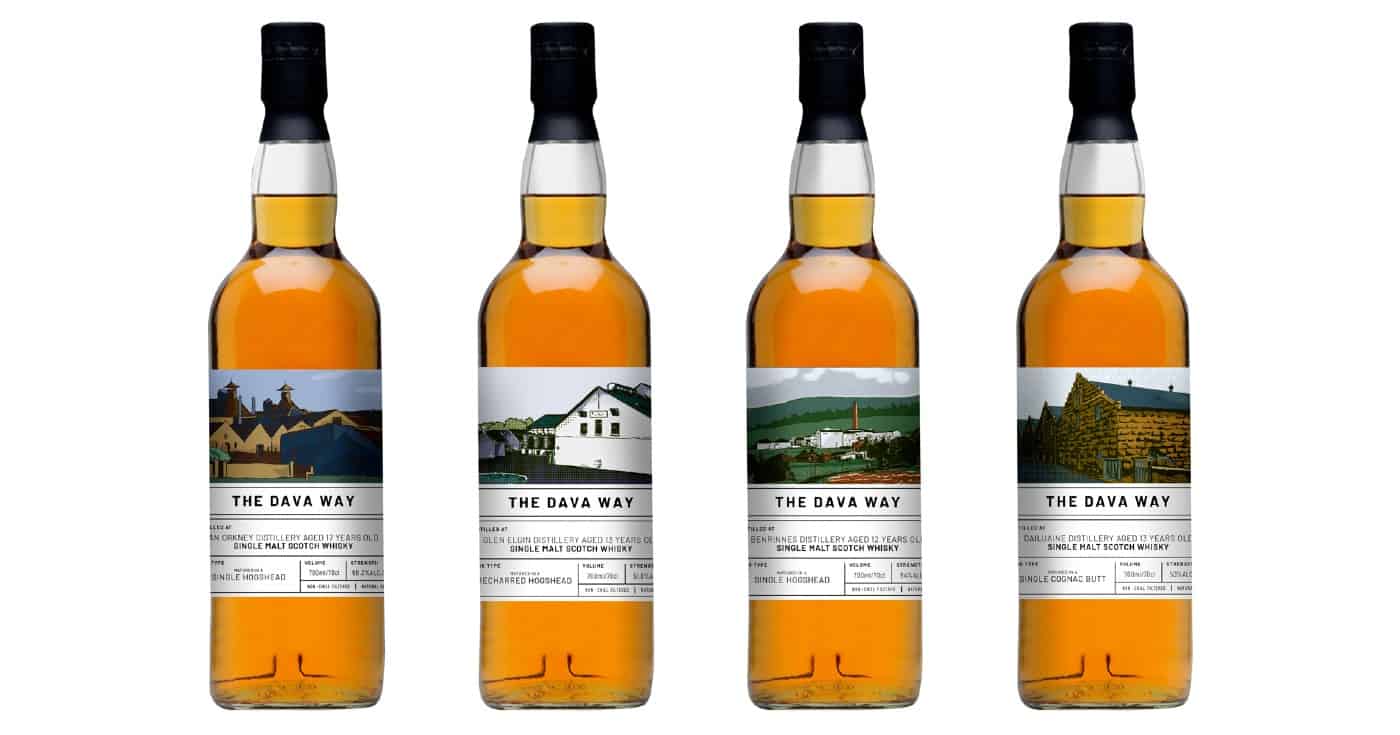 I may have been somewhat behind the curve on Bimber Distillery, but I’ve not let that happen with their sister distillery, Dunphail, which is currently under construction. What’s more, I’m very excited to try the inaugural outturn of Dunphail Distillery’s new independent bottling arm, The Dava Way.

What makes me even more eager to taste my way through these new releases, is that they were picked by Matt McKay. You might’ve heard of his whisky blog The Dramble (truly one of the best around), or have come across him as Director of Whisky Creation and Outreach for Dunphail Distillery, or know him from his work for Bimber.

He’s someone I hold in high esteem. Our blogs are of a similar age, but where I’ve expanded my work in whisky by simply doing freelance writing for other publications, he’s chosen a more hands-on approach. I’m like a symbiote living just outside the whisky industry. Nibbling and feeding. Matt has gone from commentator (and a great one at that) to being intimately involved with the production and/or bottling of whisky. And he’s doing it on his terms; being part of a project that speaks to his beliefs. I have so much respect for that.

A press release was sent out when The Dava Way was officially released in September 2022. Usually there’s a quote or two in these things. And more often than not they’re superficial at best. But Matt’s quote (which I’m sure he has written himself) is anything but, so I thought I’d share it here. It gives you some insight into this new bottler’s philosophy, which is an extension of what we’ve already seen at Bimber and Dunphail.

“Whilst the whisky world is far from short of new independent bottlers, a number are either bottling cask-to-cask using 3rd parties or are in our view placing profit over and above profile and personality. The Dava Way will take a different approach. We will be utilising the warehousing and production facilities at Dunphail to actively guide and shape the maturation and character of our whiskies and will likewise be pricing our releases for drinking, not as collectibles.

“The Dava Way has been entirely conceived and developed as a project borne of passion – a love for sharing the incredible diversity that is possible when spirit meets wood. Alongside my role defining and developing Dunphail’s wood policy and eventual single malt profiles, I am delighted to also now be sharing this broader, ongoing expedition into the individuality of whisky.”

It seems so simple. And I’m sure all of us have entertained thoughts of picking and choosing single casks. Especially when coming across an independent bottling that’s maybe not great. It’s easy to think: “I would’ve never bottled this.” Or maybe even: “I could do better.” And you might be able to. But the next time you catch yourself thinking something along those lines, I recommend you read Matt’s account on his selection process for The Dava Way. There’s a lot to it.

Nose: Hints of furniture polish, toasted oak and herbs at first nosing, but then it opens up on stone fruits and pickled oranges, followed by touches of vanilla custard, lemons and thyme. It has a nice tartness to it.
Taste: Vibrant notes of apples, apricots, and lime zest with a pinch of white pepper, ginger and sandalwood.
Finish: Notes of charred oak, fennel, a syrupy sweetness and pepper. Medium in length.

Conclusion
This matured in a re-charred hogshead, and it shows at times. However, the oak influence is kept in check mostly, and I’m quite taken by the fruitiness. Very happy with this.
8.6

Nose: Notes of burlap, caramel and stewed apples to kick things off. Also pronounced pear gelato, touches of draff and Galia melons. Finally a few touches of roasted peanut skins and vanilla custard.
Taste: Creamy mouthfeel, while the palate is very much cereal-forward with a touch of beeswax and mead. There’s some pineapple, menthol and cracked black peppercorns too. Water brings out a slight nuttiness.
Finish: Somewhat bitter and oak-forward. Green fruits. Medium in length.

Conclusion
It’s not exactly polished, is it? But then again, that’s not what Benrinnes usually is anyway. Challenging, but ultimately rewarding.
8.4

Nose: A gentle, earthy peat with smoked barley husks and whiffs of straw, cotton candy and pear skin. Also touches of jammy apricots, pickled lemon and honey. Beautifully mineral too.
Taste: It truly is an extension of the nose. Gentle peat – maybe a bit more medicinal – accompanied by minerals and a rather lively fruitiness. Grapefruit, lemons, stone fruits. It’s all good.
Finish: Quite lengthy, slightly dry and with a pinch of salt. The fruits make an encore.

Conclusion
Dangerously drinkable even at such an extreme strength. Even if it doesn’t carry the Highland Park name, it certainly lives up to it.
8.9

Nose: Quite green and vegetal but with a meaty kick, and some shy notes of plums, grape must and millefeuille. Whiffs of oat cookies too, as well as quince jelly and barley husks.
Taste: Velvety mouthfeel. Some bread-y, malty notes accompanied by allspice, nutmeg, burnt toast and hazelnuts. A touch of lemon pith and lawn clippings too.
Finish: Slightly dry. Lingering bitterness and spices.

Conclusion
I can't possibly compare my palate to that of others, but I sometimes feel I'm somewhat sensitive to oak spices. This Dailuaine having quite an abundance of those, it's not exactly my cup of tea.
7.7

Finding affordable single cask whisky that’s of interest to a more advanced group of whisky drinkers – now that’s a difficult tightrope to balance. I think The Dava Way mostly succeeded in their mission.

I believe in their philosophy and if they get the chance to build up some stock in their own warehouses, where they can actively monitor and steer the whisky, I’m confident they’ll be able to skillfully guide the maturation of future releases.

Samples provided by The Dava Way