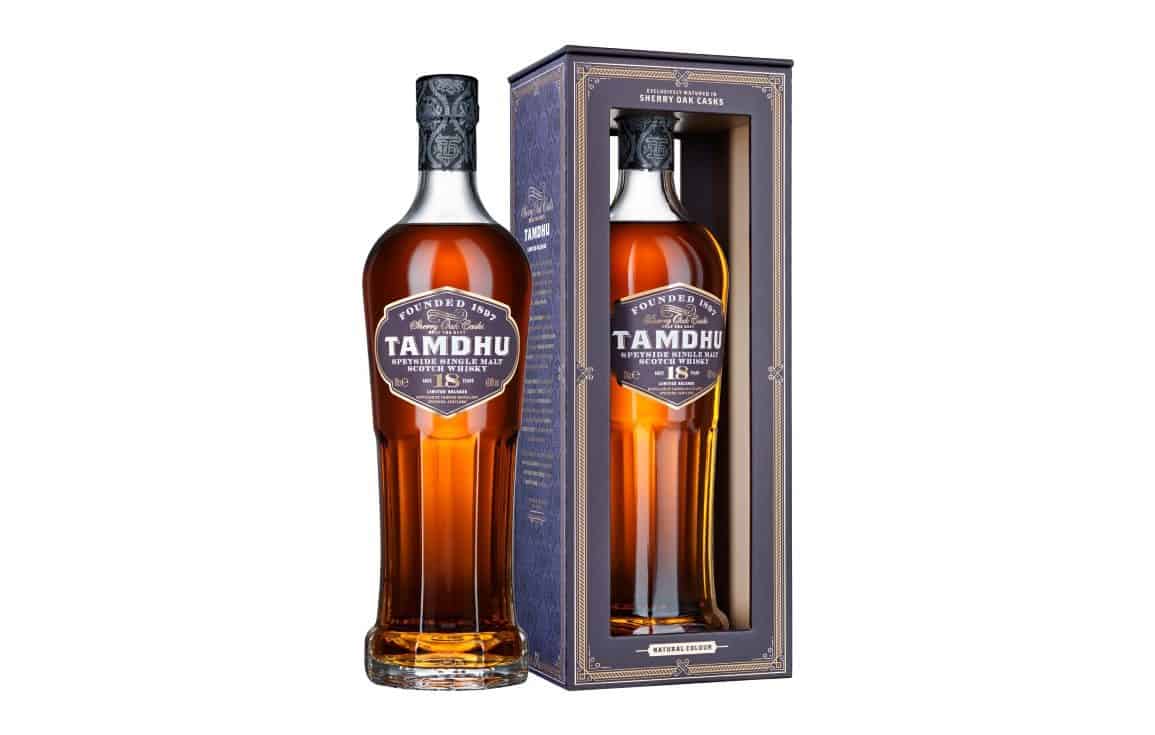 Speyside distillery Tamdhu has announced the addition of a new 18 Year Old expression to their core range, alongside well-regarded expressions such as the 12-year-old and 15-year-old. The new Tamdhu 15 Years has matured exclusively in Olosoro seasoned sherry casks from Spain, made from both American and European oak.

Sandy McIntyre, distillery manager of Tamdhu, said in a prepared statement: “Tamdhu has rightfully earned a reputation for producing the very best sherry matured whiskies, so crafting, bottling, and launching our Tamdhu 18 Year Old will go down as a true career highlight.

“The entire distillery team has an innate understanding of the Tamdhu sherry maturation process – so we selected a combination of casks that deliver a truly special drinking experience, befitting such an important age statement.”

The announcement of the new Tamdhu 18 Year Old comes during the distillery’s 125th anniversary year. Global brand ambassador Gordon Dundas added: “Across our entire range, we are dedicated to full term maturation in the very best Oloroso Sherry Casks. The combination of both American and European oak casks results in two distinct styles, which we combine to show the amazing character of this fantastic distillery.

“It’s apt that such a ceremonial age statement – the 18 – is unveiled during the brand’s 125th anniversary. We’ve had well over a century of dedication to craftsmanship, and the launch of this exquisite dram paves the way for the years to come.”

I’ve not yet been able to try the new Tamdhu 18 Year Old, but will likely have a review up in the coming two weeks. But here are the official tasting notes for now.