If you’re looking for truly transcendent whisky, you can skip grain whisky. It can be perfectly decent and at times even really good, but there’s limits to the heights grain whisky can achieve. After all, that should be expected knowing how much flavour compounds are filtered out during column distillation.

Some fall hard for the mature grain whisky profile, which is mostly about cask influence and tends to lean towards the bourbon-y side of the whisky spectrum. That’s also no surprise, as there are much less compounds for the wood to interact with in the new make spirit of a grain whisky compared to a malt whisky.

If you’re one of those people who love grain whisky, good on you! You get to drink decades old whisky for a fraction of the price of a single malt. It’s not for me though. Grain whisky is too predictable and has a very narrow flavour profile. I’d rather spent my money on a younger single malt.

After getting that of my chest, lets take a closer look at a very old grain offering from Whisky-Fässle…

Good, but never great. You almost know exactly what to expect with these old grain whiskies. Not to say it is boring, just a little less adventurous. If you’re into these types of whiskies, that’s lucky because you can never go wrong with them. 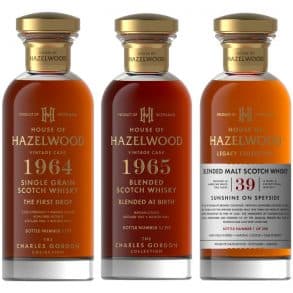