You’re reading that right. There’s a producer out there that’s ballsy enough to release a product with a 0 year age statement. That’s zip, nada, no maturation at all. Which is actually not unusual for genever, but to then put it on your label? I don’t think anyone has ever done this. Well, Filliers shows some Belgian balls by just coming right out and saying it.

The Filliers 0 Years Young & Pure Genever is the youngest (duh) genever in their new series called Barrel Aged Genevers. Already you can see that the Young & Pure is the odd one out there, as it isn’t even barrel aged. Nevertheless, it is part of the series, and that’s probably also why Filliers decided to go with a 0 year age statement on the label.

Because it is the only unaged genever in the series, I decided to review it separately of the others. The rest in the Barrel Aged series has actually spent time in oak casks, for a minimum of 8 years, upwards to 21 years even. The Young & Pure is not as comparable to its four siblings. It is sort of a bastard child, if you will.

Nose: Very fresh and vibrant with lots of juniper, this could easily be misstaken for a classic dry gin. There’s some coriander too, as well as orange peel.
Taste: The palate displays more of a sweet grain influence, and has a nice viscosity to it. However, the juniper always remains on center stage, with a slice of lemon this time, and a whiff of cinnamon too.
Finish: Lingering juniper, slightly dry and bitter.

I would say this leans more towards a gin, than most genevers do. Which is a good thing, I’d say. I could see this do well in a Genever & Tonic, or in lots of classic cocktails that ask for gin.

Come back next week, and the week after, when I’ll first review the 8 and 12 Years Old, before moving on to the 17 and 21 Years Old. Exciting stuff! 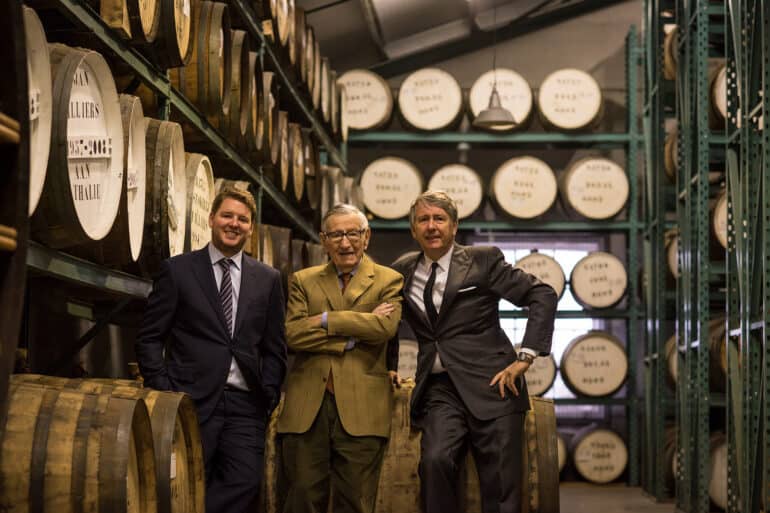