From rarely reviewing Fettercairn, to writing tasting notes on a handful of them in just the past year or so. It’s clear that Fettercairn has turned a corner, in large part due to owner Whyte & Mackay, who’ve decided that the distillery is worthy of a single malt presence. They’ve launched another new release just last week, the Fettercairn 2010 ‘Warehouse 2 Batch No. 001’.

Fettercairn’s Warehouse Collection is an homage to the places where the distillery’s malt whisky comes of age; the warehouses. The first release in this series is limited to 3,600 bottles. True to Whyte & Mackay form (owners of Dalmore and Jura also) it has matured in an intricate mixture of five different cask styles. They’ve all been filled back in 2010—the year after the stainless steel condensers were replaced with regular ones—and matured in Warehouse 2.

Fettercairn 2010 ‘Warehouse 2 Batch No. 001’ is bottled at a relatively high strength. For the cask recipe I’ll just quote the press release: “These casks each impart their own influence on the spirit and include unseasoned casks and sherry seasoned butts from Vasyma, sherry barrels from Tevasa, ex-bourbon barrels and Port Pipes.”

Nose: Mush banana, raw sugar and a tinge of yoghurt, but also breakfast cereals like oats and cornflakes. Rather a breakfast-y first impression, followed by whiff of ripe apple, apricots and pear skin.
Taste: Oak spices and cumin after an initial sweetness, mostly raisins and a tinge of sugar-y strawberries. A whisper of tobacco and menthol too, as well as ginger, breakfast tea and a whisper of orange liqueur.
Finish: Not unlike the taste, spicy and sweet notes linger for quite a while.

The spices take the lead on the palate, which I usually don’t gravitate towards, but it somehow works with the Fettercairn 2010 ‘Warehouse 2 Batch No. 001’. Quite the concoction of casks, but well done. 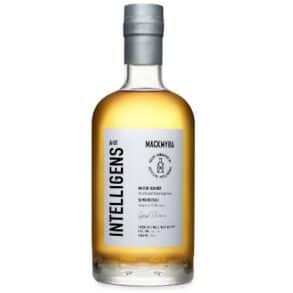