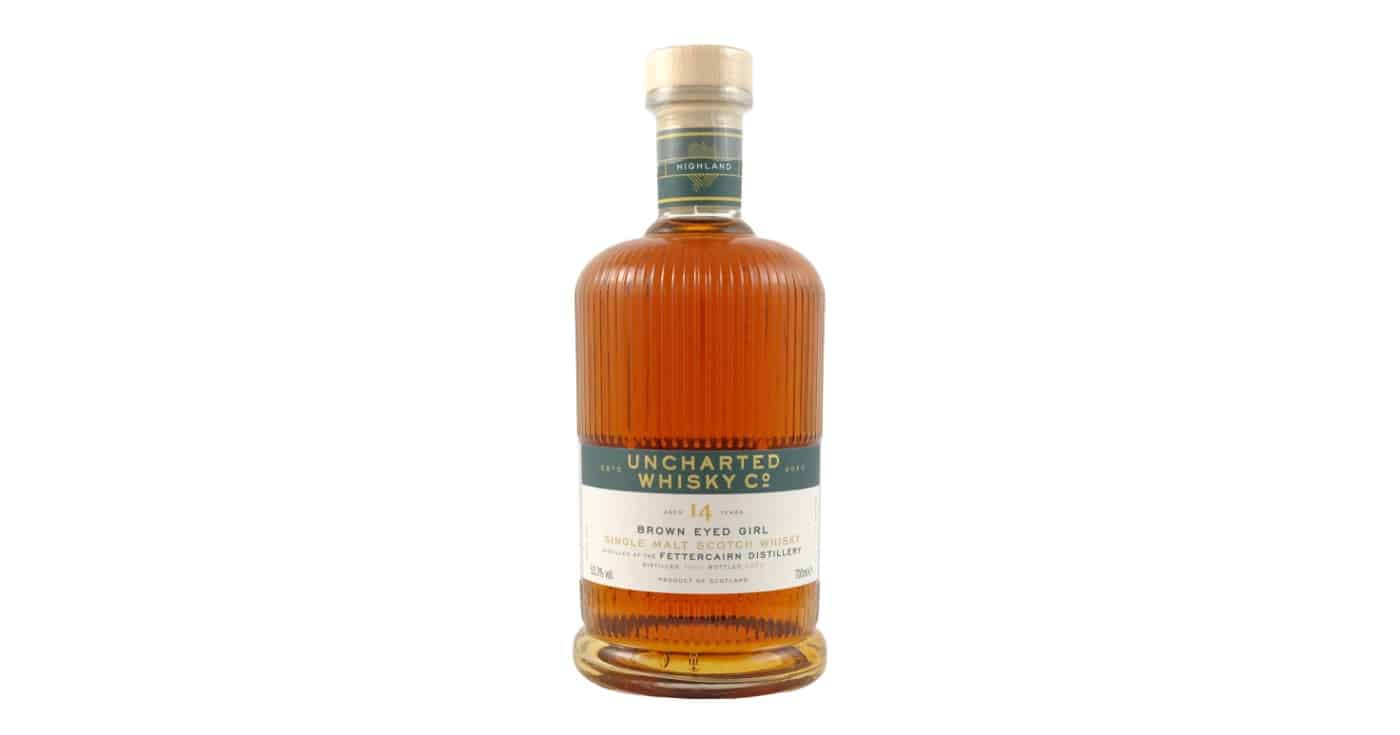 Did I review one of the Uncharted Whisky Company’s releases yet? I don’t think so. They’re relatively new anyway. Let’s start with their Fettercairn 2007 14 Years, dubbed Brown Eyed Girl (supposedly after the classic Van Morrison song).

Uncharted Whisky Company is Jack and Dana’s baby; they pick the casks, arrange bottlings and answer emails and calls. I suspect it’s a quaint operation, but they’re starting to make a name for themselves. The stunning bottle design helps, although that’s no guarantee the whisky’ll be any good.

Ever since Whyte & Mackay made Fettercairn more of a priority, we’ve seen the number of independent bottlings grow. It’s the same effect that Billy Walker has had on GlenAllachie. Not many independents thought to bottle it before, because there wasn’t much of a market, but now the owners have put in some marketing effort, both GlenAllachie and Fettercairn are an easier sell.

Nose: Typical Pedro Ximénez notes of dates, raisins and dried figs, but also pickled cherries and vanilla custard – even lychees. After a little while some mocha, chocolate and hazelnut too.
Taste: Proper creamy mouthfeel (cloying almost) with some cloves and nutmeg highlighting the arrival. Intense dark chocolate, slivers of gingerbread and almond macaroon too, followed by Werther’s Original. Water brings out a touch of cough syrup.
Finish: Subtle spices make an encore, evolving into dried figs and cherry candy canes.

Conclusion
It's the slight lack of balance that keeps me from rating this higher. The spices are slightly too present on the palate, while the sweet and sour on the nose don't entirely mix. Otherwise the Fettercairn 2007 14 Years from Uncharted Whisky has all the ingredients to supply a pleasant tasting experience.
8.4