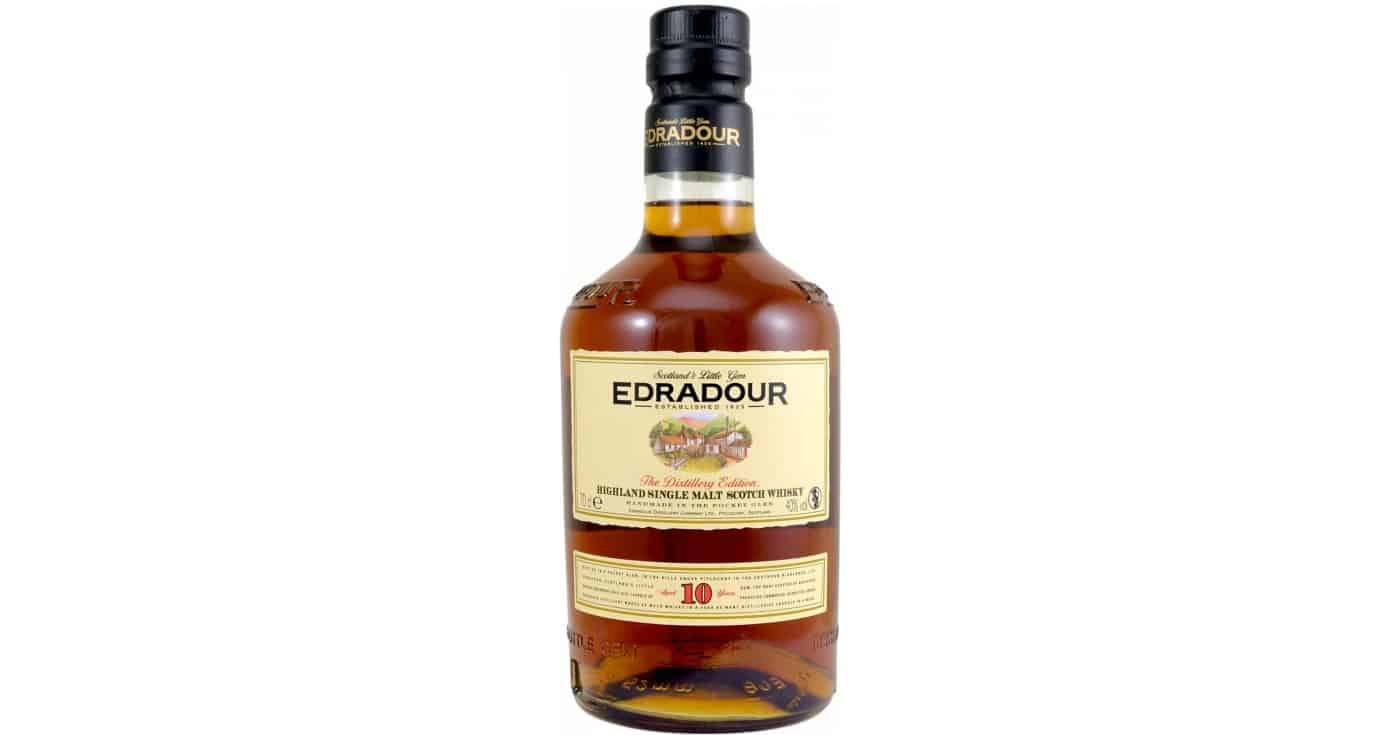 You’ve probably seen the title of this review and are thinking to yourself: I had no idea there was a Dark Sherry Edition of the Edradour 10 Years. And I don’t blame you. Because I guess there is, but there also isn’t. It’s rather an example of a little trick by the Dutch importer, probably to sell a few more bottles, similar to how I’ve tempted you into reading this blog post.

Because after all, no matter how much you might deny it, we’re all intrigued whenever a whisky has a noticeable dark colour. There’s a thriving Facebook group dedicated to all sherry matured whisky, but not one for peated whisky, let alone humble bourbon matured whisky. Even though most of us know better, something in our brain responds to a dark whisky.

Distilleries and independent bottlers aren’t stupid, they know this too. There’s a reason we’ve seen an influx of whiskies that have received a short finish in a (very wet?) sherry cask. Even Springbank and Signatory Vintage started doing this. The fact that this process often infuses colour but not much of the right flavour elements doesn’t seem to hurt sales at all. Appearances truly can be deceiving.

But what about that Edradour though? Well, it’s just the regular Edradour 10 Years that has been around for a long time. However, this is a batch with a remarkable dark colour. It didn’t get that hue from artificial colouring, I checked. It says so right on the bottle. What it doesn’t say on the bottle is Dark Sherry. That’s a nifty little addition by our Dutch importer.

I haven’t tried the Edradour 10 Years since I finished my own bottle many, many years ago. I remember it as an enjoyable, inoffensive whisky, while others have mentioned quite a bit of batch variation. It might’ve been a good idea to compare this unofficial Dark Sherry edition against a regular batch, but I suppose I should’ve thought of that earlier. Instead, let’s judge this on its own merits.

Nose: Overall a bit shy. Some notes of cherry syrup, a whiff of cocoa powder, some toffee and a malty backbone with a touch of mint. Not the most expressive, but certainly well-rounded.
Taste: A whiff of almond oil with some hazelnuts, as well fudge and toffee. There’s some notes of pepper and cloves too. Finally a whiff of burnt toast, melted butter and milk chocolate.
Finish: Short to medium in length. More of the above.

Conclusion
Well-rounded and balanced, the sherry influence is fairly discernable. This batch of the Edradour 10 Years might not be a sherry bomb in the classic sense, but that's mostly due to the low abv. It's already good, but would've been more memorable at 46%.
8.3